The COVID-19 pandemic canceled the Salt Bay Chamberfest this year, but one musician still wanted something special for lovers of classical chamber music. 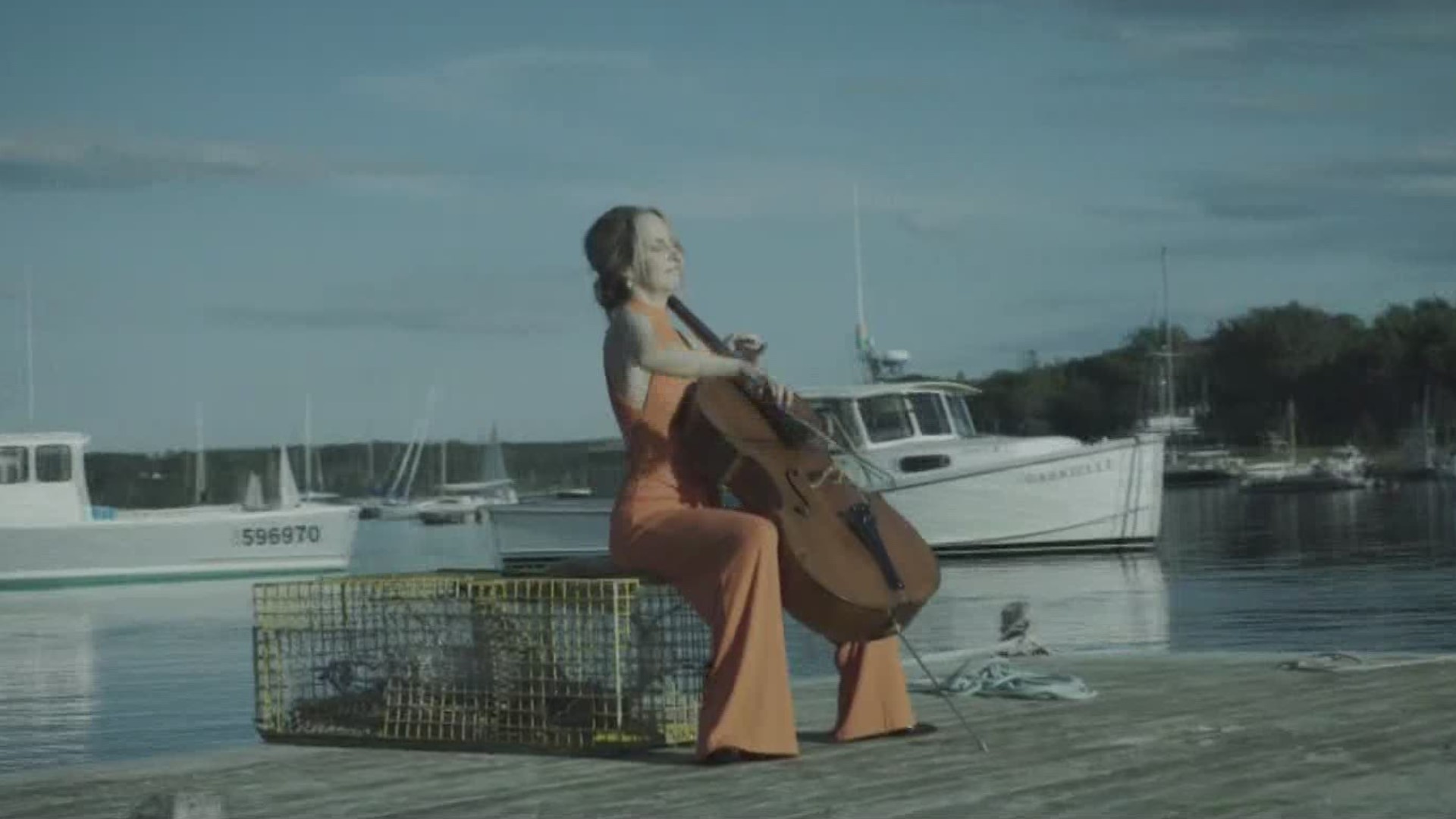 BRISTOL, Maine — It was, without question, an unusual sight. A woman in a bright orange dress, sitting on a lobster trap in the middle of Round Pound harbor—playing her cello.

It was not a September mirage. Instead, it was Wilhemina Smith, keeping alive the tradition of the Salt Bay Chamberfest.

Smith started the chamber music event 26 years ago and has performed in the midcoast area every summer since. The COVID-19 pandemic canceled the performances this year, but Smith said she still wanted to do something for loyal followers and lovers of classical chamber music.

“I think now, more than ever, its important because people are going through difficult times and music is the balm, the thing that heals and provides solace and provides joy when we don’t have it otherwise,” she said, sitting at a picnic table overlooking the harbor in Round Pond village.

Smith says she came to the harbor often as a child and still visits each summer. So it seemed only natural to produce a music video here of Smith herself, playing the cello literally in the middle of the harbor, while video crews recorded.

She produced a second video playing on the rocks at Pemaquid Point in Bristol, while the waves and tide inched ever closer.

“I did come close to being washed away a couple of times,” the musician laughed.

Those videos will appear on the website of the Salt Bay Chamberfest in early October. Smith said she hopes people appreciate the connection between beautiful music and beautiful places, and that it sustains followers of the Chamberfest until another summer when the only risk will be rain.