The Hancock County Sheriff's Dept. is investigating after an MMA alumnus shot his own cannon at a football game injuring a referee. 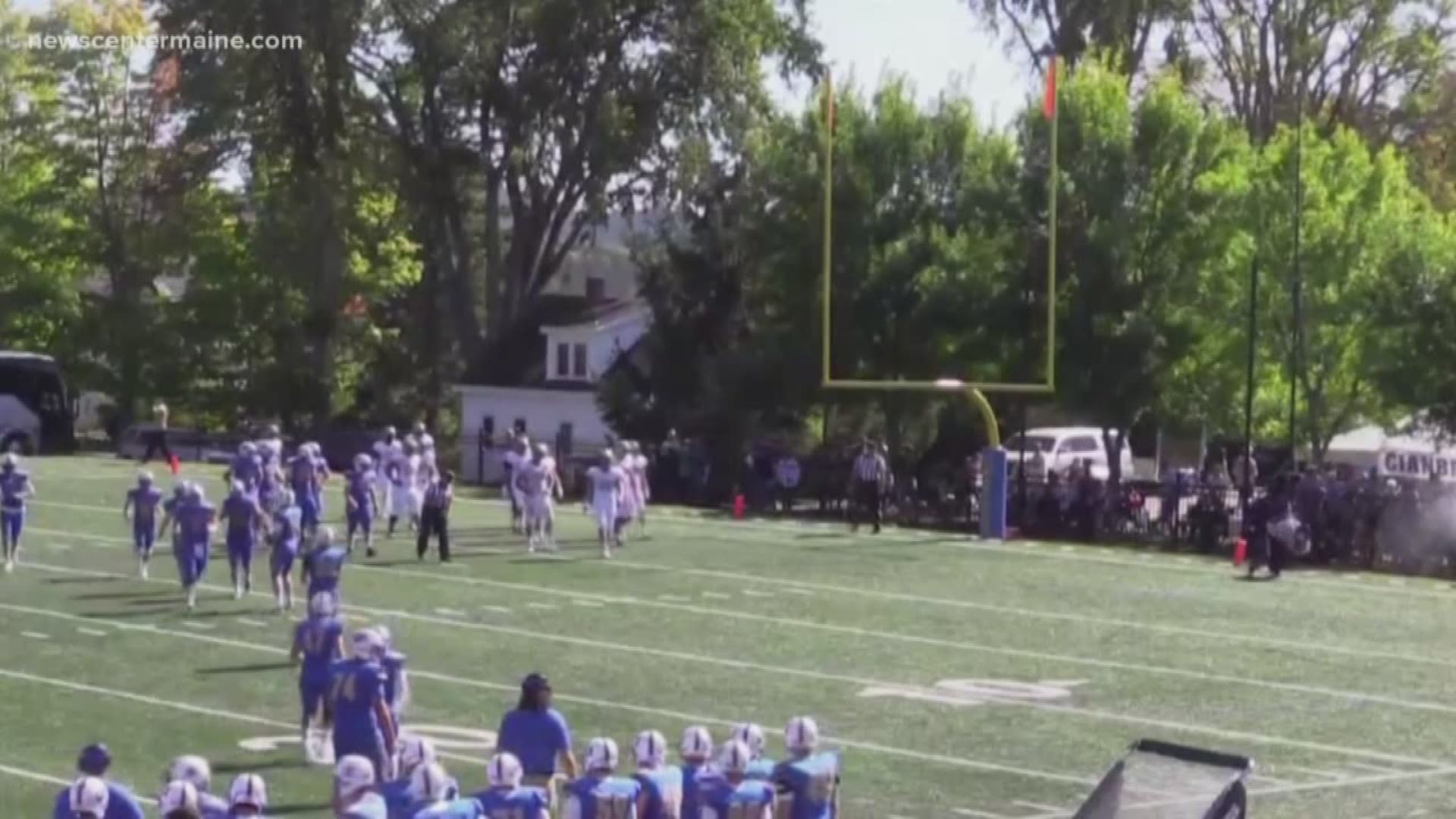 CASTINE, Maine — A referee is recovering after he was hit in the face with a cannon while officiating a Maine Maritime Academy football game in Castine on Saturday.

According to the Hancock County Sheriff's Dept., an MMA alumnus brought his own cannon to the football game on Sept. 21.

After MMA scores it is a tradition for the school to sound off a cannon using a blank shotgun shell.

The alumni who brought his own cannon had it loaded with black powder and a substance that he had made into a "wad," according to the Hancock County Sheriff's Office. 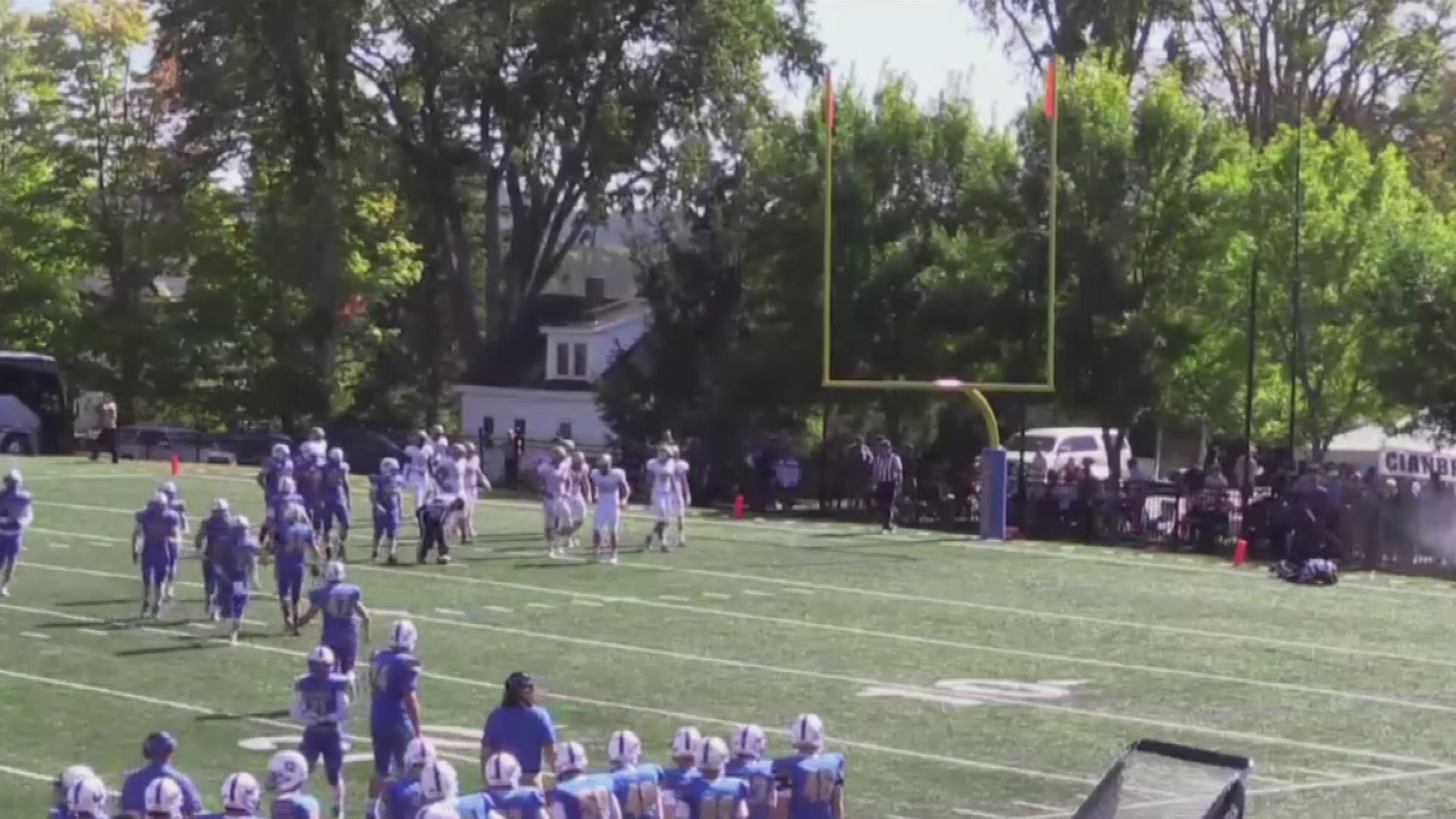 A referee on the field was hit in the head by the wad and immediately grabbed his head and dropped to the ground as other refs and coaches rushed to his aid.

The referee was taken to a local hospital with non-life threatening injuries.

The Hancock County Sheriff's Dept. continues to investigate and will be forwarding their findings to the district attorney's office pending potential criminal charges.

The Director of College Relations, Jennifer DeJoy, said the alumnus, who is not being named, fired the cannon from outside the fence behind the end zone.

After the accident, the Maine Maritime Academy’s president has said these devices will no longer be allowed on campus for future events.