A large part of the Maine coast remains closed for harvesting of shellfish including clams, oysters, and mussels. 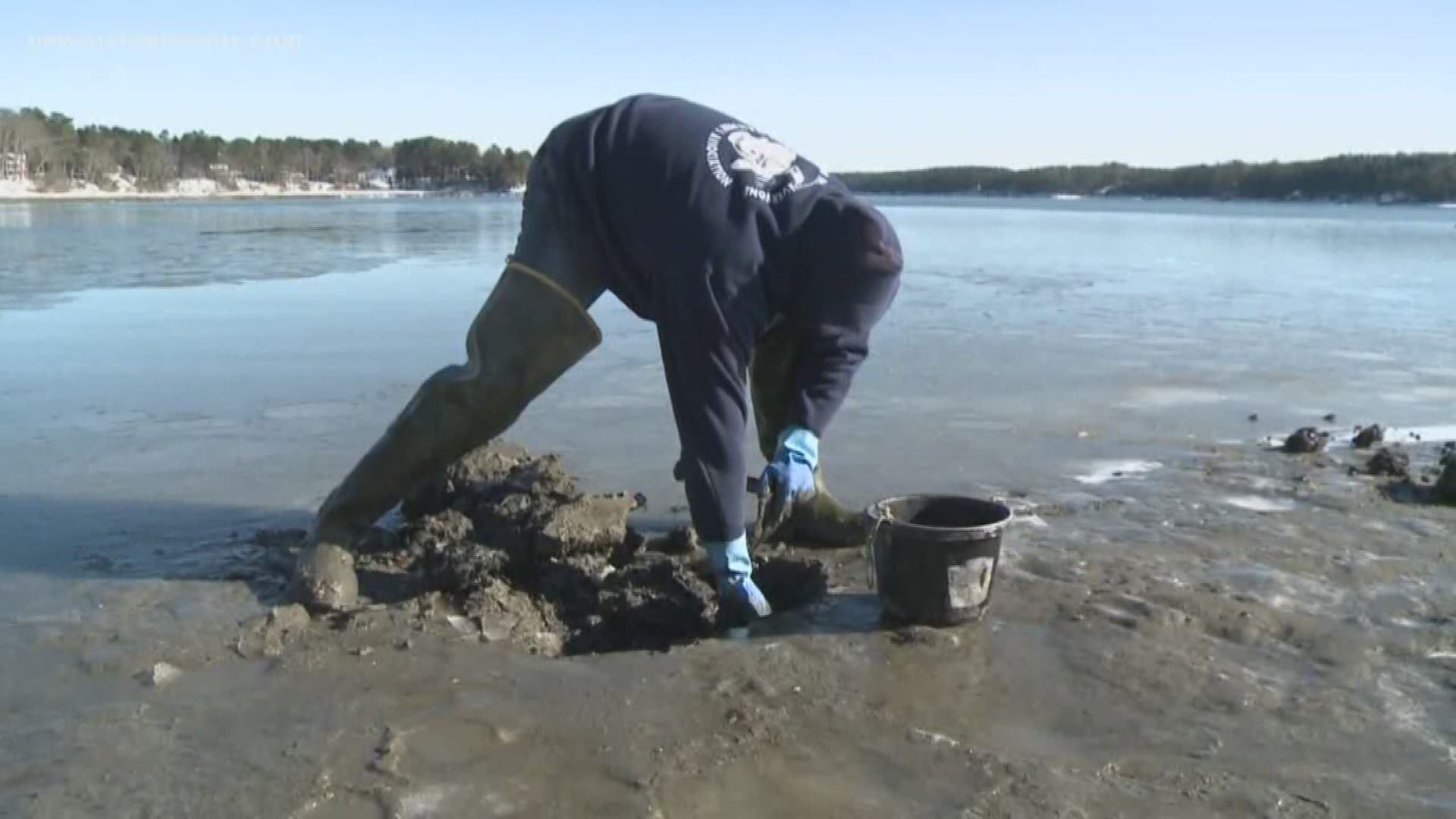 PORTLAND, Maine — A large part of the Maine coast remains closed for harvesting of shellfish including clams, oysters, and mussels.

It's because of 'red tide', or harmful algal blooms that occur in the Gulf of Maine each year.

Shellfish are filter-feeders, meaning as water filters through their system, they consume this harmful toxin. So, while it's in their system, it's unsafe for humans to eat them.

Shellfish samples are collected up and down the Maine coast between March and October, to monitor levels of Red Tide. Based on the results, the state determines which areas are unsafe for harvesting.  Businesses plan for the closures each year — but this year, it's the length of that closure that is having a real impact.

Matthew Moretti, President of Wild Ocean Aquaculture and Bangs Island Mussels, says this year it's "a lot worse than in the past," not being able to harvest in Casco Bay for the last 10 weeks.

"This year we're at 10 weeks and that's quite abnormal. Someone described it to me a few weeks ago as the 100 year storm of red tide this year," Moretti said.

Quahog Bay Conservancy, near Harpswell, is home to Snow Island Oysters. 100% of their proceeds go to the conservancy's programs to protect the ecological integrity of Quahog Bay.

Nicole Twohig, Development Coordinator at Quahog Bay Conservancy and Darcie Couture, Consulting Marine Scientist, say approximately 70,000 oysters have not been sold during this period of time. "We get a range of price, but the average price is 85 cents (per oyster), so that's about $60,000," Couture said.

Weather has some role in the severity of red tide each season. Freshwater runoff from rain leads to more nutrients, contributing to blooms. But this year it appears a very large bloom offshore was directed by prevailing winds and ocean currents toward shore, that’s what’s extended the closure.

It’s safe to eat the shellfish you see in stores and at restaurants. The hope is that the restrictions will be lifted in the current weeks, as there is plenty waiting to be harvested.

Read the current restrictions on the Department of Marine Resources website.