Maine Senator Susan Collins is one of just three members of the Senate from outside of Texas to be invited to the funeral for former First Lady Barbara Bush. 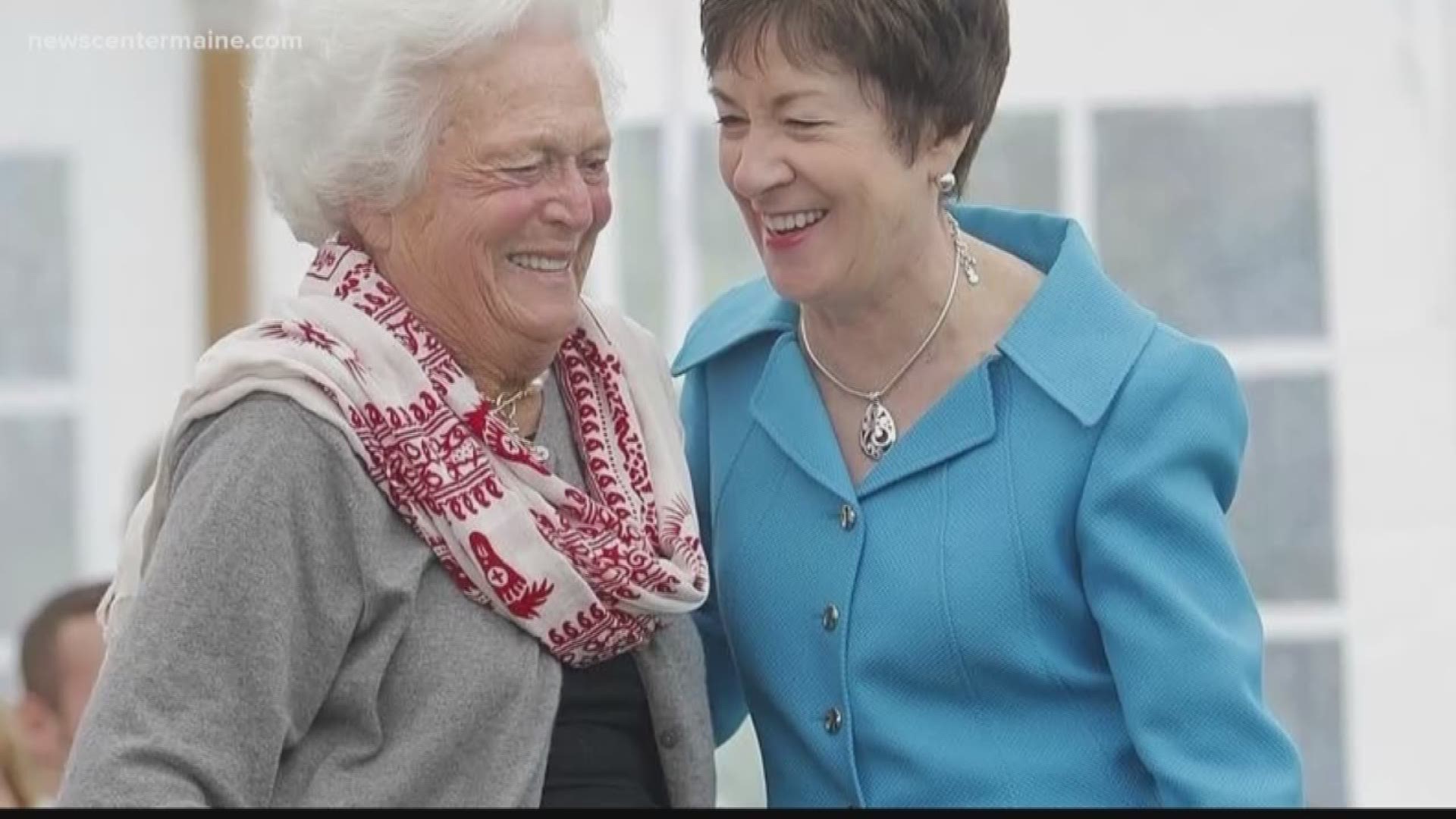 HOUSTON, Texas (NEWS CENTER Maine) -- Senator Susan Collins is one of just three members of the Senate from outside of Texas to be invited to the funeral for former First Lady Barbara Bush.

Senator Collins first met Mrs. Bush in 1994 when she was running for governor, and Mrs. Bush campaigned with her.

President Bush called me over to his wheelchair to talk and he invited me to come and said, “I still want you to be sure to come see me when I’m in Kennebunkport this summer," said Senator Collins, adding that she intends to visit. "It won’t be the same without Barbara there. That was a common refrain that I heard from her children. They will still come to Maine and Maine will still always have a special place in their hearts, not just because it’s a wonderful place, but because their mother so loved our state."

Collins praised Mrs. Bush for her sweeping impact on the country and the state of Maine.

"Her commitment to the cause of literacy made a difference to families throughout United States, including the state of Maine. By helping adults as well as younger people learn to read, she was an extraordinary person who raised a wonderful family and left a real mark on the state of Maine," said Senator Collins. "It was a day that I’ll never forget. I was so honored to have been invited and to participate in such a fitting tribute to the first lady who was a model for all of us. She had a good humor, intelligence, and Her commitment to family and public service is an example that all of us should emulate."

Senator Collins says Mrs. Bush was a friend and strong supporter. Collins visited her and President Bush at their home in Kennebunkport every summer for more than 20 years. She says it was always one of the highlights of the year, and she will miss those visits with the former First Lady.

"I will really miss her so much. She was feisty, she was strong, she was funny, and just a joy to be with."

Mrs. Bush will lie in repose from noon to midnight at Saint Martin's Church Friday where police are expecting thousands to come pay their respects.

"The other memory I will always have of Barbara Bush was when we dedicated a garden in her honor in Kennebunkport. It was a surprise, and she arrived and she didn't have on her trademark pearls, and she had just come from the hairdresser. And she gave us all a very hard time about that, but she truly was a wonderful role model of service for everyone in America."

Sen. Collins traveled with First Lady Melania Trump to the services on Tuesday, along with butlers from the White House who served both Bush 41 and George W. Bush. Former White House Deputy Chief of Staff Joe Hagin was also on board the plane.

"We were very grateful," said Senator Collins. "I thought that was so thoughtful of her."

Senator Collins said she spoke with her about an official trip that she took to Slovenia, where Mrs. Trump is from. They talked about the pressure that Russia has put on the government in the Balkan area. She also told her about how the Maine National Guard has had a relationship for nearly 12 years with Montenegro to help prepare the nation become a member of NATO. 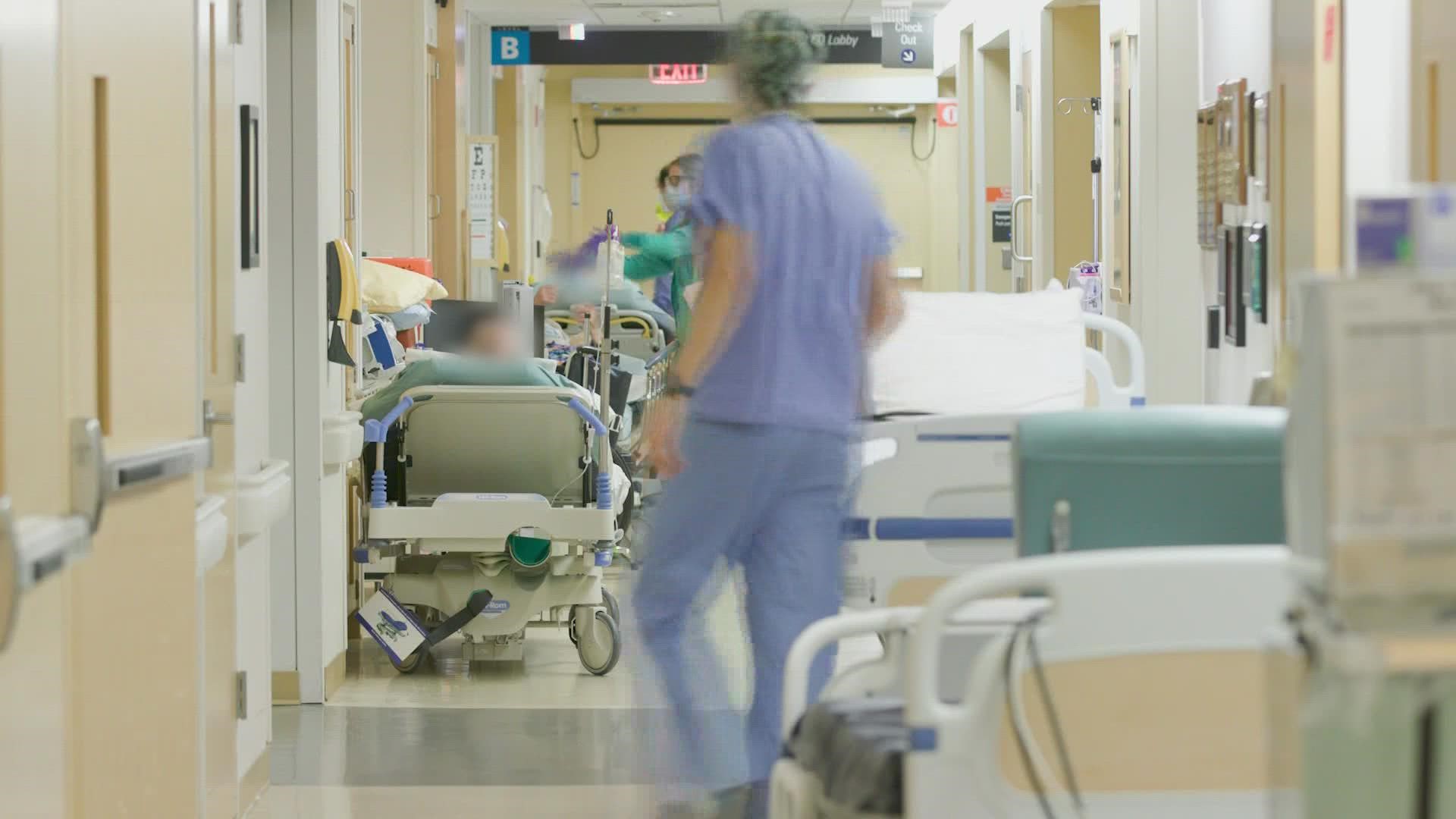