Show up or shut up: Sec. of State warns public of relying on expected high voter turnout

Maine's midterm elections feature an open race for Governor with no incumbent. Secretary of State Matt Dunlap believes that race could play a big role in voter turnout. 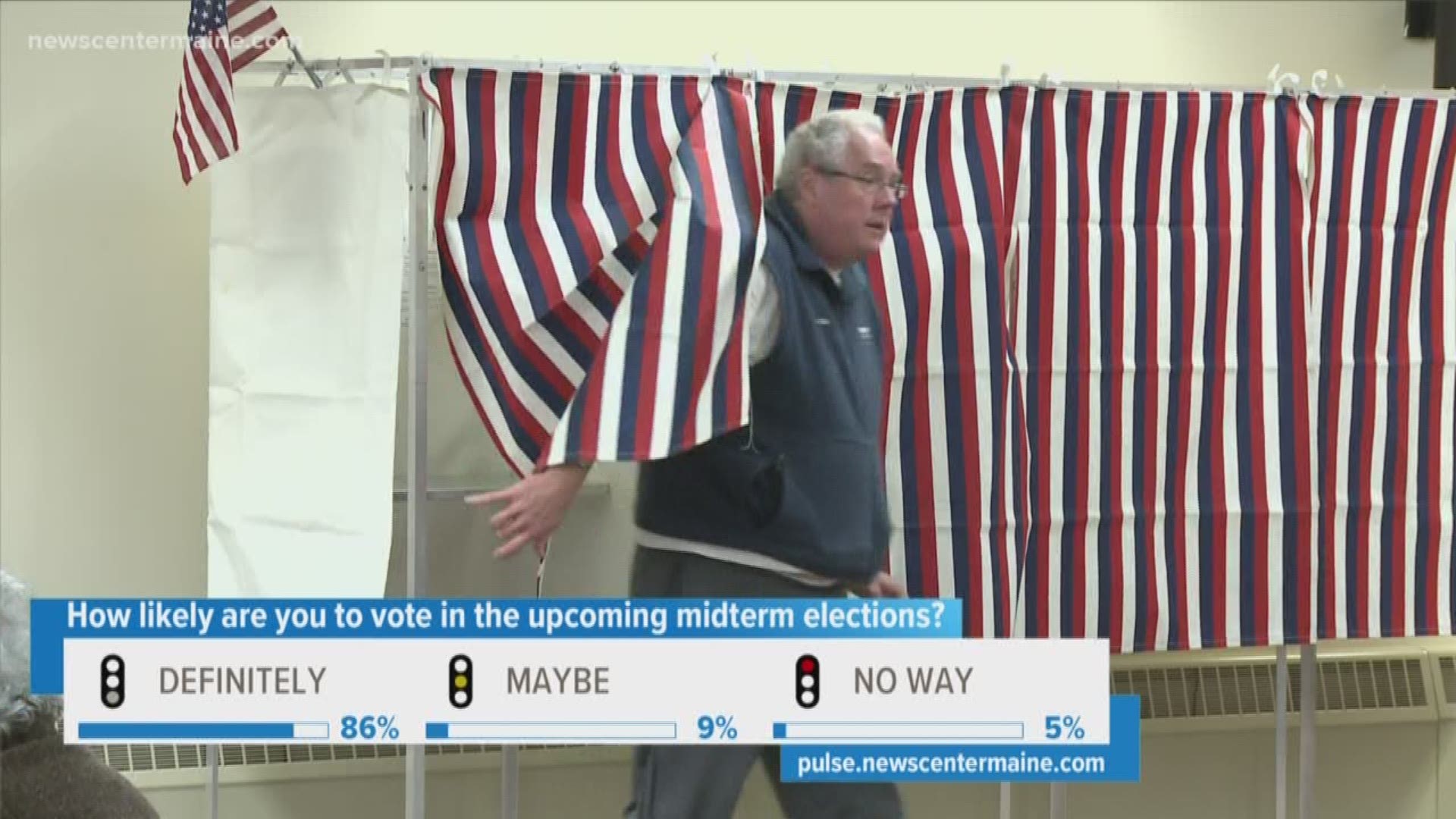 STATEWIDE (NEWS CENTER Maine) -- Maine's Secretary of State said Tuesday he expects the 2018 midterm elections to draw nearly 65 percent of eligible voters to the polls, which would be a record for a non-Presidential race.

Since 2002, turnout of eligible -- not just registered -- voters has increased each midterm cycle from 52.04 percent in 2002, to 59.24 percent in 2014. Dunlap's projection of 65 percent would make it the highest percentage turnout in a Gubernatorial election in Maine's history -- if it holds true.

"People are starting to understand that if you really want your voice heard you need to show up and express it," said Secretary Dunlap. "Ever since the Presidential cycle, we've seen more people energized about the public discourse than we've seen in previous cycles."

But Dunlap warns: do not rely on these projections to make your own voice heard.

"You do have that cadre of American citizens who live in the state of Maine who would walk through a 10-foot snowdrift if it was an election, because they feel that strongly about their right to vote," said Dunlap.

He said the Congressional races, the Senate race, and the open race for Governor seems to be drawing interest.

Tuesday was National Voter Registration Day, and many young voters are getting involved.

"I think social media is the best way of letting other people my age know that midterm elections do make a difference and that they are very important," said Yarmouth native and American University freshman Eliza Brown, who co-organized one of the Student Walkout protests against gun violence in March. "It makes you really see that you're supported by other people and it's the opposite of discouraging or feeling like you wasted your time."

College Republicans at the University of Maine said they plan to drum up support from people in rural communities to boost voter turnout from less urban communities.

"It's really important to us that voters are informed and make good decisions on Election Day," said sophomore Jeremiah Childs.

MORE ► National Voter Registration Day: How to register in Maine, by what time, and where