Members of the community gathered in West Fork for a snowmobile ride for a cause. The goal was to raise awareness of what the proposed Central Maine Power transmission line means. 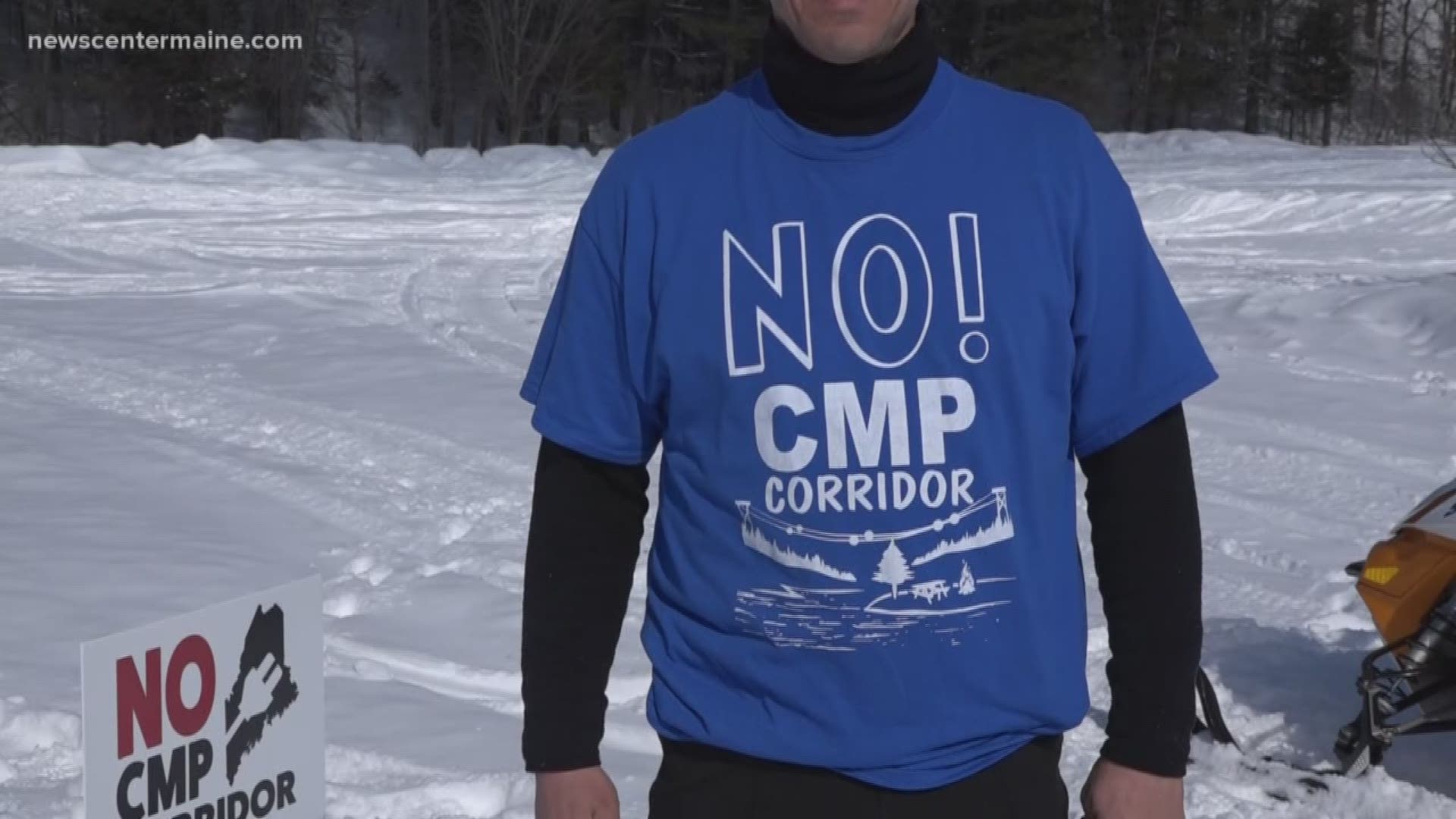 WEST FORKS, Maine — A snowmobile ride for a cause.

That was Friday's agenda for members of the West Forks community who are saying "no" to the proposed Central Maine Power (CMP) power line project.

Gov. Janet Mills has put her support behind the project.

But for the people who live in the affected region, they are afraid of what this power line would do for both the scenic areas and the environment.

"Once your landscape is industrialized, there’s no turning back," Noah Hale said. "Ask West Virginia."

So on a sunny Friday morning in Maine, those concerned citizens took a snowmobile ride to the summit of Coburn Mountain to enjoy the views. The views they fear might soon be blocked.

"This state is being used," Hale said.

He and others who oppose the project say the power lines are being proposed here in Maine because they make it more cost effective to get power from Quebec to Massachusetts.

Hale says the corridor will cross the Appalachian Trail, the Kennebec River, Coburn Mountain and 115 waterways.

"I have friends now from all over the country that come here to snowmobile in the winter and the reason they come here is to get away from infrastructure," Monica McCarthy told NEWS CENTER Maine.

According to the National Resources Council of Maine, more than 10,000 Mainers have signed petitions opposing the corridor line and seven towns in the affected region are now on record against it too.