Second-graders at West Bath School were excited to receive 200 Atlantic Salmon eggs from the Fish Friends Program. They knew there would be a release in the spring, but they didn't know how many would survive. 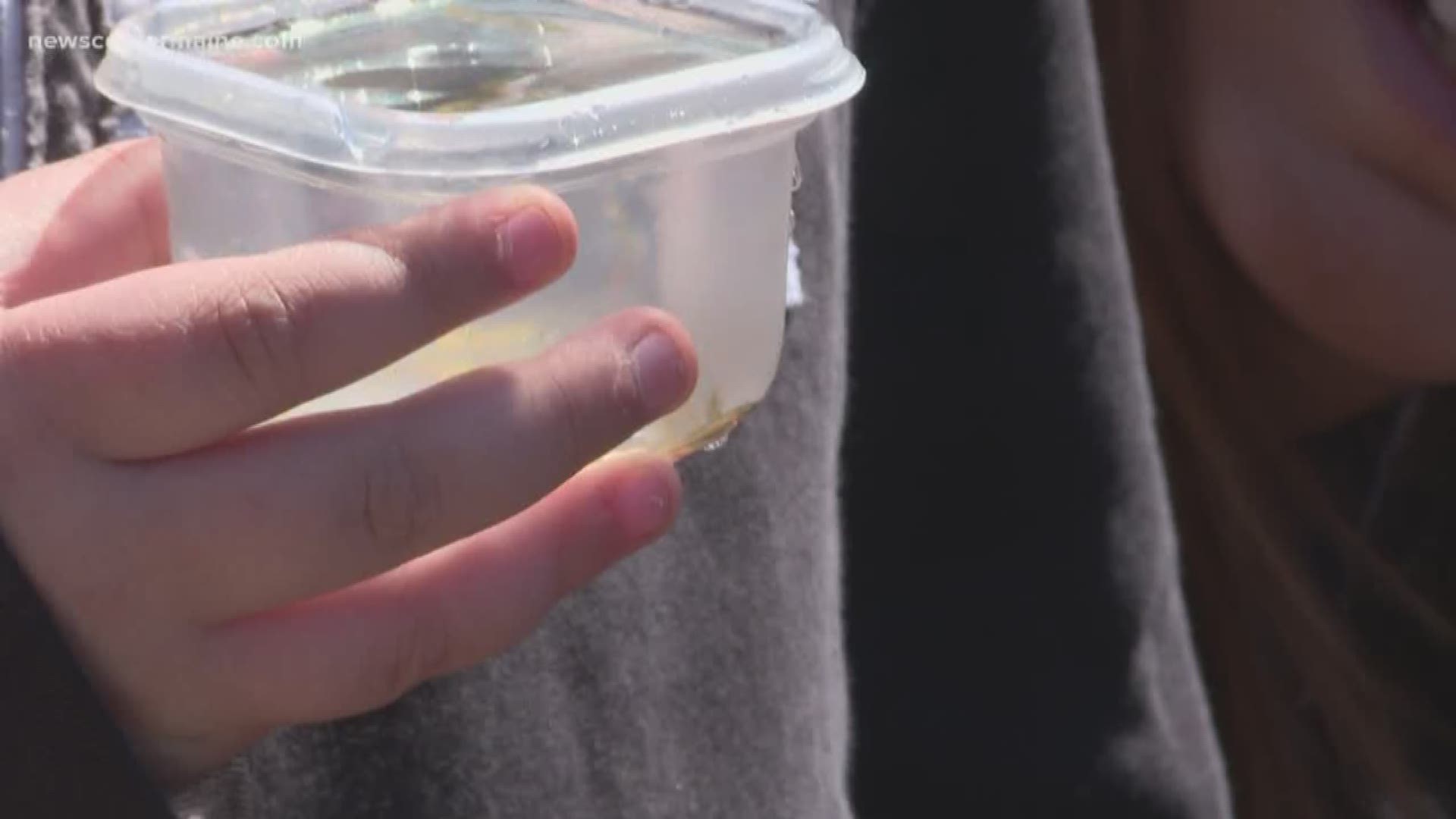 BATH, Maine — A Bath classroom was turned into a fish hatchery this winter.

"We started with 200 and the water temperature dropped, so some of them died," said 8-year-old Bryson Whorff.

His teacher, Kelsey Marco, taught the students the different stages of the salmon's life. The fish reached the Frye stage by spring, just in time to be released into the Sebatus River at Jillson Farm.

"Salmon are endangered in Maine so we're helping to protect them, so that predators don't get to them and then releasing them to add to the population," Marco said.

As each student released the Frye, they're counted and documented. Discovering how many survived the change in water temperature that happened in the fish tank. A number that came to 120 fish.

Around 100 Maine schools took part in the Fish Friends Program this year. This is the third year that Marco's class released Atlantic Salmon.