'It's okay to be white': Police investigate racially charged signs found near Bates College in Lewiston

The flyers were found over the weekend near the college’s bookstore, school officials say they are working with the Lewiston Police Department to investigate where they came from. 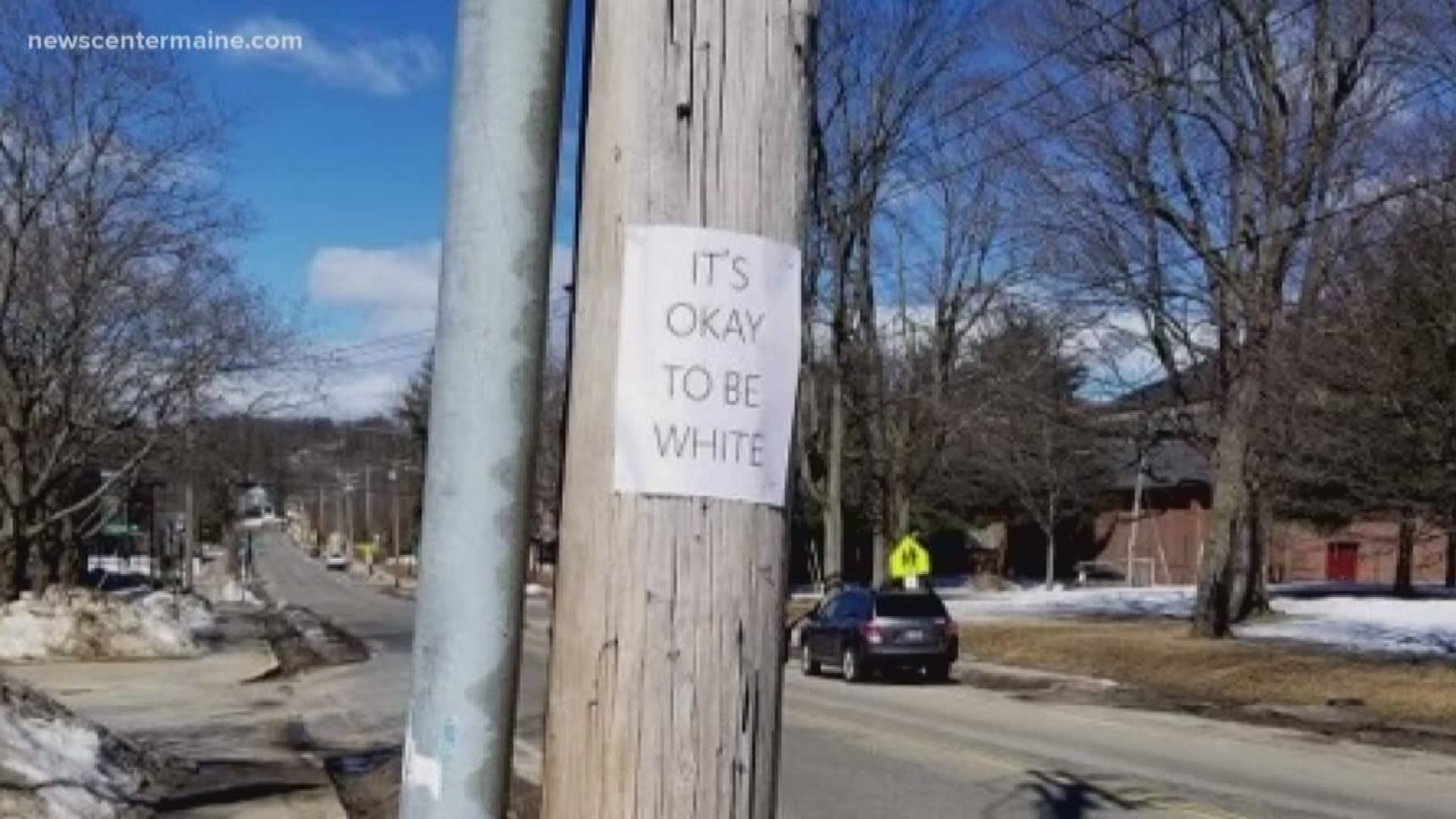 LEWISTON, Maine — School officials at Bates College in Lewiston are working with city law enforcement to identify the source or origin of flyers recently posted around campus that read, "IT'S OKAY TO BE WHITE."

The flyers were first noticed Sunday morning. One student snapped a picture and sent it to the school’s student body president, Walter Washington.

"I was actually very surprised," Washington said in a phone interview Monday. "With Lewiston being one of the more diverse communities in the state of Maine, it was just kind of shocking to me."

Washington says he notified police and the signs were taken down. He’s not sure how many in total were found around campus.

A statement from the school’s communication officer, Sean Findlen, reads:

"Bates is working actively with the Lewiston Police Department to investigate where these flyers were posted, by whom, and with what intent. We condemn any attempt to incite hatred and bigotry based on race, as contrary to Bates' most deeply held values."

Lewiston police has yet to respond to our request for comment.

Washington says he hopes this situation is something everyone can learn from. Going on to say, it’s sad this is where we are as a nation, but at the end of the day, it’s the reality.

"Especially with what you see happening in New Zealand and other places, it’s shocking but at the same time, at the end of the day this is where we are," Washington said. "We’ve got to move forward, we’ve got to progress as a society and this is a clear indicator of how far we have to go."