Embracing 'lucky fins' and other differences

Musician Tony Memmel visits the Morse Street School in Freeport to teach kids about overcoming obstacles and embracing their differences. 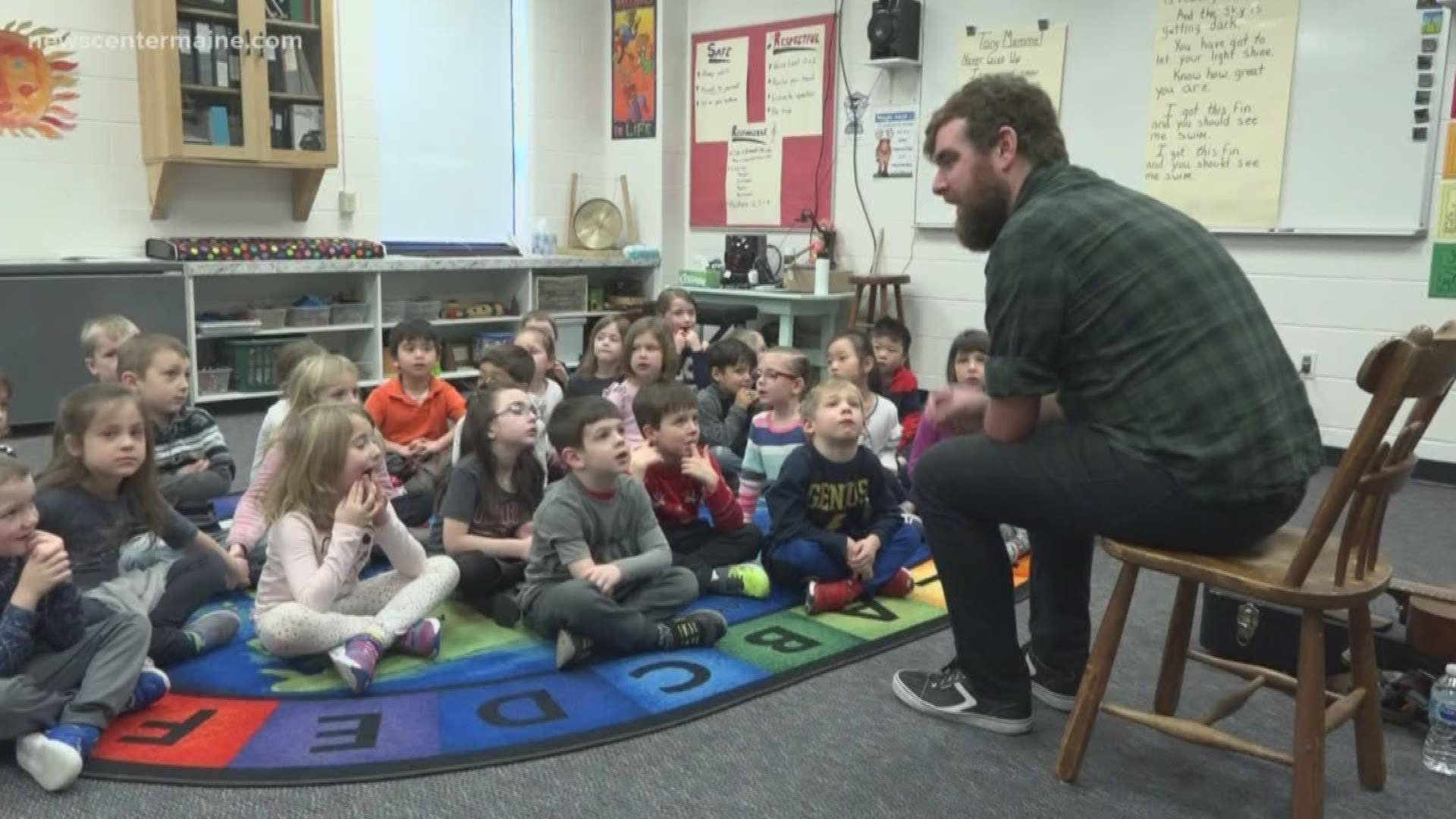 FREEPORT, Maine — Musician Tony Memmel visited the Morse Street School in Freeport on Tuesday to speak to students and perform.

Memmel is known for uplifting songs such as "Never, Never, Never Gonna Give Up" and the "Lucky Fin Song."

The Lucky Fin Song is special to Memmel and his audience. That's because he was born with a "lucky fin," which in this case, refers to people with a hand or limb difference.

The term comes from the Disney Pixar movie Finding Nemo.

Memmel was born without part of his left arm. However, that didn't stop him from pursuing his passion for music. At 13-years-old, he taught himself how to play guitar.

It took him years to perfect a special "guitar pick." Today, he uses one made of gorilla tape.

Memmel's visit to Morse Street School was special because he was able to spend the day with a young boy he has known for years.

Five-year-old Harvey Burgess of Freeport was also born with an arm difference.

The Burgess family met Memmel at a Helping Hands Foundation event in Massachusetts five years ago.

"I've known Harvey since he was very very young. I've known his family for a long time. So this day has been a long time in the works," says Memmel. "This opportunity to be here and share this message with his school feels like we're coming full circle."

Harvey's mother Barbara Burgess says she hopes having Memmel at the school will help show kids her son is no different from them.

"They can see Tony and say oh yeah, Harvey can do whatever, because look at Tony who is here playing guitar, traveling the world playing the guitar," Barbara Burgess said.

Memmel says everyone has a metaphorical "lucky fin," something that makes them different, and can learn from his message of resilience.

Shriners Children's Hospital, Angel City Sports and the Lucky Fin Project are just a few of the wonderful organizations Tony works with while he travels the world inspiring others.

For more information about the Lucky Fin Project, click here.

For more information about the Helping Hands Foundation, click here.