And you didn't think 2020 could blow any harder 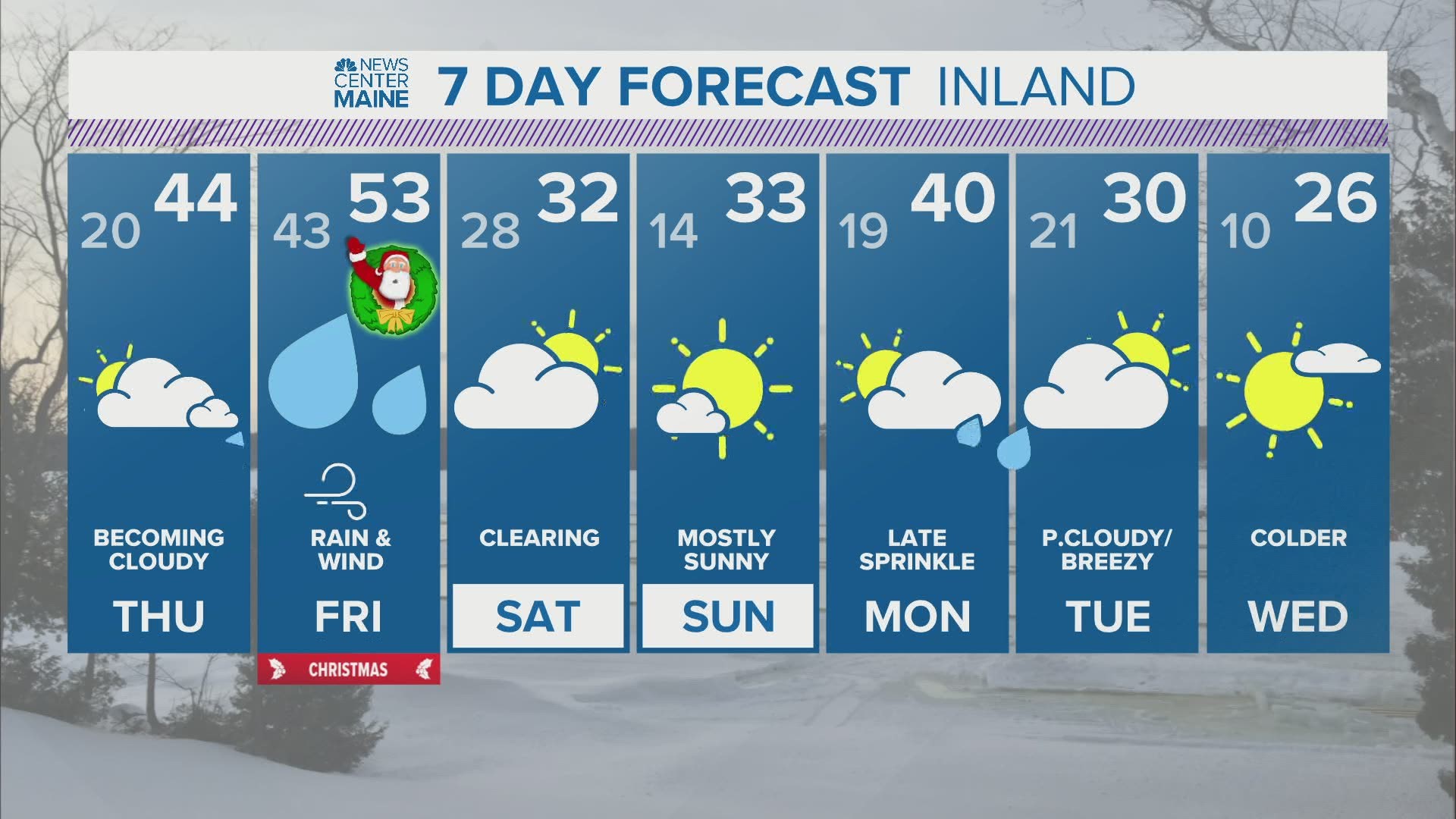 MAINE, USA — There aren't many times I want to be wrong about a forecast.

Let's face it; you all love trolling meteorologists when we faceplant; so one of my motivations to constantly improve my forecasting is NOT getting tagged when you're feeling all salty on Twitter.

Alas, this time I was hoping to be wrong. It would be worth the trade. I can take the heat...

But the storm for Christmas is very much on. It's been a lock for days.

This system is a "wrapped up" or occluded storm, which means the low sits back well West of the warm and cold front. I know you don't care, I barely do, but the reason that matters is these type of occluded lows tend to produce tremendous wind energy on the cold front part of the complex.

And that's the part we are getting...

Because the warm front will be way up in Canada this is a rain event and it's not even close.

The amount of moisture available in the atmosphere for this time of year is in the top 5% of historical records. Part of that is due to warm surface temperatures into the mid 50s and the other part is due to a tropical moisture fetch that reaches down the coastline.

The resulting rain bands will produce torrential downpours capable of putting down 1.5-2.5 inches of rain.

There is also strong reason to believe the heaviest rainfall amounts will be in the mountains due to an "upslope" setup of winds piling moisture against the terrain.

Any rainfall amounts must be padded to account for the fact that the rain will melt snow, which has moisture content of its own. So that will add another 0.5" or so to effective totals.

Flooding, as you can probably tell, is going to be a major concern.

Although flooding is definitely a concern, my biggest concern with this storm is the wind.

Partially because the wind looks strong, but also because power outages on Christmas Day are especially impactful (it's a word, just let it go).

Nothing has changed as far as that forecast goes . We are looking at widespread gusts over 50 MPH along the coastline, with the top end coming in around 65 MPH.

I feel confident about this forecast, but I will admit there will be a BIG swing in power outage numbers between the low end of 50 MPH and the high end of 65 MPH.

So that's what I'll be watching most closely on Christmas Day.

You think I'm taking the day off? Don't be a fool. Weenies never stop weening...

Things are pretty quiet until at least midnight on Christmas Eve. Even the early morning on Christmas Day doesn't look terrible unless you are one of the most western towns.

But by mid-late morning on Christmas, the wheels fall off. Heavy rain and wind lasts through the afternoon and into the early evening at that point.

Things settle after midnight on Christmas.

My Instagram- Come for me, stay for my wife and baby: https://www.instagram.com/keithcarsonweather/