Say goodbye to spring and hello again to winter

The warm weather comes to an end in Maine Friday evening. Colder, windy days return for the weekend. 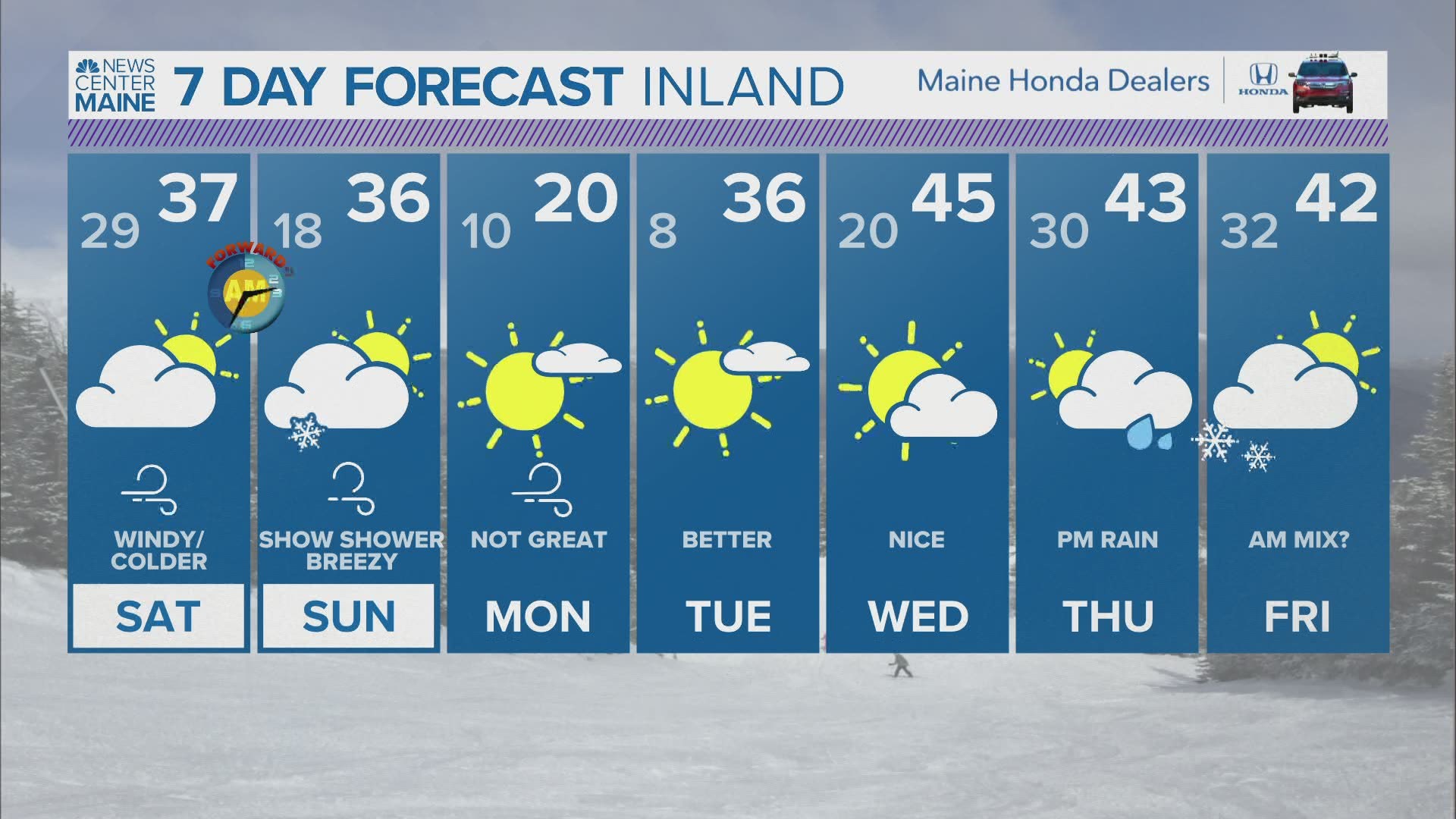 Whatever you want to call it, the warmth is coming to an end. Quickly.

The first in a series of cold fronts has already passed. Friday night, an arctic front passes. Colder air settles in and drops temperatures from being well above average into the near average category.

But that's not where we end up. A third reinforcing shot of cold air will pull temperatures below average for Sunday and Monday.

Factor in the wind, and it’s just adding insult to injury. Wind chill values on Monday morning will be below zero across Maine and New Hampshire.

As the front rolls through Friday evening, it will bring the right dynamics for some stout snow squalls in the western mountains and foothills. There's a small chance some of the flakes even make it to the coastline, but the dry air they encounter on the way will weaken them quite a bit.

Quick coatings of an inch are possible under these squalls. That also means rapidly changing conditions on the roads.

Watch for sudden drops in visibility and slick roadways.

The colder air rushing in will also favor some stronger gusts. Normally, we talk about the strongest gusts occurring on some of the highest elevations.

I'm changing my forecast a little bit from yesterday, because I think the best chance at gusts approaching 40-50 mph will actually be just downwind of the mountains in western Maine.

As the air flows down the terrain, which is called downsloping, the air warms up a little bit and dries out. This causes the air to become more "well-mixed."

In other words, it makes it possible to transfer some of the stronger wind above our head down to the surface of the earth.

Overall, I still think outage numbers will be quite low. The frozen ground and bare trees work in our favor.

The strongest gusts subside through the morning on Saturday, although the breeze does not let up until Tuesday.

Highs on Saturday will be near average for this time of year, which is in the upper 30s to near 40 degrees.

Some snow squalls are possible on Saturday morning with the lingering threat for some flurries. Accumulation will be small.

The next reinforcing shot of cold air is on Sunday. The breeze continues, with temperatures falling a couple of degrees from Saturday.

A few flurries might get mixed in, too, especially in the mountains.

The coldest day out of the next seven comes on Monday. High temperatures will be well below average.

Expect most spots to top out in the 20s on Monday, despite the sunshine.

If you love winter, then enjoy!

If you wanted the warm weather to stick around, we'll get there. The end of the week moderates a bit to end near average.

As for the long-range, precip chances remain limited. The next best chance will be in the middle or end of the week, but that's still up in the air for now.

RELATED: Hurricane season may officially begin earlier in the Atlantic