Tuesday's incoming snow: What to expect

Temperatures have dropped again. A few inches of snow are expected to fall starting Tuesday morning and continue through the evening. 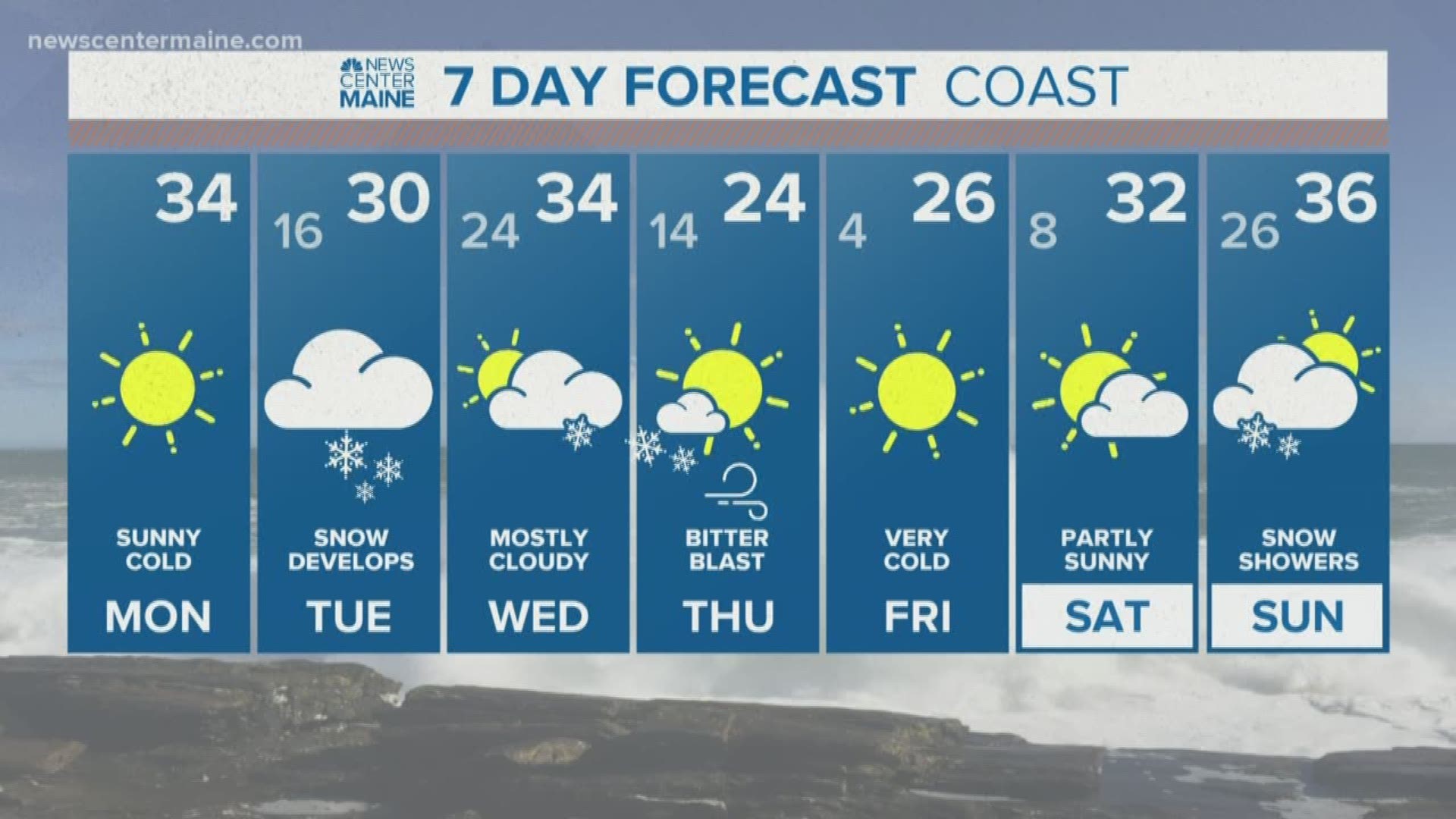 MAINE, USA — It was a very strange weekend with epic rain and very warm temperatures.

But temperatures dropped like a rock and Winter is back and here to stay for a while.

Even more than the temperatures, snow potential is what's getting the big buzz. To our south, a wave of low pressure is forming and ejecting north along a frontal boundary. It will travel south of New England, but the northern edge of the precipitation shield will graze us with snow tomorrow. This won;t be a large storm by any means, no strong wind or large waves but enough snow to cause commuting headaches.

The timing of the snow has been tough to pin down. But it now appears that snow will hold off until after the Tuesday morning commute. York County may be the exception, snow showers and flurries will be possible there early on.

The air will be very dry so the snow line will only inch north, getting into the Greater Portland area later in the morning.

The snow line will work into Eastern Maine early in the afternoon. Snow will be steady and the pace will pick up. Road conditions will deteriorate and commuting will be slippery and slow through the evening.

The storm system will glide out Tuesday night and snow will taper off around midnight. There may be some lingering flurries overnight but there will be plenty of time to clean up roads and sidewalks for a fairly smooth Wednesday morning commute.

This won't be a huge snowfall, we've had much bigger ones this season. But it will be a nuisance and driving around tomorrow afternoon is going to be very slow.