A storm system will move in late tonight with some much needed rain. Unfortunately, it will include some gusty wind too. 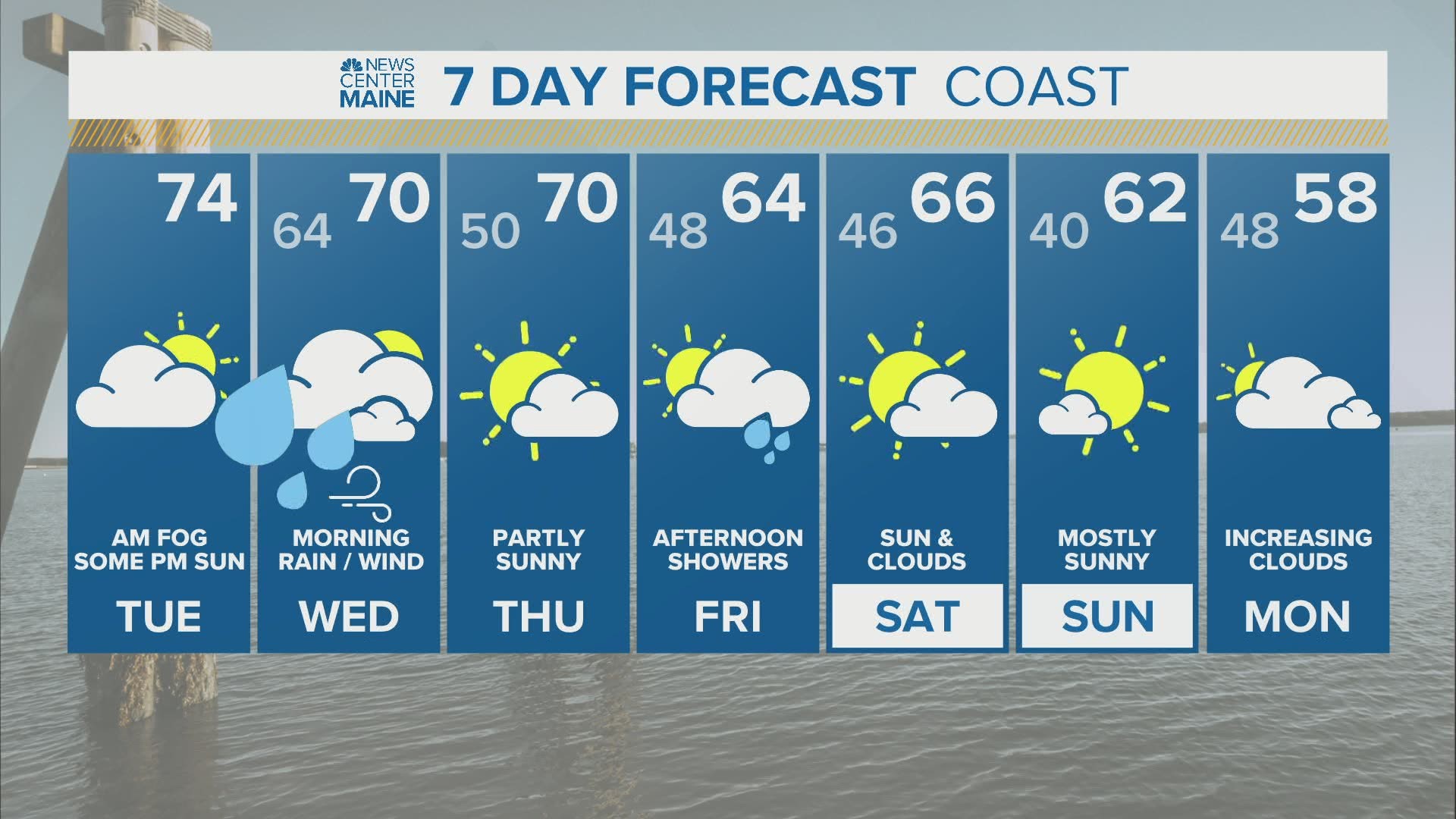 It's been a while since we've talked about rain but many communities will finally see a nice drink of water. A coldfront will sweep in overnight tonight. Low pressure will develop along it focusing steady rain and showers over Northern New England. A lot of lift will be generated from the low-level jet creating pockets of heavy rain during the morning commute. While not a drought buster, most will see between a half inch and an inch of rain. But I do expect locally higher amounts especially through the foothills and mountains where the terrain aids the heavy downpours.

While the rain won't lead to any flooding or have any negative impacts, wind is a concern.

The low level jet will be screaming out of the south above our heads tomorrow morning. Normally that wouldn't be a huge concern but with heavy downpours around some of those stronger winds could translate down. Gusts over 40 mph are possible between 6AM and Noon. Because leaves are still on trees, there's a concern for scattered tree damage and power outages now.

RELATED: Geomagnetic storm may bring Northern Lights to parts of the U.S.