Sun has been lacking throughout Maine this month. Some cities may end up with the wettest July on record. 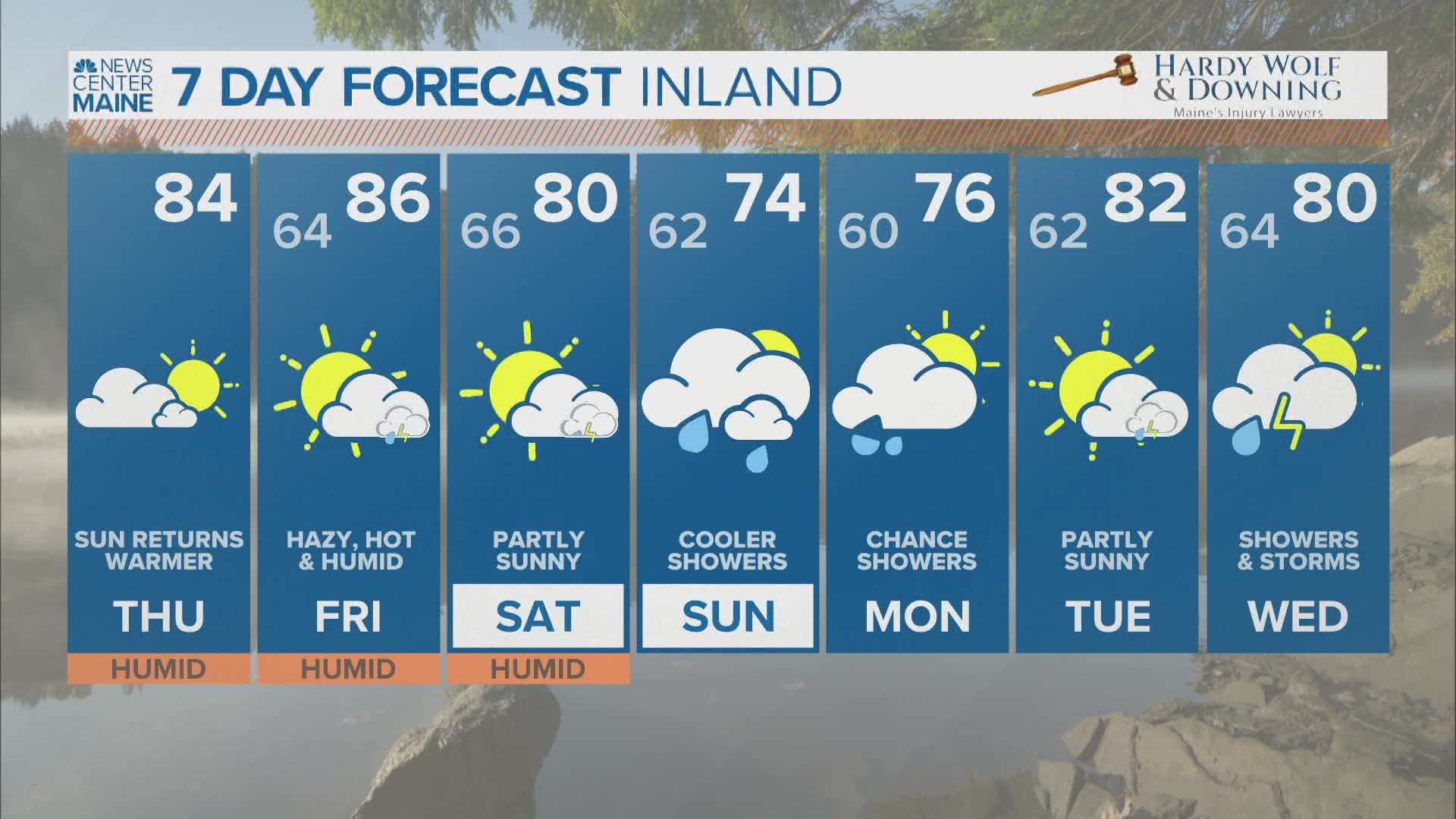 July has been an incredibly wet month so far. On the days without rain, clouds and fog have been plentiful.

Given the wet weather and my general love for statistics, I had to figure out just how wet things have been compared to normal.

On average, Portland receives 3.43" of rain each July. In fact, it is usually the driest month of the year.

Bangor typically receives 3.16" of rain in July. While February is the driest month in Bangor on average, July is still in the top three driest months. Spring and fall tend to be much wetter in both spots.

So far, Bangor has recorded its wettest start on record since 1926. The airport has officially measured 5.60" of rain through July 14, beating out second place by over an inch. The second wettest start (July 1 - July 14) was 1959, with 4.34" of rain recorded in the first two weeks.

Portland is not quite in the same boat, with the fourth wettest start to July on record. Portland's records go back much further, dating to 1871.

So far, the airport has recorded 4.80" of rain for the first two weeks of the month.

The remainder of the month looks very active, with another 1-2" of rain expected over the weekend and into the start of next week.

The wettest July on record in Bangor was in 1983, when 7.25" of rain fell. It is certainly possible both spots will end up with a top 10 wettest July given the pattern. Bangor may even end up in first place given the upcoming active forecast.

RELATED: This hurricane season, don’t get swept away with these viral memes - they’re false