The heaviest will be along the coast Sunday evening. 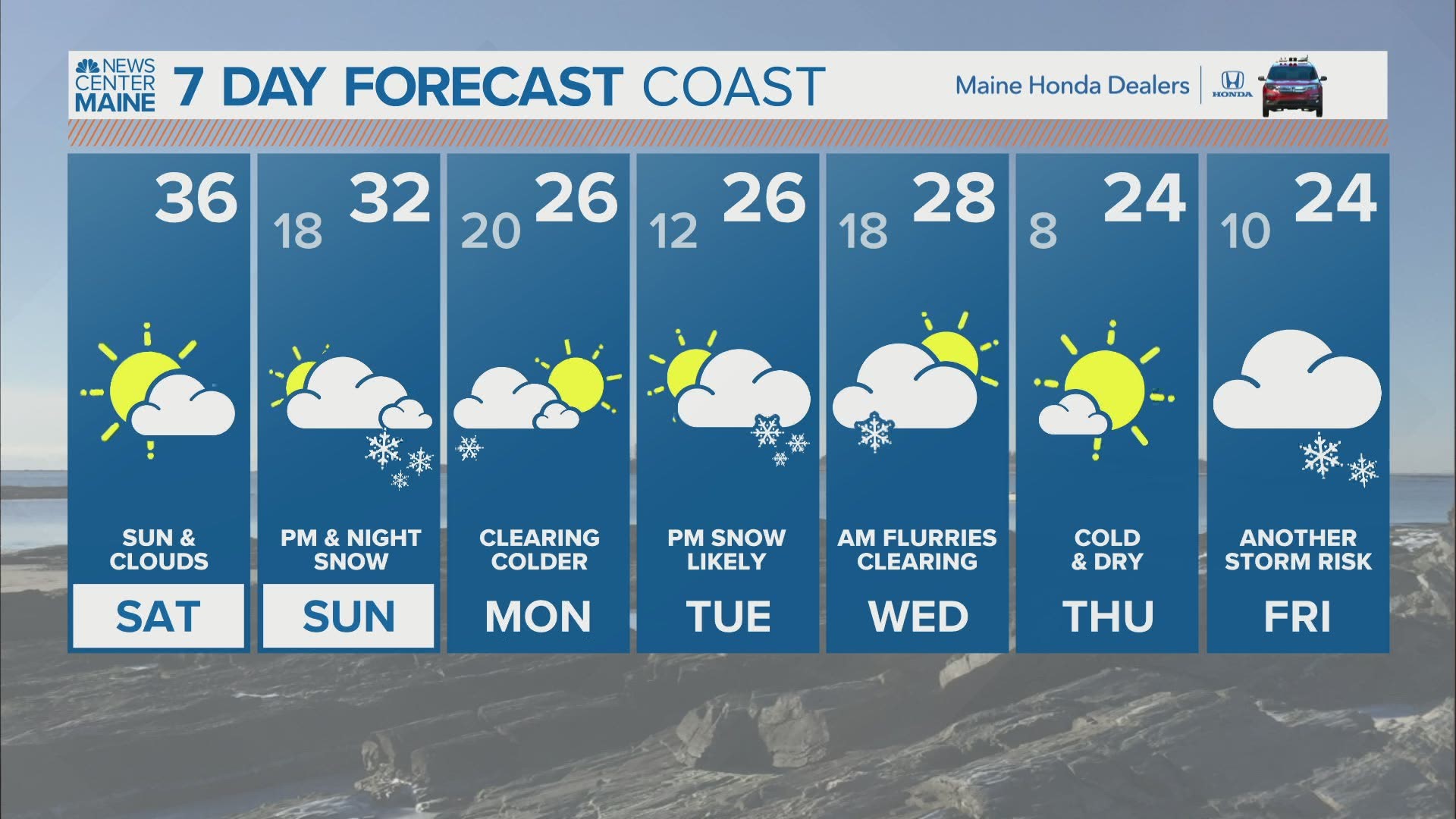 MAINE, USA — Sunday's storm looks like it will be close enough to bring snow to Maine and New Hampshire, but the heaviest will remain offshore.

That said, the plows will have to come out in many areas Sunday afternoon/evening and it will be tricky getting around in bursts of snow.

The most will fall near the coastline and in eastern Maine.  Less snow is expected farther away from the coast.

I'll be honest with you though, this is a fickle storm. Any slight shift in its track by just 25 or 30 miles will impact how much we see, even more so than usual. Here's my best shot, but please check in with Mike tonight for an update.

Light snow moves into southern Maine between noon and 3 p.m. It will start in Bangor after 3 p.m.

Within about 30 miles of the coast, the snow will get steady for a few hours and roads will get coated.

In the western hills and mountains, farther from the storm, it will be a lighter snow. But even here, some minor accumulation will occur and it will be a fluffy snow, with temperatures well below freezing.

During the late evening the snow will come to an end in southern and western Maine, but it continues through midnight in eastern Maine.

I have bumped totals up given this northwest trend in the storm track.

I think 3-6" is the best estimate right now for southern and coastal Maine, within about 30 miles of the coast, including Portland and the Midcoast.

1-3" is more likely farther inland, from northern York county into the lakes and mountains, Lewiston-Auburn, Augusta, Waterville and north of Bangor.

The highest amounts over 6" are most likely in Downeast Maine, where it snows into early Monday morning.

Please keep in touch for updates tonight and tomorrow morning.