Snow continues for much of Maine today; mix, rain south

Snow has changed to rain in parts of southern and Midcoast Maine, but will continue to pile up in central and northern areas. 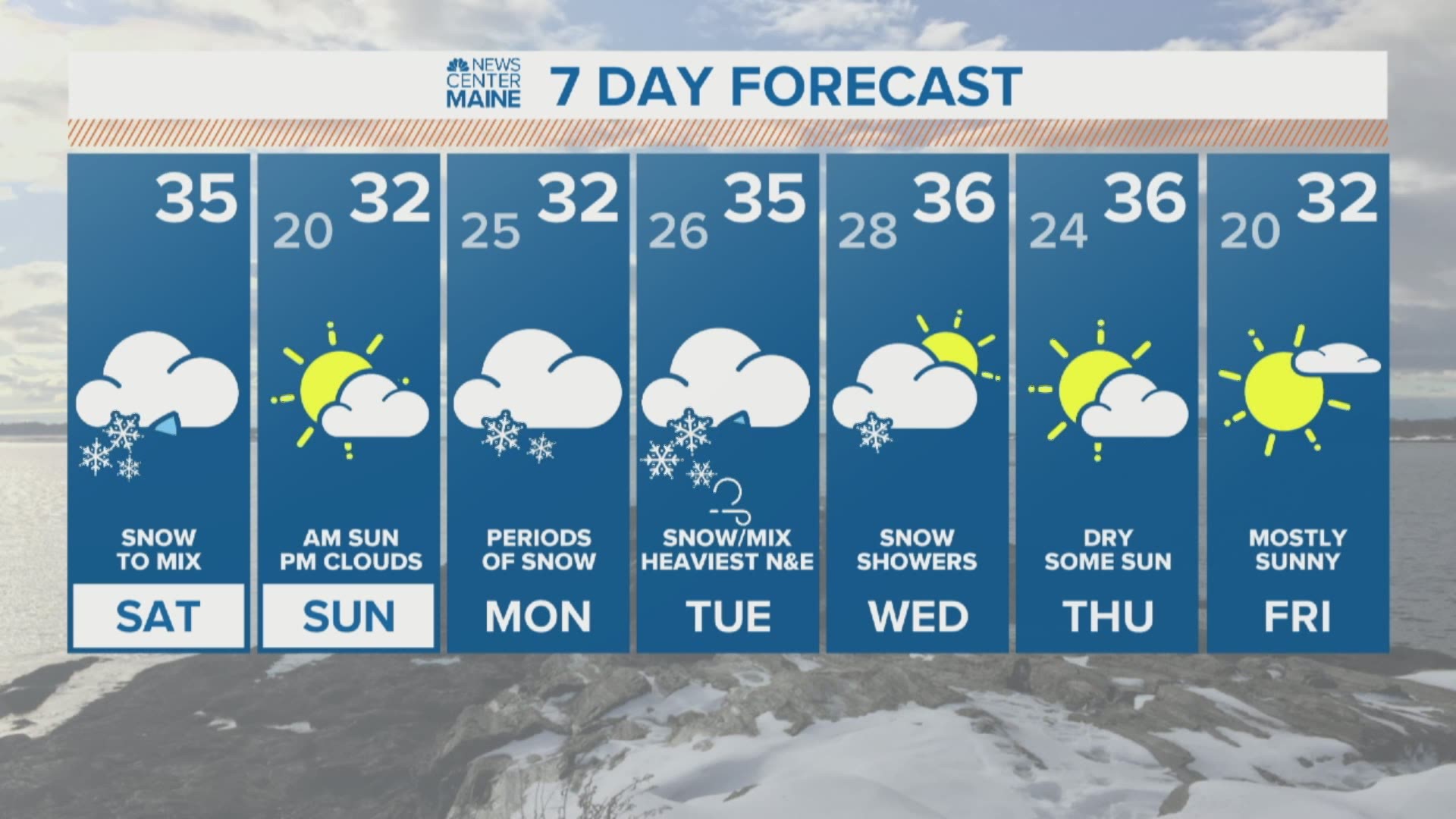 MAINE, USA — Snow moved into southern Maine around midnight, dropping 1-3" in most areas before a change to sleet, freezing rain and rain. Some of the peninsulas and islands have no accumulation, while the accumulation has been reduced to slop and slush in Portland.

Inland it is colder, with sleet and freezing rain weighing down the snow.

North of Fryeburg, through the mountains, Route 2 corridor, Augusta-Waterville and Bangor, this will remain mostly or all snow, and that's where at least 6" of accumulation is expected.

By noon, the precipitation will start lightening up in southern Maine. There has been a brief flip back to snow in the Portland area and on parts of the Midcoast, but little additional accumulation is expected.

It will keep snowing steadily and at times heavily in central, eastern and northern Maine.

The afternoon turns mostly cloudy and quieter in western Maine, while it takes until in between 4pm and 6pm for the snow to end in Bangor and eastern Maine.

No major changes to the update Mike brought you last night. 1-3" has fallen in southern coastal areas, largely washed away or compacted by rain. Some places west and just north of Portland have been a bit lower than the 3-6" range due to the mix with sleet and freezing rain.

6-10" of snow is expected where it stays all snow, north of Fryeburg, through the mountains and Route 2 region, including Waterville, Bangor and much of eastern Maine.