NOAA calls for above average winter temperatures, thanks to La Niña

La Niña winters tend to be milder in the eastern United States, and that's what NOAA is projecting. 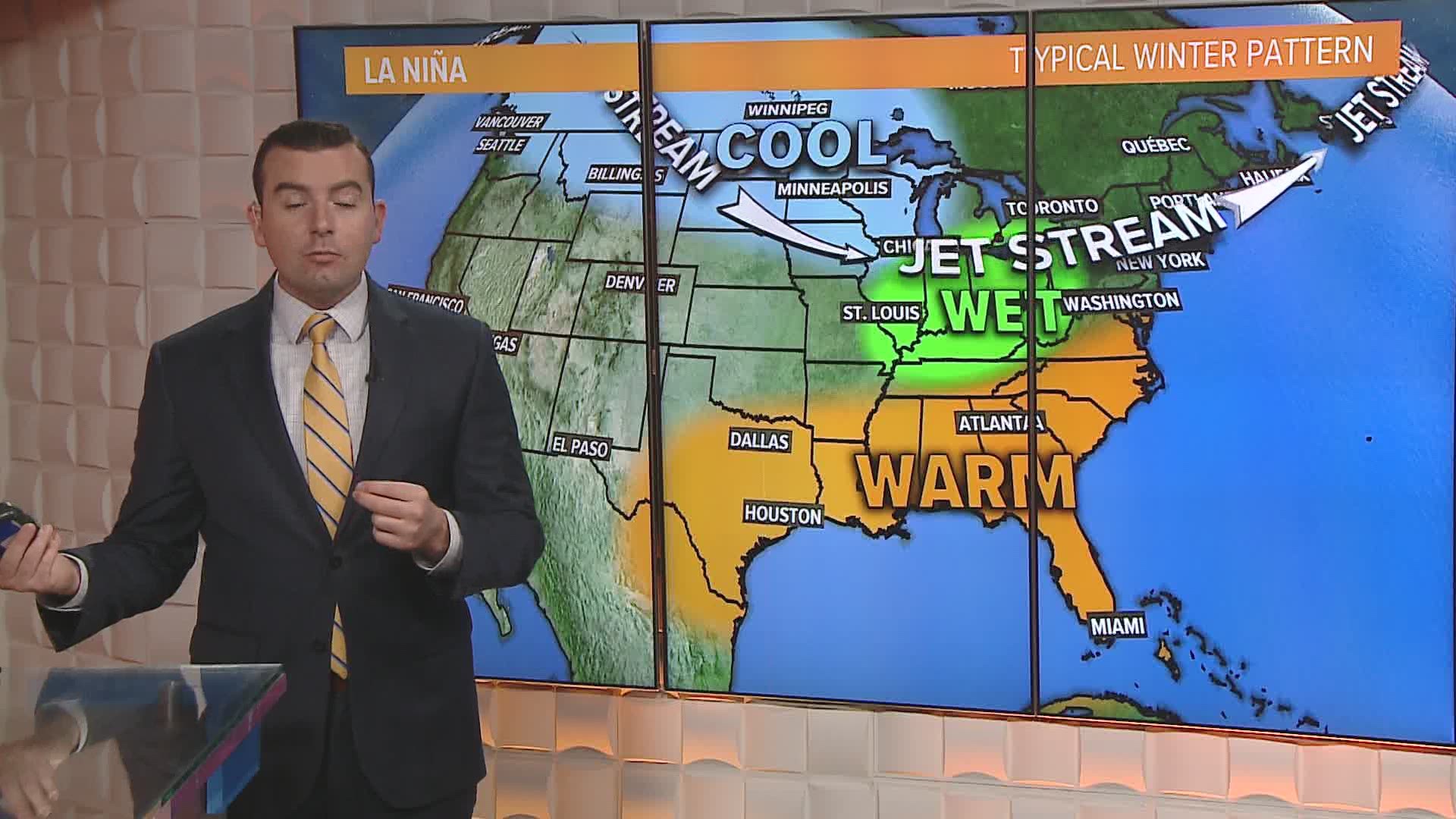 While seasonal outlooks get a lot of buzz, they only represent a snapshot of what the season ahead may bring. A warmer than average winter can still feature dramatic cold snaps, especially in Maine.

But this outlook has a very obvious background: La Niña.

“With La Nina well established and expected to persist through the upcoming 2020 winter season, we anticipate the typical, cooler, wetter North, and warmer, drier South, as the most likely outcome of winter weather that the U.S. will experience this year,” said Mike Halpert, deputy director of NOAA’s Climate Prediction Center.

The NOAA outlook for temperature represents this well.

NOAA’s seasonal outlooks provide the likelihood that temperatures and total precipitation amounts will be above-, near- or below-average, and how drought conditions are favored to change. The outlook does not project seasonal snowfall accumulations; snow forecasts are generally not predictable more than a week in advance.