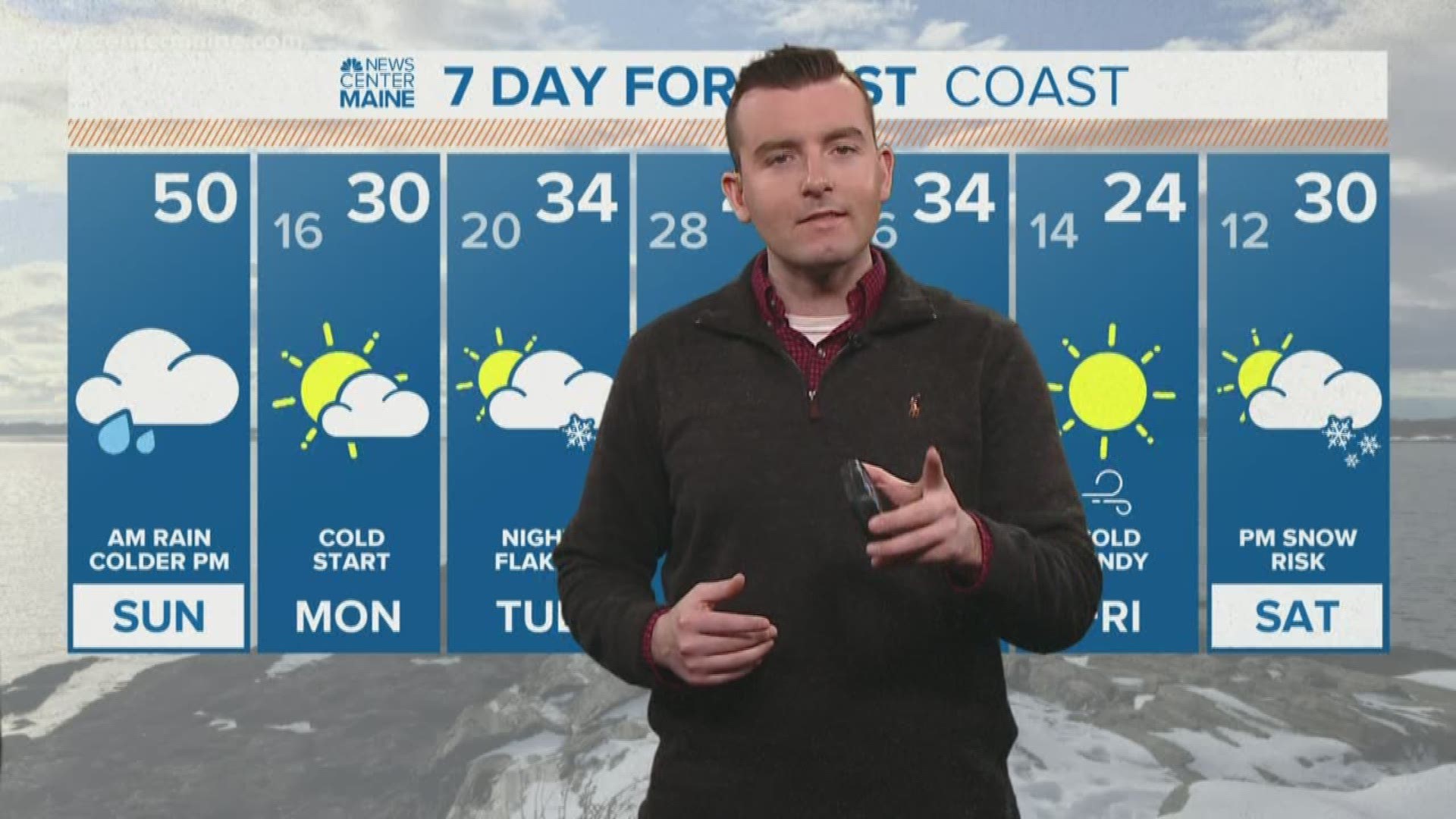 MAINE, USA — Freezing rain is nothing to mess with, and fortunately, we'll avoid any significant problems in the cities of central Maine from Lewiston to Augusta, Waterville and Bangor. Temperatures there stayed a couple of degrees above 32 overnight.

There are still some isolated outages out there. Between CMP and Emera Maine, as of 9:15 a.m., about 1,200 customers are without power. I received an e-mail from a viewer in Garland (northwest of Bangor, where it has been colder) who says the trees are coated in ice, it's 30 degrees and there is no power.

Slick spots will still develop on untreated roads as temperatures hover near freezing and drop a bit later on.

Sleet/freezing rain has been more of a problem north of Route 2, in the Rangeley Lakes, Dover-Foxcroft, and Katahdin Region. North of there, into The County, it's been snowing and there's been over 6 inches in spots.

Early this morning, there was a huge temperature contrast depending on where you live. It was in the teens in Aroostook County but in the mid 60s near the New Hampshire border! Portland tied the record high for the day, hitting 51 degees at  6 a.m. But the cold is draining south. Take a look at the 8 a.m. temperatures, for example.

The precipitation may end as snow showers in eastern and Downeast Maine too.

Here's the overall impact today. With ice accretion limited to below 1/2" in most areas, power outages should be isolated in central Maine. Some of the higher terrain will get upslope snow into the afternoon.

The temperatures will drop into the single digits and teens tonight. Any standing water or moisture will freeze up. Black ice is likely to be a problem Monday morning, after all of the melting and rain this weekend.

Overall it was just a degree or two that made the difference. I think we all can be grateful that's the case!

RELATED: Maine Ice Storm: How much is too much?