Rain and wind will move through Tuesday night as Tropical Storm Isaias arrives. Power outages are possible, but the storm will be quick-moving. 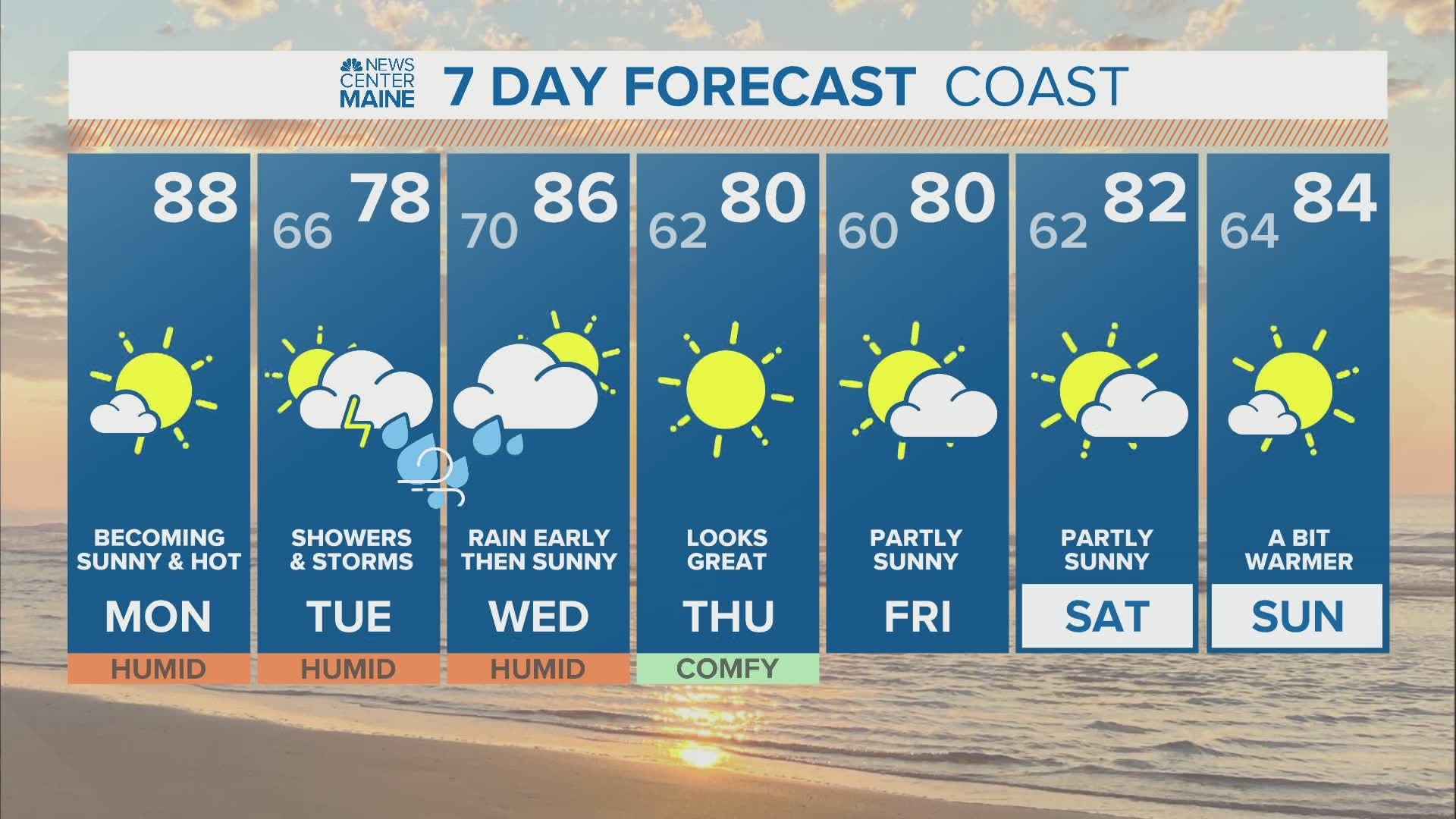 MAINE, USA — As Isaias starts moving up the east coast, a Tropical Storm Watch has been issued for central and southern Maine.

While it may sound alarming, this does not mean the forecast has changed in a big way. The storm will be moving quickly through here Tuesday night. It just means tropical storm force wind gusts are now expected for us as Isaias passes through. Some tree damage and power outages will occur.

The heaviest rain will fall in the mountains of western Maine into New Hampshire.

As the center of the storm moves across New England, gusty winds out of the southeast are expected for much of the state. For most, the wind gusts will peak between 35 and 45 mph. But near the coast, some gusts closer to 50 mph are expected. I'm only expecting a short period of potential damaging gusts - probably a few hours overnight Tuesday night.

Obviously, the stronger the gusts get, the more power outages there will be. At this point, I do not expect outages to the scale we've seen in some of our recent wind storms. But we know a southeast wind can cause issues, so it's wise to prepare in case you are affected.

Tropical moisture will arrive far ahead of Isaias on Tuesday. We'll have scattered showers and storms. It doesn't look like it will be a washout, but there will be some rain at times, especially in western Maine. Eastern Maine will be mostly dry on Tuesday.

The bulk of the rain comes overnight Tuesday night. The least rain is expected Downeast, in fact some spots may only see a 1/2" or less. The most rain is expected in the hills and mountains, where some spots could see closer to 4". Since the storm is moving so quickly, the threat of widespread flooding is low. There could be some flash flooding of poor drainage areas though, especially in mountain valleys.

I'm optimistic the quick forward speed of the storm means we'll see improvements quickly on Wednesday. For most, the rain will be ending during the morning and the sun will return. Afternoon temperatures will be in the 80s, with high humidity.

Stay with us for updates over the next few days.