2020 was the warmest year on record in Portland, 2nd warmest in Caribou

Six of the top 10 warmest years have been in the last 20 years. 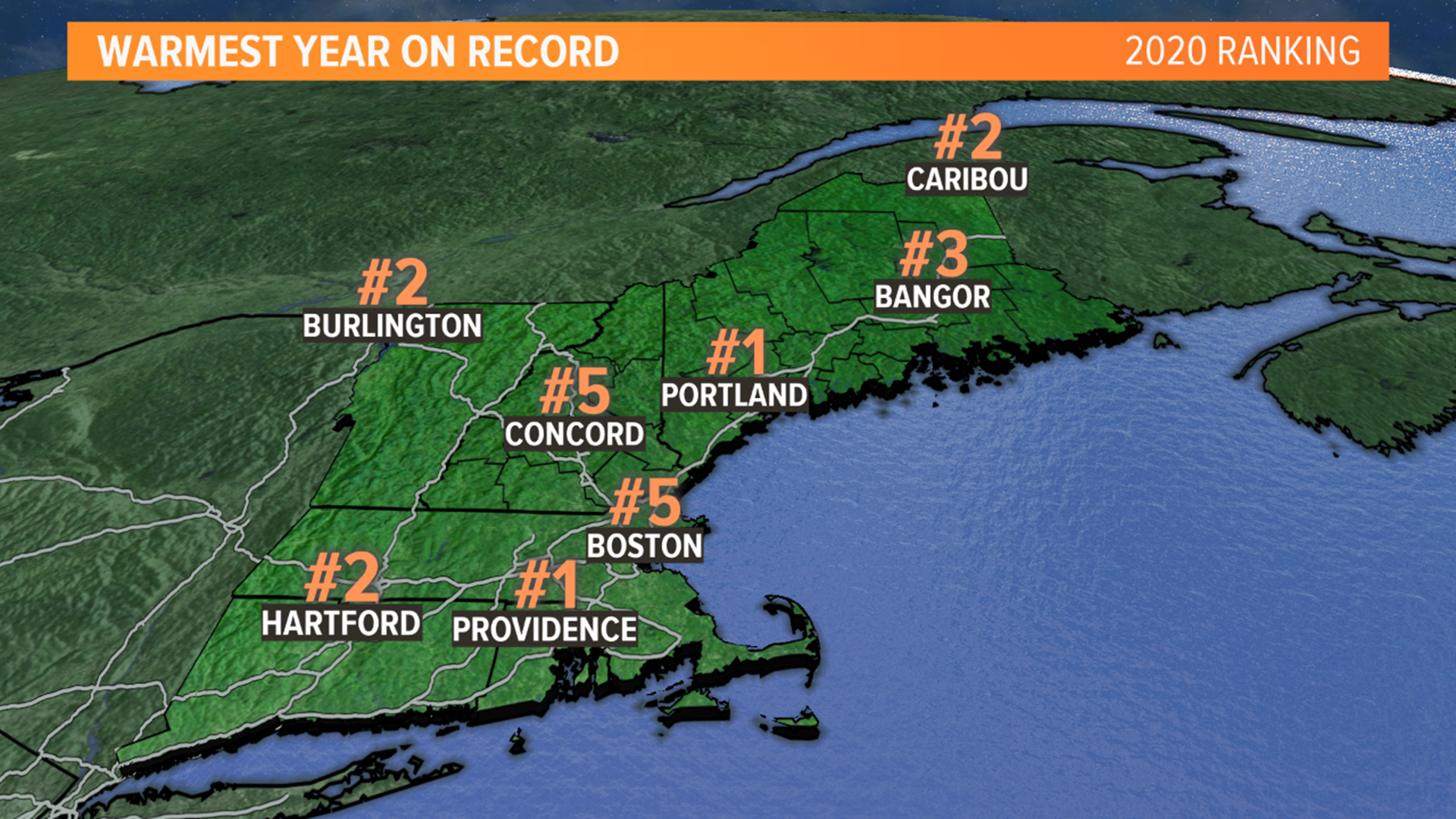 PORTLAND, Maine — 2020 goes down as one of the warmest years on record in New England.

It was the warmest in Portland, ME and Providence, RI.

It was the second warmest on record in Caribou, ME, Hartford, CT, and Burlington, VT.

In Portland, the average temperature of 49.4 degrees broke the previous record of 49.3 degrees set in 2010 and 2012. Reliable temperature records date back to 1940 at the Portland International Jetport.

Before then, the observing site was all over the place -- including for several years, on top of the "Weather Bureau" on Exchange Street. If you've ever been on a dark rooftop in the middle of the summer, there's no need to explain how that could impact a thermometer's readings.

There has been extensive research on Portland's observation site through the years. Pre-1940 temperature data is not counted due to the inconsistent observation methods.