Luckily it's not like anyone is traveling this time of the year. 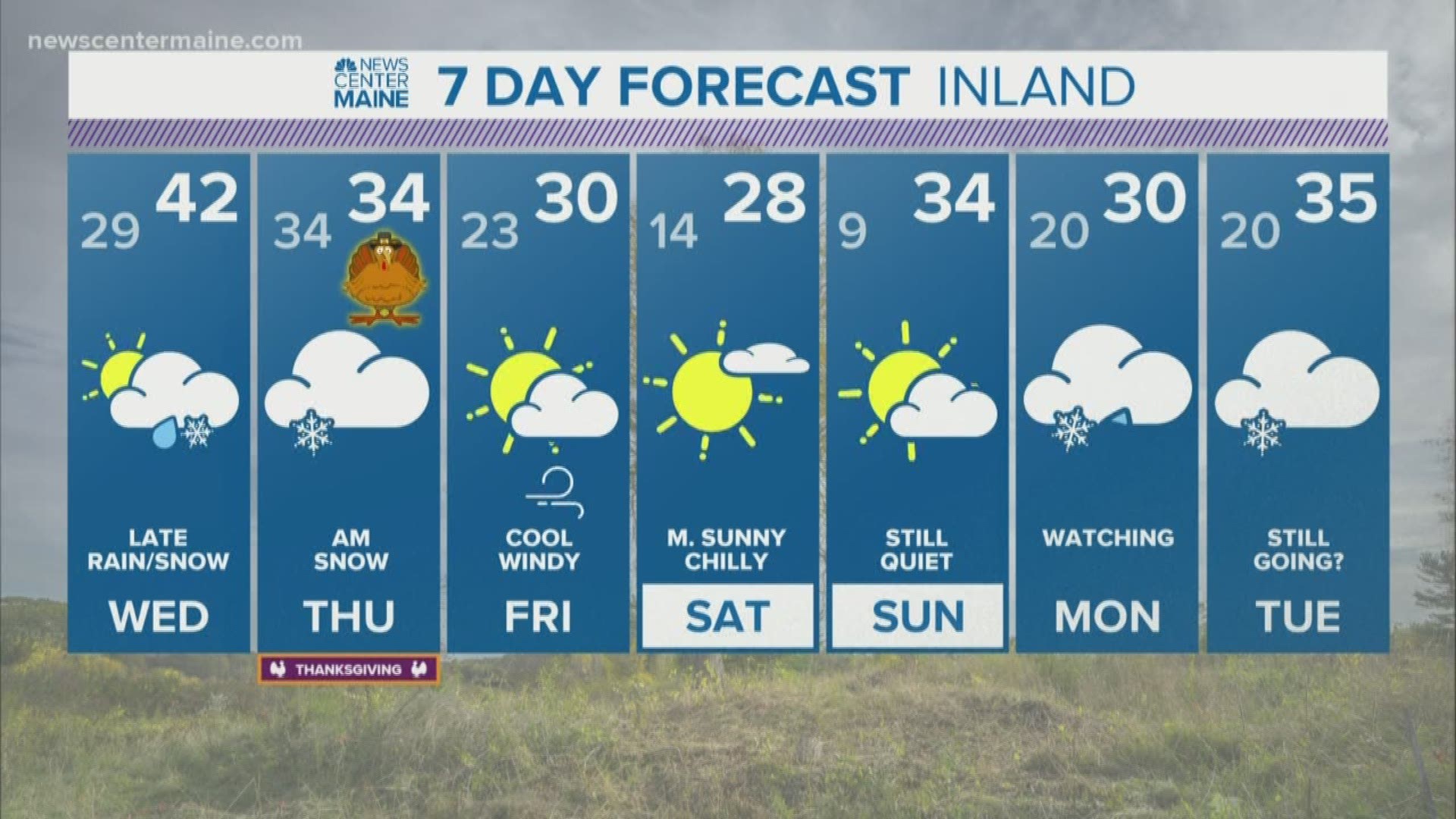 MAINE, USA — It's not a HUGE deal, but it's also pretty poorly timed. A storm approaches for Wednesday afternoon, through Wednesday night and then lasting through at least the first half of Thanksgiving.

Right now the storm is two separate pieces of energy, but they both swiped right and will be meeting up soon:

The first half of Wednesday will be fine. Clouds thicken but the precipitation holds off until Mid-day at least, after sunset for many. (Note: The sun sets at 1:25 PM this time of the year).

It's rain along the coastline and even quite a bit inland through the first hours of the night.

Eventually, though the rain/snow line creeps towards the coast like a Canadian tourist in a Speedo:

The cold air keeps wrapping into the point that snow makes it all the way to the Downeast coastline. (This point was up for debate between the GFS and EURO last night, but now the GFS has caved as usual)

As a result, many of us will wake up to light snow on Thanksgiving with some moderate bands over Downeast:

The whole thing wraps up around mid-day on Thursday. Maybe later over extreme Downeast Maine.

Snowfall map based on a combination of model data, veteran weather weenie experience, and pixie dust:

Shirtless pics and pictures of my son: https://www.instagram.com/keithcarsonweather/

RELATED: Thanksgiving parade balloons might be grounded this year, thanks to high winds