Henri heads toward New England, Maine will feel some effects

Ready for some Maine weather? We will get wind & rain starting Sunday because of Henri. 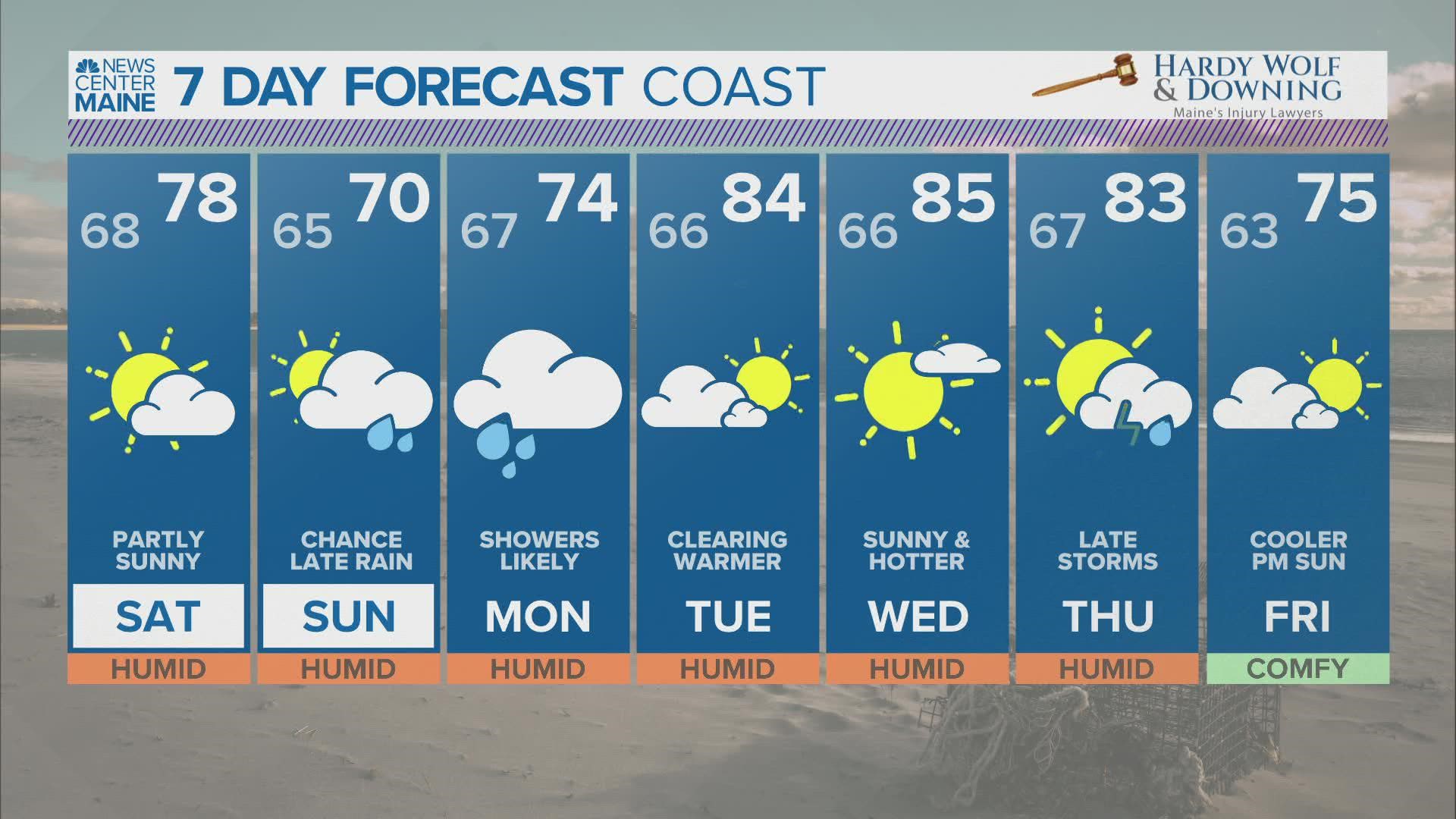 MAINE, USA — You've probably heard of Henri (ahn-REE) by now. The tropical storm is expected to become a hurricane overnight or early Saturday and head in our general direction.

Henri has finally taken its northward turn, and as of the last update from the National Hurricane Center, is expected to make landfall on Long Island, New York, in Connecticut, or on the coast of Rhode Island on Sunday evening. If it makes landfall in New England as a hurricane it will be the first hurricane to do so since Bob in 1991. Mainers around in 1991 will remember the mess Bob created around the state.

The good news is that with each model update, Henri seems to be trending more and more to the west, which means the center of it will be farther away from Maine.

Hurricane watches are up for southern New England and parts of Long Island, New York where the biggest effects will be felt.

RELATED: What you need to know to prepared for Tropical Storm Henri

However, we will still feel some effects from Henri, starting Sunday evening/night. Rain showers will start moving in and will stick around through the day on Monday. Henri will be a very slow mover and hang around through Tuesday morning. Rainfall totals won't be huge, but we'll have to keep an eye on any potential for flash flooding in Western Maine.

We'll also have some wind gusts from Henri, but nothing major, and in general power outages should be very minimal.

We'll keep watching for Henri updates as the Hurricane Hunter fly through the storm.

Flight level wind speeds were last observed at 81 mph. Winds at the surface need to be 74 mph or higher for Tropical Storm Henri to become Hurricane Henri.

Henri will head out of Maine on Tuesday and things will clear up by Tuesday afternoon. Wednesday looks great too!

We'll keep watching Henri for you and keep you updated through the weekend.

As always, let us know if you have any questions! Stay safe.