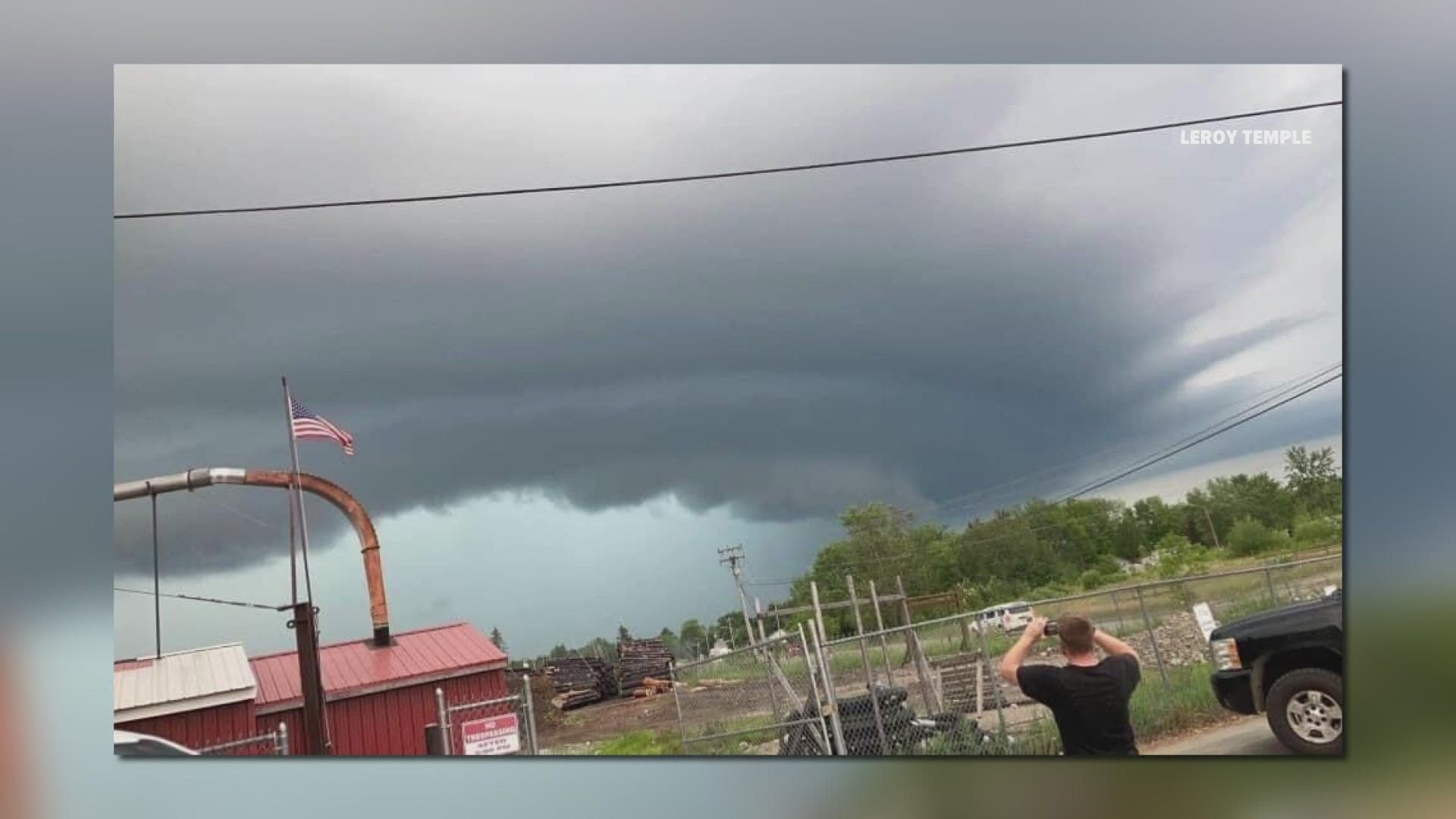 MAINE, USA — A tornado-warned storm brought strong winds and heavy rain to parts of Somerset and Penobscot counties around 7:00 p.m. on Monday, July 27.

Rain totals also were well over an inch in less than an hour as the storm moved through.

The storm formed in Canada and moved over the border near Eustis. The track was southeast.

As the storm moved into Somerset county, it was already fairly strong. the radar showed heavy rain and lightning, and the rotation continued to tighten.

The storm kept moving south. The damage occurred in Hartland and Saint Albans just before 7 p.m.

The National Weather Service Caribou issued a tornado warning at 7:15 p.m., with the storm located near Newport.

The storm continued on an east southeast track, eventually crossing I-95 near Carmel. Rotation was detected near Saint Albans, Hartland, Palmyra, across 95, and into Plymouth.

Heather Holbrook LaPlante sent us this photo from Newport/Palmyra of a shelf cloud from the storm approaching the area:

At 7:35 p.m., the National Weather Service continued the warning. The storm was located near Hermon.

The storm began showing signs of weakening rotation as it pushed southeast. As the storm kept weakening, the National Weather Service expired the warning at 7:48 p.m.

Damage reported in Hartland - trees and wires down at 6:52pm. Here's the radar at the time. Strong rotation (shown in upper right image). https://t.co/SsPXQW01Ne #mewx pic.twitter.com/N6S3uR69lY

This was the only tornado-warned storm in Maine on Monday, though there were a handful of severe warned thunderstorms.

In case you find yourself in a tornado warning, remember to seek shelter immediately. The best thing to do is find a safe place in your house, such as an interior room with no windows or your basement. Use a helmet or blankets and pillows to protect your head.

This is a developing story. Stick with NEWS CENTER Maine for updates.