Teddy will graze Maine Tuesday, but will not be the answer to growing drought problems

The drought worsens in Maine and New Hampshire. With Teddy tracking east, soaking rain evades the forecast for another week. 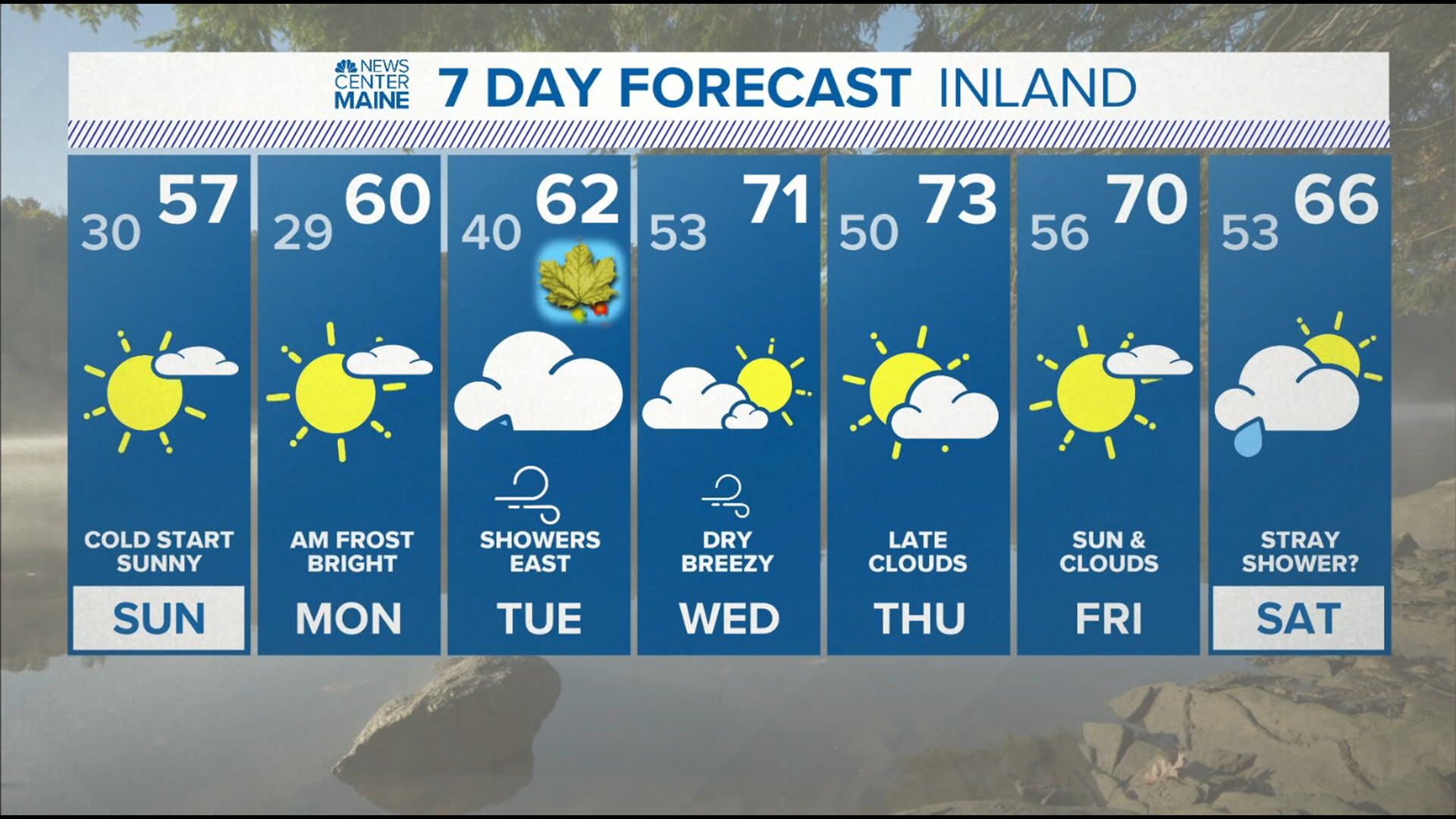 MAINE, USA — At the time of writing this article, Teddy is a category 3 hurricane that will keep moving north. The forecast keeps Teddy east of Maine, making landfall somewhere in Nova Scotia late Tuesday night.

Back at home in Maine and New Hampshire, drought conditions keep getting worse as dry weather prevails and soaking rain becomes a distant memory. Wells are drying up, fire risk will increase, and stressed out trees are dropping leaves before they even turn.

Teddy plays an important role in the upcoming forecast for Maine and New England. With the east track, though, rain will be hard to come by in the foreseeable future. The result is another dry week with limited chances for showers.

A small section of Aroostook county has been placed into the extreme drought category, too. With the dry forecast this week, I expect that to get expanded a bit when the new drought monitor is released on Thursday.

The growing drought is not much of a surprise, given the rain deficits over the last 90 days.

Most areas in both Maine and New Hampshire are down at least an inch and a half of rain in the last 90 days. Some spots are down almost six inches compared to normal.

Hurricane Teddy and impacts to Maine

Teddy is forecast to keep pushing north. Eventually, it will run into Nova Scotia. The result is a quick graze Downeast. Otherwise, Teddy will be a much bigger story to our east.

Credit: NEWS CENTER Maine
Best chances for rain will be in eastern Maine.

Let's start with forecast rain. Remember how I said this will not be the answer to the drought? It's not much of a surprise given this forecast.

Downeast Maine will see the highest totals, but even then, rain totals will only range from about a quarter inch to a half inch.

On the bright side, Maine will be spared from the strongest wind gusts.

Most spots in western Maine will see gusts close to 25 mph. The strongest gusts will be in eastern Maine, topping out in the mid 30s. A few spots in coastal Washington county could see gusts approach 45 mph.

This is below the threshold for damage. Power outages look unlikely. Get the rakes ready, though. Lots of leaves will likely be taken off of the stressed trees.

Credit: NEWS CENTER Maine
These are forecast wave heights Tuesday afternoon, which is when the surf will be the roughest.

High surf will have the biggest impact locally.

Waves are expected to build to 8-12 feet off of the Maine coastline on Tuesday afternoon.

The flooding risk looks low, but beach erosion is expected. Splashover is also likely right along the coastline.

Credit: NEWS CENTER Maine
Waves will fall a bit after Teddy moves away from Maine.

As Teddy moves out, seas will gradually fall. They will likely remain rough on Wednesday, too.

So, what happens next?

The remainder of the work week looks wicked nice, actually. Sunshine returns for Wednesday and Thursday with high temperatures in the 70s.

Rain chances remain slim through the end of the week and into the weekend. A couple of showers will be possible late Thursday or Friday, but the rainfall will not be enough to make a dent in the drought.