This afternoon's high tide is of real concern, as powerful waves from Hurricane Teddy pound the coast. 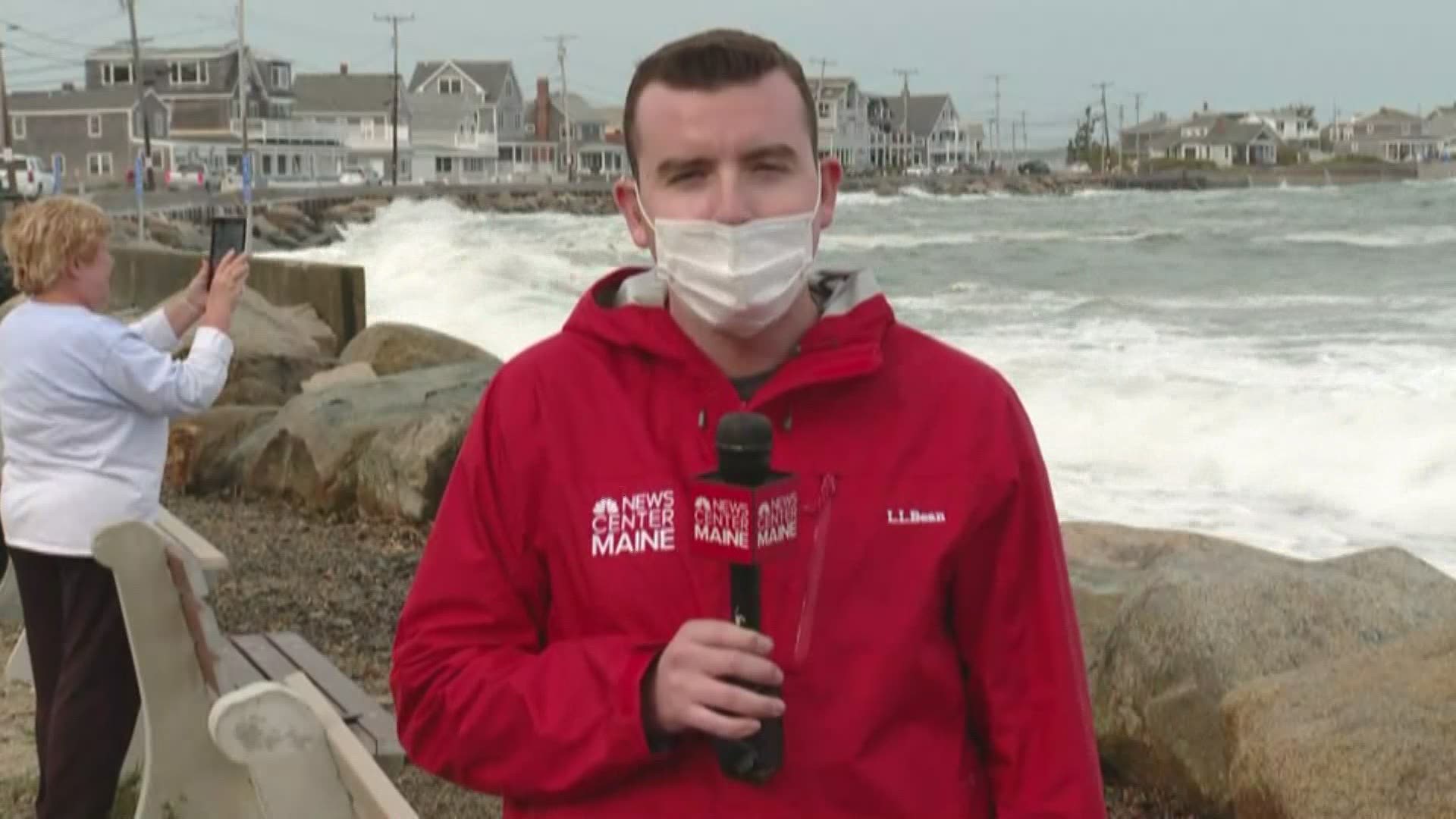 MAINE, USA — Hurricane Teddy is going to pass about 350 miles off the southern Maine coast this afternoon, but its large circulation is sending huge waves our way.

This afternoon's high tide is going to be a problem, as it will coincide with powerful waves building up to 10 feet or more.

Wednesday morning's pre-dawn high tide is also worth watching, though it should be lower than Tuesday afternoon's.

Waves will crash over seawalls on vulnerable shore roads. Some of the waves will be carrying debris, such as sea weed and rocks, so please be sure to stay back at a safe distance, and avoid any closed areas.

In Portland, the high tide is at 3:39 p.m. For a couple hours around that time, the very high tide will lead to water rising along the wharfs, particularly on Portland Pier.  In East Bayside, water will come up from the storm drains, flooding sections of Marginal Way and Somerset Street.

Minor to moderate flooding and splashover is expected in coastal York county and on the New Hampshire seacoast.

At the beaches, significant sand and dune erosion is expected in spots.