Sunday snow: timing, impacts, and totals on Maine's next storm

Did someone say snow?! That's right, snow starts up Sunday night and goes through Monday into Tuesday. 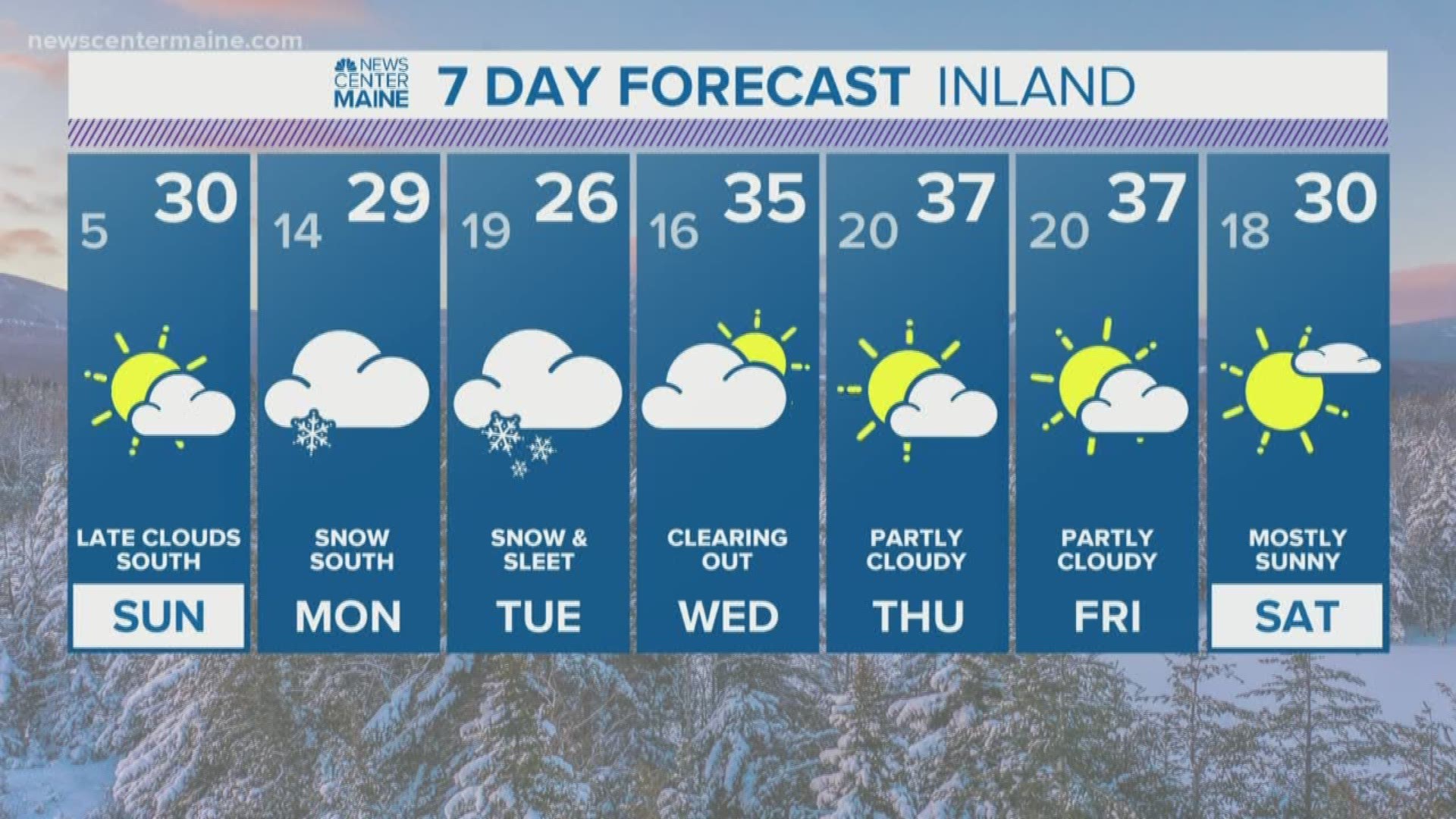 MAINE, USA — Winter storms are no surprise in Maine in December. Even so, they still have impacts on people's lives.

This upcoming storm is an interesting one. The timing of it is a bit funky, with two waves of snow likely. This also will be the first storm this season that brings accumulating snow to the coastline.

Expect snow to start up in far southwestern Maine on Sunday night. York, Cumberland, and southern Oxford counties will be first to get in on the action.

With colder air locked into place, snow should stick almost immediately. This means there could be a coating as early as the end of the Patriots game, and it keeps on falling after that.

Snow spreads north and east gradually through the day on Monday. The biggest impacts to the morning commute will be from the Portland metro area and south.

By Monday evening, snow will start near Bangor and into Downeast Maine.

Credit: NEWS CENTER Maine
The most widespread impacts will be on Tuesday.

Since snow continues into Tuesday, the most widespread impacts are expected then. In other words, most Mainers see some slick travel conditions on Tuesday.

The storm wraps up from west to east late Tuesday. The last flakes to fall will be in the eastern part of the state overnight into Wednesday.

So far this cold season, the highest totals have been in northern Maine. That's not the case with this one, though.

It looks like York, Cumberland, and southern Oxford counties see totals approach double digits. The long duration event will enable most of southern Maine to "cash in" on the higher totals.

Wednesday looks quieter. This should be a good day to allow for everyone to clean up.