Strong storm threat for parts of Maine this afternoon and tonight

A few severe thunderstorms are possible in interior parts of Maine late today into tonight. 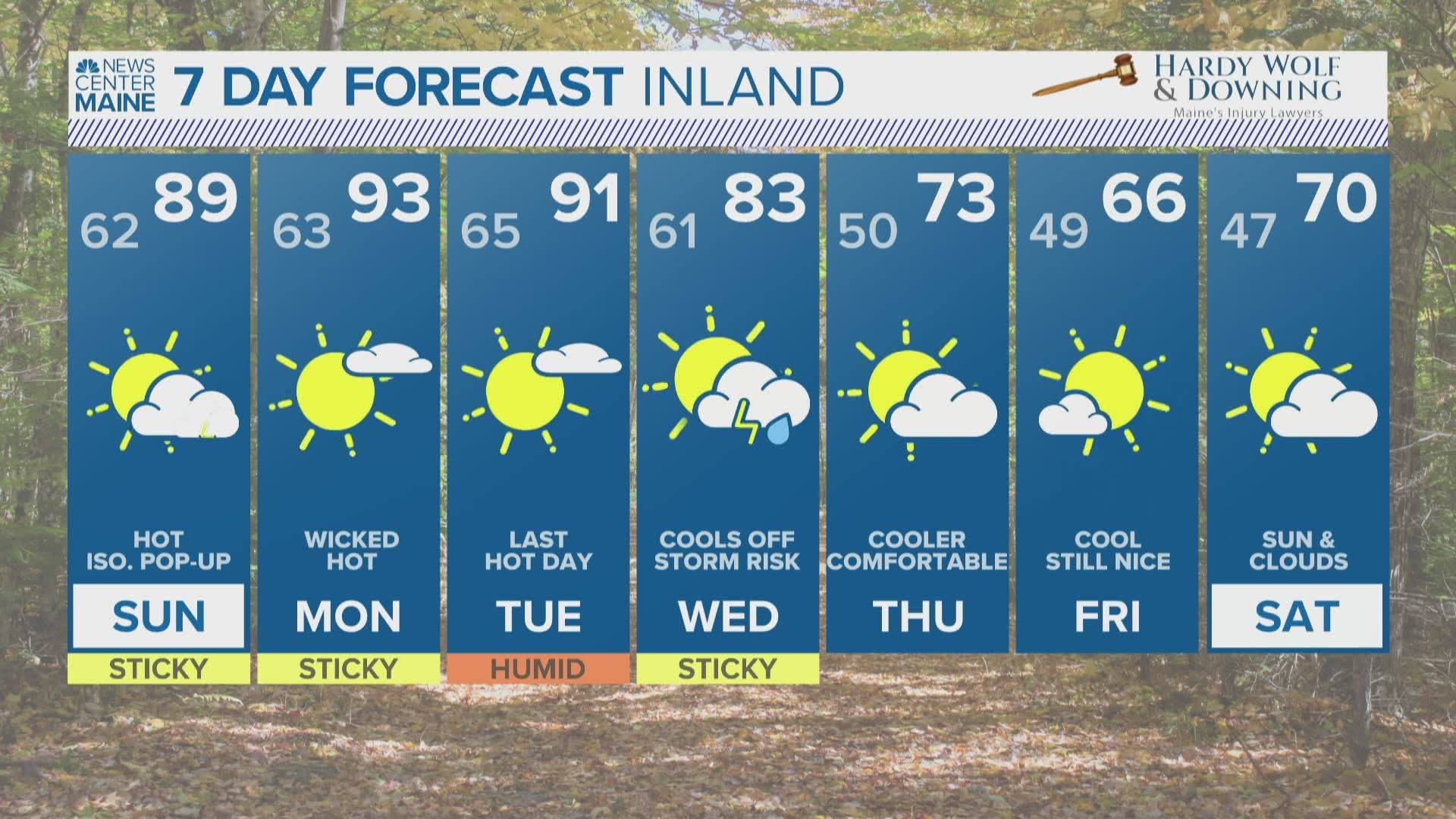 MAINE, USA — Summer heat is building in, and with it will come the threat for thunderstorms tonight.

Given it's a summertime set-up, these storms will be widely scattered, triggered by an approaching front.

The first round of showers and storms has passed, but there is still another batch on the way.

Keep an eye to the sky until 11 o'clock this evening. After that, the severe threat diminishes and the weather story turns to how hot we get.

The highest risk for storms is in the mountains, central and northern Maine. The risk area has been expanded to include Portland and some of the coastline, but the better chance is still inland. You can refer to the areas shaded in yellow on the map below.

Most of the strong activity is expected from Portland north.

Any storms that develop will have the potential to produce strong wind gusts. Hail is a smaller possibility, but the strongest storms could produce some of it.

There's also a very low -- but not zero -- chance for an isolated tornado within this zone too.

Severe weather watches and warnings are possible later today. Remember, a watch is usually issued ahead of storms, and means the potential is there for severe weather.

A warning is issued when a storm is arriving or occurring.

You can track the storms on your own with our app, or by following along on our interactive radar.

Heads up if you are in the mountains, central or western Maine later today. Storms are possible after 3 p.m. Damaging wind is the most likely impact from any storms, and an isolated tornado cannot be ruled out in this set-up. #ncmwx pic.twitter.com/dUAFGSA5m6