Maine is the battleground between winter and spring on Monday and Tuesday. It's a complicated set up that yields a variety of weather across the state. 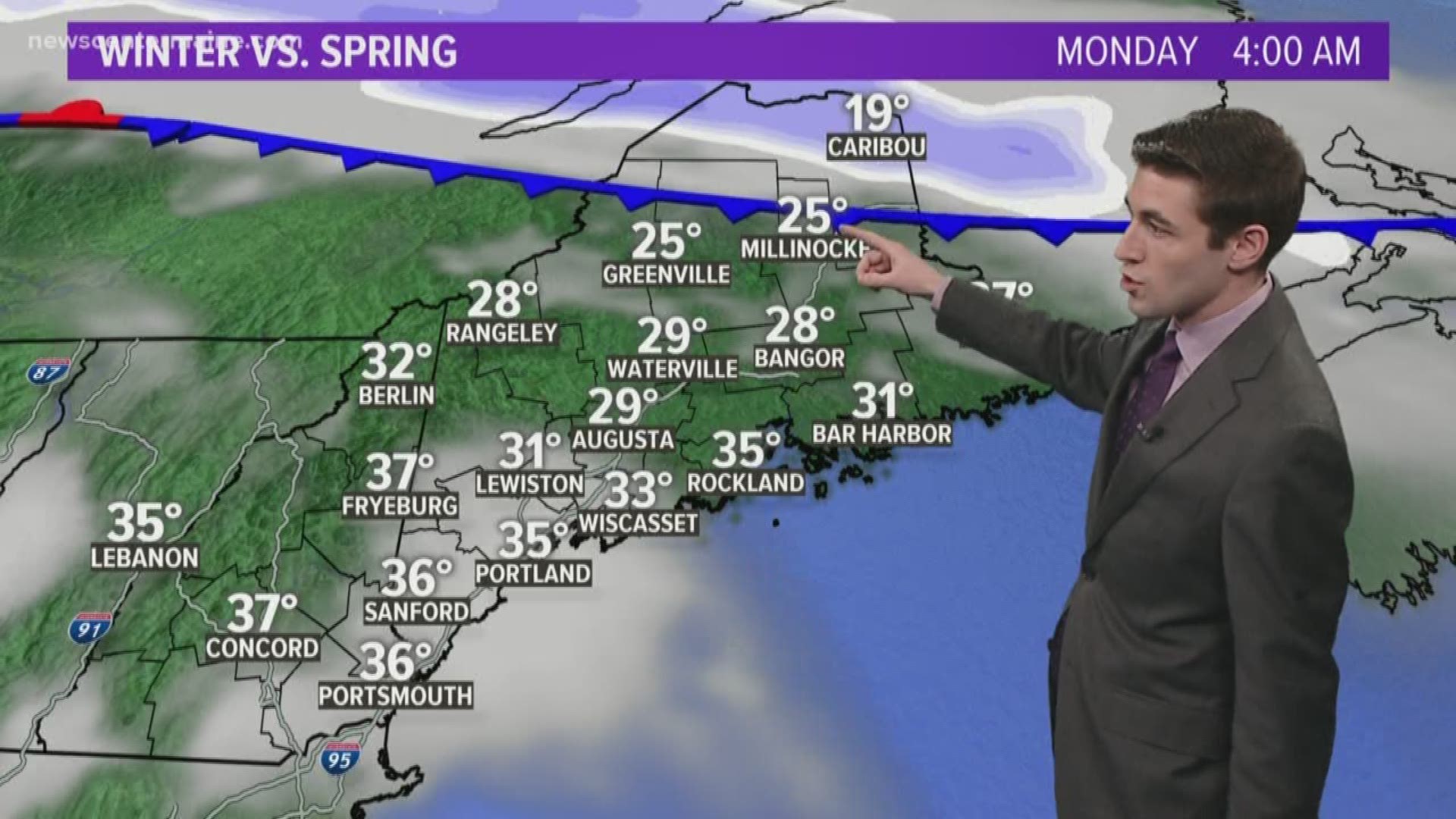 MAINE, USA — As the old saying goes, March tends to come in like a lion and go out like a lamb. In other words, it's usually an active month.

So far, most Mainers have been pretty lucky. Generally mild, quiet weather has greeted us for the first full week of the new month.

That changes Monday, but only for some parts of Maine. In southern Maine, mild temperatures will win out. Break out the shorts...a lot of southwestern Maine makes it into the 60s.

In northern Maine, a stalled out front allows for some snow showers to develop. They will gradually sink south through the day, as does the front.

By the middle of Monday afternoon, there could be a 40 degree spread from Sanford to Fort Kent.

By Tuesday morning, the cold front continues sinking south. This is where the forecast uncertainty comes into play, mainly for temperatures in the Bangor area.

The further that front sinks south, the closer to Bangor the cold air gets.

If the front manages to push south of Bangor, temperatures will crash. It could cause temperatures to fall by 20° if it gets far enough south. In northern Maine, snow showers continue. Southern Maine will still be warm.

Credit: NEWS CENTER Maine
If this front ends up further south, it will be colder. Still, warm air eventually wins.

The split state continues into Tuesday afternoon, but a low-pressure system swings through and levels the playing field.

Rain showers push north and the cold departs with the low.

By Wednesday, most Mainers enjoy a sunnier day. For some, it will be warm after the cold air gets scoured out. For others, it will be a bit of a cooldown...it's all perspective, of course. Highs top out near 50.

And as always, here's the snow map:

Not the most impressive one this winter, but also not the least.

The milder pattern keeps hold for the remainder of the week and into the weekend.