A few inches of snow are likely in southern Maine on Tuesday. 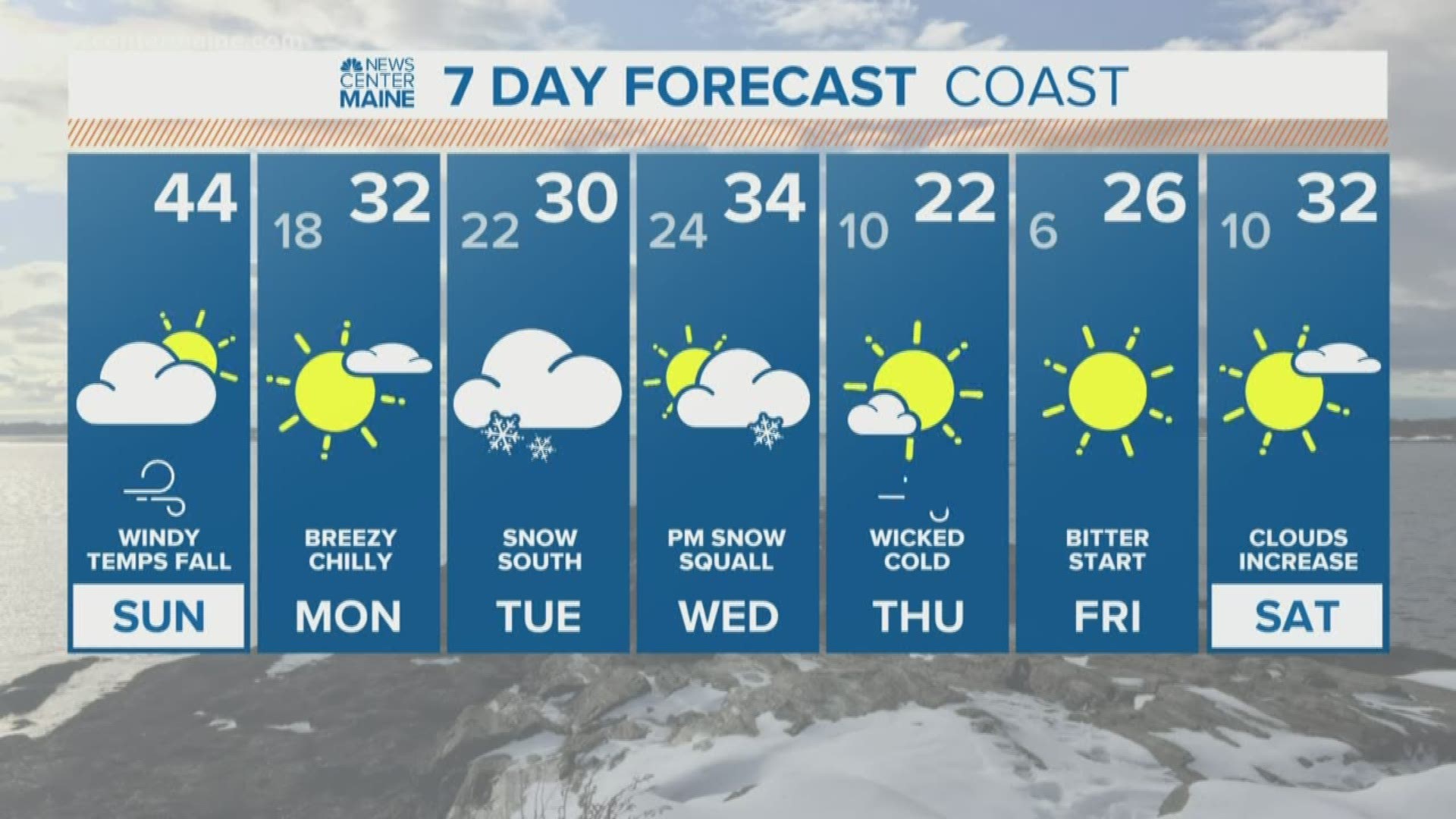 MAINE, USA — The weekend got off to a wild start with between 3 and 5 inches of rain falling in a lot of southern Maine.

The storm departed, but the wind was an issue as it pulled away.

Westerly wind gusts of 40 to 50 mph pushed through tonight. A Wind Advisory was issued for the entire state.

Monday looks cold with sunshine and highs in the upper 20s to low 30s.

The next weather system comes in on Tuesday. I hesitate calling it a "storm". It's really just a weak wave of low pressure on a front to our south -- it'll never grow or intensify into a big storm.

But it'll be just enough to bring a stripe of snow into at least southern Maine. Northern Maine will mostly miss out on this one. Central Maine will see a little snow, but not much.

There are two things that are still uncertain at this time: 1) How quickly does the snow start, which is important for the morning commute. 2) How far north does the snow get.

I'm thinking the Tuesday morning commute will be mostly fine, the one exception could be York County. The steadiest snow is likely Tuesday afternoon.

Here's my first shot at totals. We will be able to hone in on the timeline tonight and tomorrow morning.