Another snow map, but this time it's in May. We challenge records for latest snowfall, but fall short in some spots. 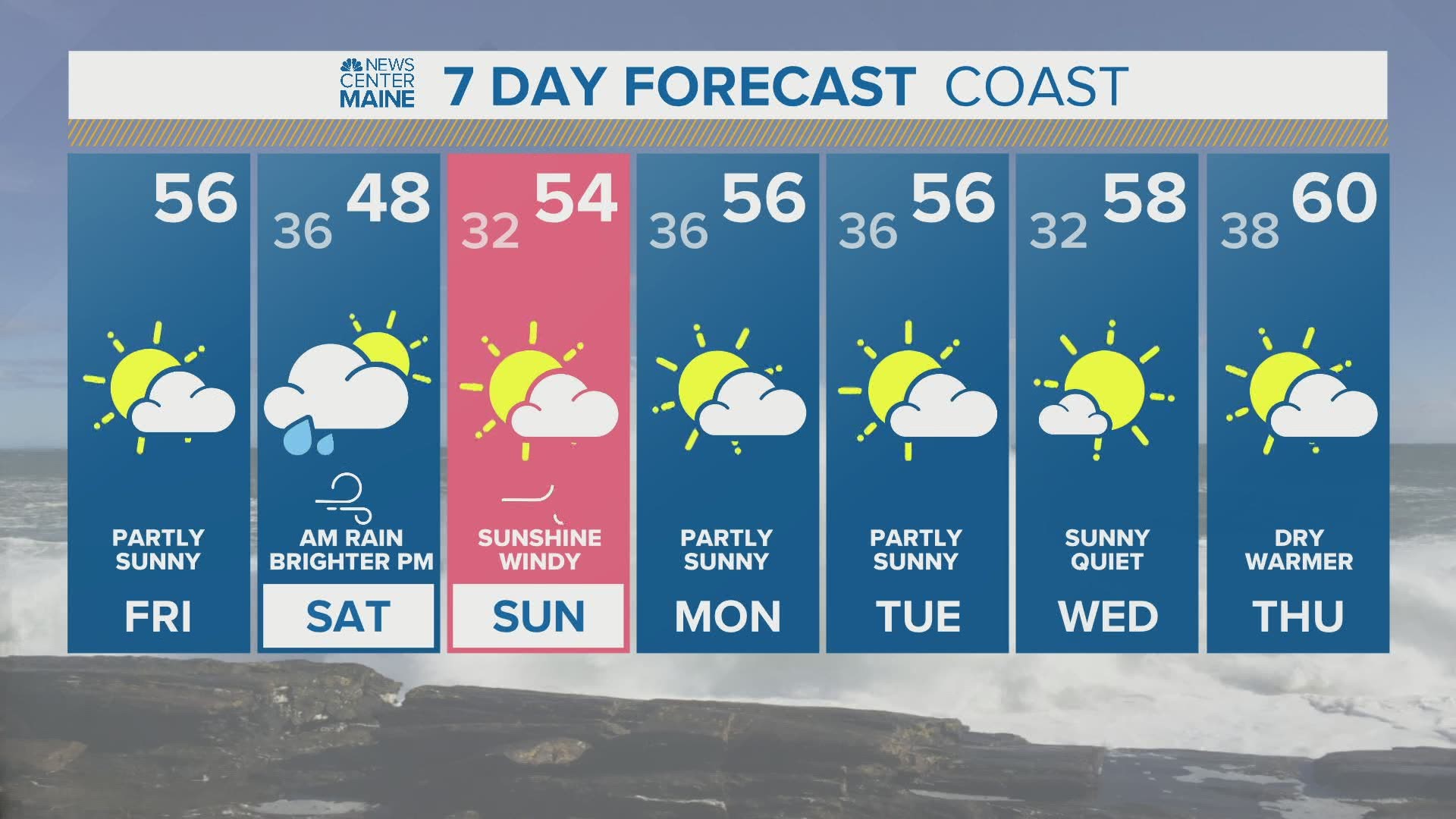 MAINE, USA — Historic spring snow is on the way just in time for Mother’s Day weekend. It’s not really the forecast snow amounts that stand out, but rather the timing of this impressive, anomalous, late season storm.

A storm is forming to our west. Late Friday night, it will track through the Gulf of Maine where it begins to strengthen rapidly.

As the storm becomes stronger, it taps into some Arctic air and pulls it into Maine.

The result is a chance at wind, rain, snow, and a cold weekend. So, how much snow is on the way? And how does this compare to other May snowstorms?

As the storm builds late Friday night, most of southern Maine will still be above freezing. The first batch of precip to fall will be rain, except for in the higher elevations.

By sunrise on Saturday, colder air gets pulled into Maine. This is impressively cold air for this time of year.

Snow will accumulate from Fryeburg to Bangor to Charlotte and points north. The largest totals will be 3-6". This is where we could see some isolated power issues, though I don't think it will be a huge issue.

RELATED: Mother's Day weekend will be colder than Christmas in these 6 US cities

For Lewiston and Augusta, a little bit of accumulation looks possible. It will mostly be on the grass and on colder, elevated surfaces, like decks.

Along the coastline, expect mostly rain with some flakes mixed in.

It's worth mentioning that a lot of factors are working against us to allow snow to accumulate. Even behind clouds and with Arctic air in place, the sun is wicked strong this time of year. It's hard to keep things like roadways cold unless it's at night.

On the bright side, you won't have to shovel. This snow won't stick around long.

Showers continue in eastern Maine through the afternoon with some lingering flakes in the mountains. In southern Maine, a few breaks of sunshine are expected.

Gusty northwest wind will accompany temperatures in the 30s and 40s Saturday afternoon.

It will likely feel more like the 20s across the mountains and 30s in the lowlands, which is extremely chilly for this time of year.

In Portland and Bangor, the latest accumulating snow on record is May 11. While this would be happening on May 9, 2020, it would still be the second or third latest snowfall on record if accumulation occurs.

Sunday is a bit of an improvement, though still not great. If you got mom a jacket for Mother’s Day, this would be the perfect year to try it out the day she gets it.

The breeze continues on Sunday with high temperatures only in the low 50s. The sun will be out, though, so that will make it feel just a little bit warmer outside.

I don’t want to get ahead of myself here, but this is the last bit of really cold and active weather for the next week. Temperatures moderate to be in the low 60s late week with abundant sunshine.

RELATED: May snow? It could happen in the Northeast, courtesy of the polar vortex