Snow on the way: We act surprised EVERY year

In many ways, this storm is far from a classic spring storm. It's not overly deep and strong to begin with. 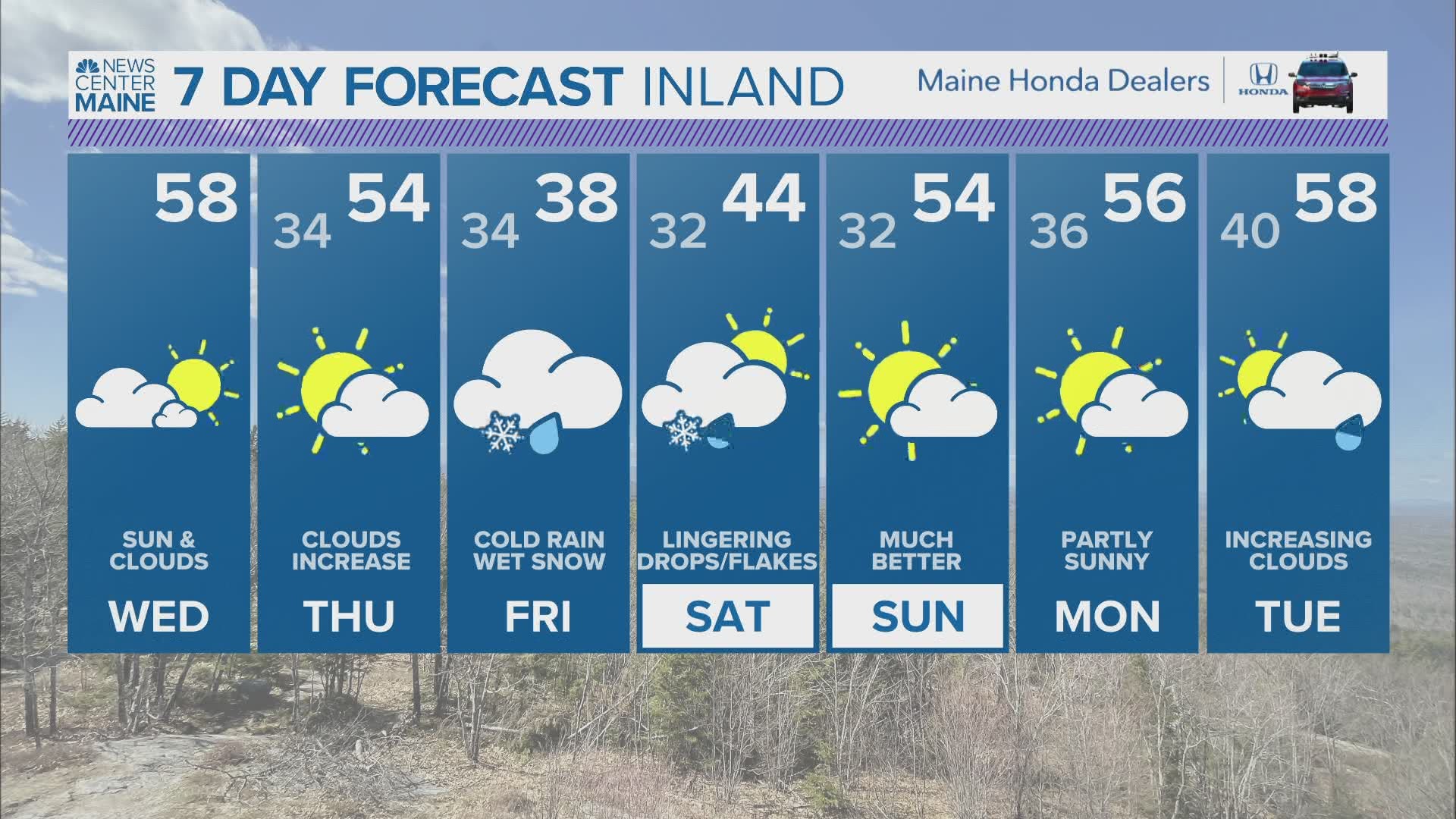 PORTLAND, Maine — It's not often I write about a snowstorm while sitting outside in the sun without a jacket on. Most of the state is in the upper 50s right now—it's pretty mild. In fact, I even saw a dude playing football without a shirt.

(I couldn't figure out how he got that tan based on our total sunshine hours in the last week, but that's a different conversation, I guess.)

So in that way, it's unusual. But in the sense of "we all expected one more sucker punch," it's really not.

There are many years we don't have snow after April 1, but we tend to not remember those. We remember those late storms that toy with our emotions. Those are the storms that have us superstitiously keeping our driveway stakes in until June 15.

In many ways, this storm is far from a classic spring storm. It's not overly deep and strong to begin with.

As the system first arrives overnight Thursday, it's actually pretty "baggy" looking as the weenies would say.

But because of the wind direction and the intensifying precipitation rates, this storm is basically what we call manufacturing its own cold.

That allows cooling to start at the upper levels and work down to the surface. So the rain/snow line will go the opposite direction we usually see: It will expand out from the mountains and crash towards the coast during the day on Friday.

To be clear, I expect the mountains to start as snow right away. But the rest of us will start as rain.

Surface temperatures at the coast during the day will be on the high side at first so there will likely be a long period of ineffectual snow. Go inland not all that far though and the surface should be cold enough to allow snow to stick on everything but the roads during the day Friday. As the sun sets on Friday night the snow will stick to the roads as well, away from the coast.

Not much will happen over Downeast until Friday night into Saturday morning when the storm wraps itself up and hits them with some late snow.

This thing is gone for most of us on Saturday morning.

There's also the fact that during the day the sun angle is very strong so if there are any breaks in the precipitation it will heat the temperatures enough to change us back to rain or ineffective snow.

(Worth noting there's no such thing as "the ground is too warm for it to accumulate." If you hear a meteorologist say that, ignore the rest of what they say. Sure, pavement can hold heat a little longer than soil but if it gets below freezing in the boundary layer...it'll stick.)

So with those factors in mind, here's what I got:

Of course, we still have another 1.5 days to adjust this as new info comes in. The best chance of that occurring IMO is in the Sanford area. They could easily slide up to 4-8" if things come in colder.

Well, that's it for now. Keep up with us for the latest forecasts.

I do it for the gram: https://www.instagram.com/keithcarsonweather/

Or, if you liked that fine shirtless fellow at the top: https://www.instagram.com/leenelsonme/