Snow and ice, Thursday and Friday, will make a mess of much of Maine

Mainers can expect a two-day winter storm in Maine for Thursday and Friday. We'll have snow to start, then Friday gets icy. 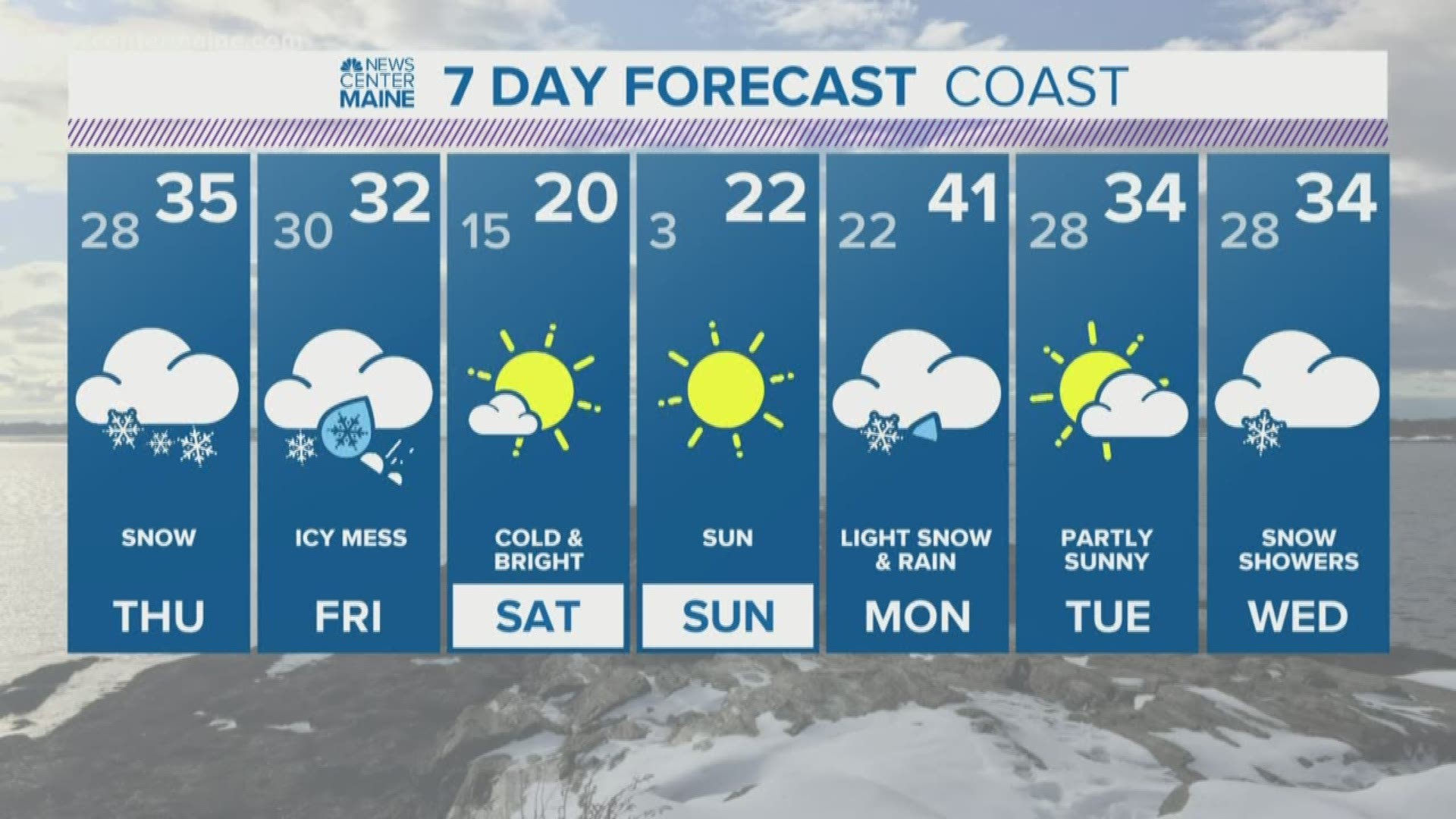 MAINE, USA — Winter Storm Warnings (pink) and Winter Weather Advisories (purple) have been issued starting at 6 AM Thursday and continuing through 10 PM Friday.

By early Thursday morning, expect to see snow moving into southern and central Maine. The morning commute will be slick with an inch or two possible for some communities.

Snow continues through the day, so the evening commute will be slick again for most of us.

A general 2-4" of snow is expected for Thursday.

Friday will start with freezing rain already mixing in for many of us. The mountains and northern Maine will see all snow.

Precipitation continues though the day, right through the evening commute.

We'll have huge snowfall totals in northern Maine. But don't let the small snow totals at the coast fool you. It's the ice that will be the real problem there.

We'll end up with a quarter to a third of an inch of ice in many Maine cities/towns. Most of this will fall in the form of freezing rain, which would give everything a glaze of ice during the day. It looks like it'll be a mess.

What's happening is that warmer air is moving in aloft, but not reaching the surface. This causes frozen precipitation to melt, then freeze as it reaches a shallow layer of cold air at the surface.

Remember, freezing rain looks like plain rain as it falls from the sky, then it freezes on contact. Sleet is those little balls of ice that you can hear bouncing off your windows. Freeing rain is of course worse and more dangerous to drive in, neither is ideal.

So, moral of this long story is that Thursday isn't great, but Friday is even less great, worse I think is what they say. It's going to be a mess too.