Powerful storm with wind and rain late Monday into Tuesday

Power outages are becoming likely Monday night. Some places could see more than 4" of rain in total. 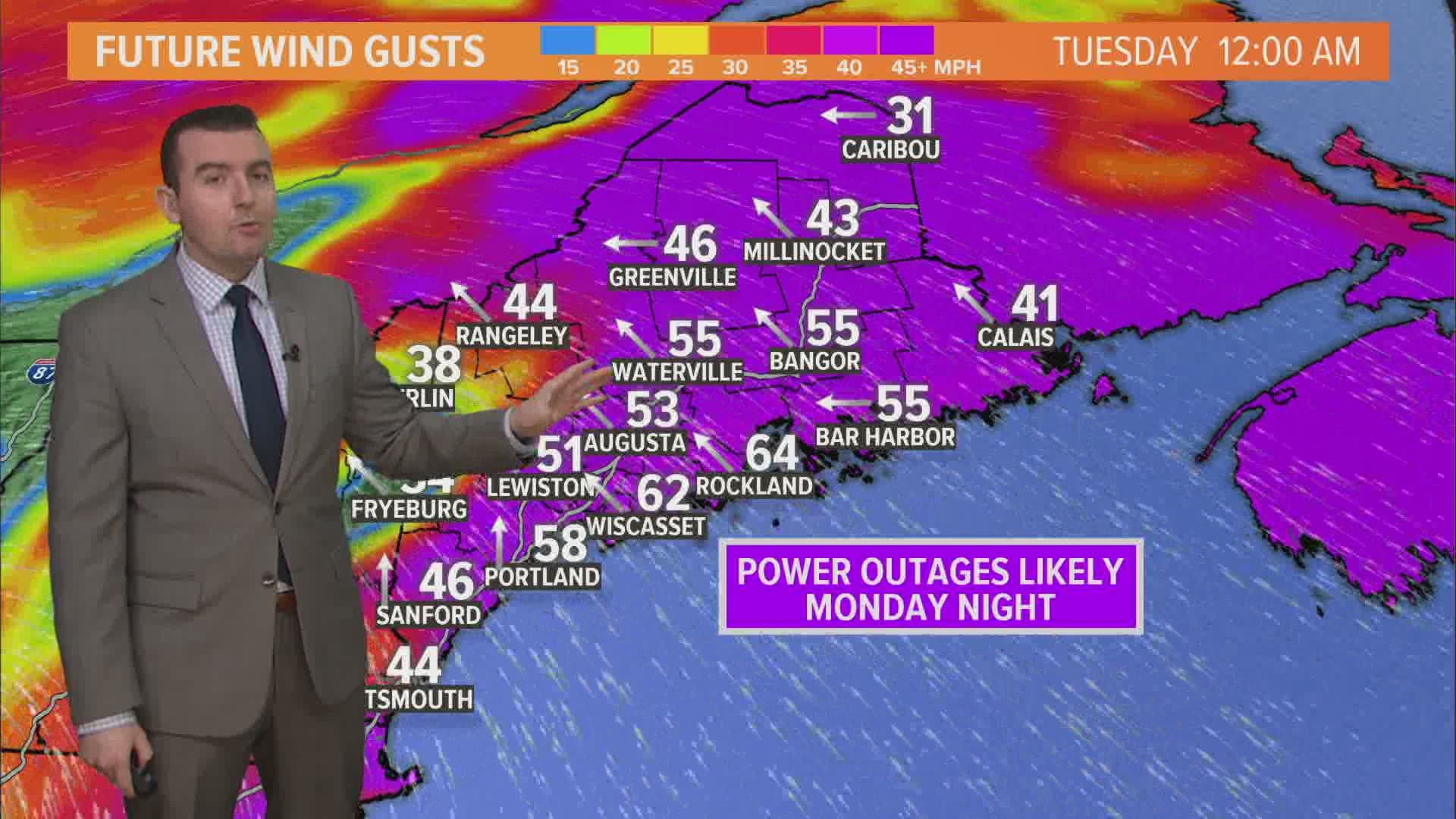 MAINE, USA — A powerful storm will be moving in late Monday. It's great news we'll get a solid soaking rainfall, which will continue to ease the drought. Unfortunately, wind is a growing concern.

It's a big system that will be cut-off from the jet stream, meaning it won't be in a hurry to get out of here. It'll also send a bunch of tropical moisture up in our direction, leading to the heavy rain.

Also of concern is the "low level jet," a current of very strong winds a few thousand feet above the ground. Many of our wind storms in recent years have stemmed from this. The core of the jet, up to 75 MPH, will be overhead late Monday night and Tuesday morning, pointed right at coastal Maine. The strongest winds will stay aloft, but when it's pouring rain, the rain is able to transport some of the gusts to the surface.

That said, gusts of at least 45 to 55 MPH are expected. Without leaves on the trees, we can handle wind of this level better than we could back in August or September, but still some outages would occur.

However, gusts to 55 MPH or even 60 MPH are a growing possibility near the coastline and in higher elevations. If the gusts do get this strong, more widespread tree damage and power outages are on the table.

At this point, I think outages are likely, it's just a matter of how many. Below is one model example of gusts around midnight Monday night.

As for the rain, it may come in two waves, the first later Monday into Tuesday morning, dropping a widespread 1-3". A second wave of rain could come north Tuesday afternoon, and that would push some spots over 4", especially in Midcoast or Downeast Maine.

Since it's been such a dry year, river flooding is not expected. Smaller streams and brooks could fill up in the heaviest rain, and some ponding of water or minor flooding is possible in poor-drainage areas.

Keep in touch through the weekend as we get more information.