Temperatures so far this month are seven to eight degrees above average. There are some signs arctic air may come south in the next couple weeks. 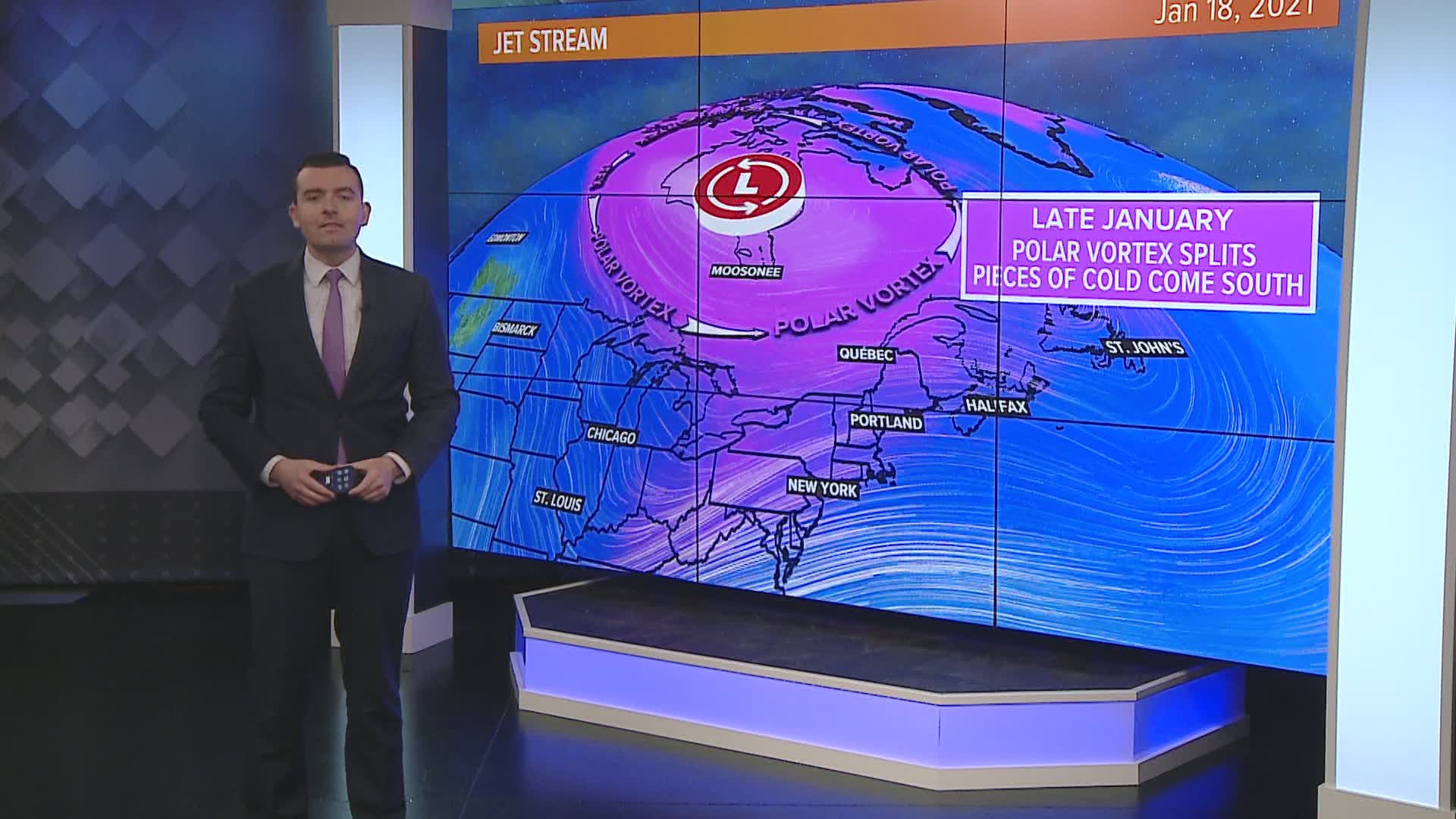 The last week has been relatively tranquil in Maine and New Hampshire, after a wild ride in mid-to-late December, including a massive snowstorm and Christmas rainstorm.

Since temperatures have been consistently above normal - we are averaging seven to eight degrees above each day.

Statistically, the coldest time of the winter is mid to late January; our average high temperature now is near 30 degrees and the average low temperature is near 10 degrees, colder in central and northern Maine.

Remember the "polar vortex"? It's a media buzz word that caught on a few winters ago. But it's a real meteorological phenomenon -- it's basically the upper-level driver of frigid arctic air in the northern hemisphere.

When it's strong, it sits up over the poles, locking cold air there.

It sounds counterintuitive, but when there's warming in the upper levels of the atmosphere and the polar vortex weakens, it can split, dislodging cold air south into North America.

For now,  our air masses are originating over the Pacific Ocean -- not the Arctic Circle. When our air comes from the Pacific, it's mild. It doesn't cool much while crossing the country.

Uh oh, someone is paying attention this morning 😂🤣 #wakeMEup https://t.co/dIjGxynVQK

But later this month, there are signs lobes of the polar vortex will come south.  In my opinion, at the moment, this does not look like an all-out arctic blast.  However, a few days of much colder than average weather will be possible next week or the week after.  If it aligns with a storm, it could mean good news for snow-lovers.  We'll see, because there's not much wintry weather to offer in this otherwise tame pattern.