What a mild November may mean for the winter ahead

November's weather can be a bellwether for the season ahead. 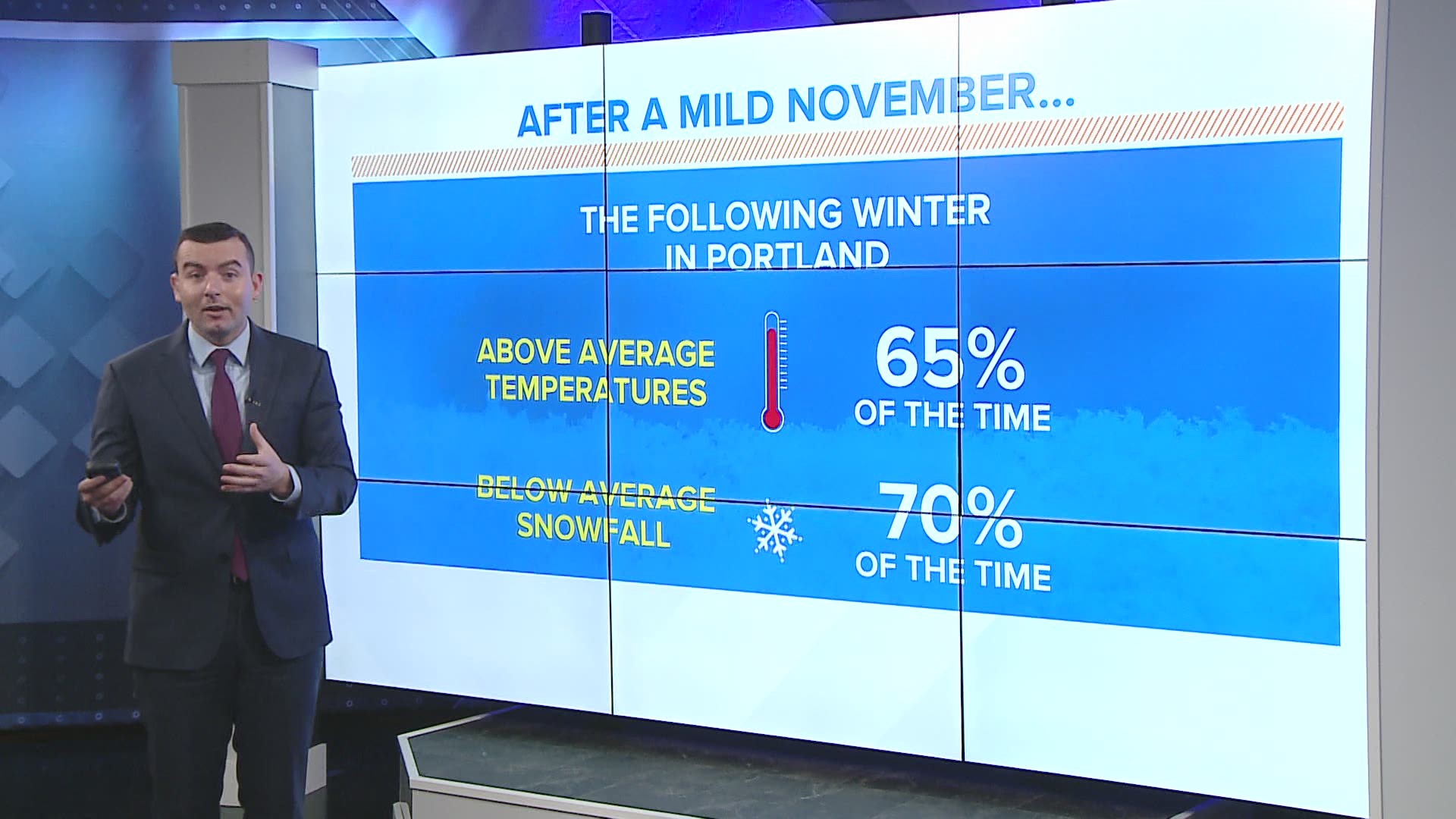 MAINE, USA — Now that we're nearing the end of November, it's becoming easier to put the pieces of the weather puzzle together, and look ahead to the upcoming season.

This run of the numbers is just for fun. Even though there may be a correlation, it doesn't mean a mild November causes a mild winter.

But considering seasonal forecasting is only a little better than the flip of a coin, when considering all of the meteorological factors, what happens in November could help tip the scale in one direction or the other.

Last year was an outlier. November was quite chilly and the monthly temperature was below average, but the winter itself (December through February) ended up being warmer than average.

RELATED: Ask Ryan: What a cold November could mean for the following winter

In northern Maine though, the warmer than average winter still included above-average snowfall.

So, where does that leave us this year?

Month-to-date, this is the seventh warmest November in Portland and Bangor; it's the eighth warmest in Caribou.

Looking at the warmest 20 Novembers on record, the pattern is strongest in Portland.

Following a mild November, the winter had above-average temperatures 65% of the time and below-average snowfall 70% of the time. This includes the least snowy season on record - only 27.5 inches in 1979-1980.

The correlation is similar in Bangor, but not as strong in Caribou.

After a mild November...