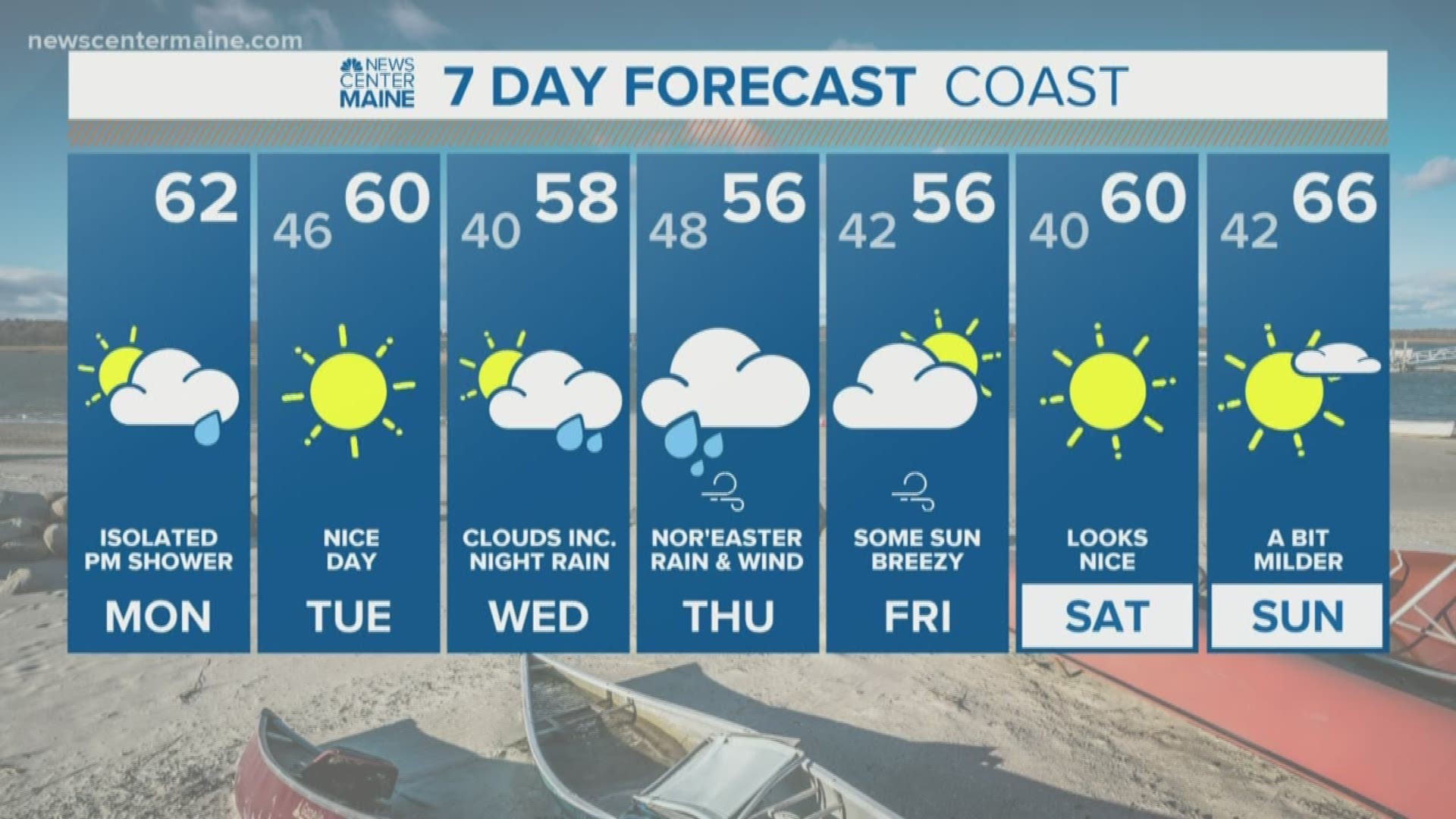 Nor'easters don't always produce snow. They're called nor'easters because of the northeast winds that accompany them, and some of our strongest ones have been rainstorms.

We have the first one of this season on the way Wednesday night into Thursday, bringing rain and gusty winds.

Wednesday morning should be nice with some sunshine, but the sky will cloud up during the afternoon.

Two systems will merge and form the storm: One over the Great Lakes, another coming from the southeast. If this were the wintertime, we'd be talking about a lot of snow.

Rain begins Wednesday night, probably around 9 p.m. in western Maine. It'll take until after midnight for the rain to make it into Bangor and eastern Maine.

The heaviest rain falls Thursday morning. The early morning hours look very wet in southern Maine, with downpours coming through. Those downpours will shift north and east during the morning.

By Thursday afternoon, the center of the storm will be over the Maine coastline, and the steady rain will taper to showers, mist and drizzle.

RAIN TOTALS: Most see between 1 and 2 inches of rain, but some spots may see a bit more, especially in New Hampshire and western Maine. The rivers and streams should be fine, given the recent dry weather. Here's one computer model projection for totals, this could shift around a bit between now and then.

WIND GUSTS: The strongest wind is likely Thursday morning. Gusts to 40 MPH are expected, especially along the coastline and in southern Maine. That'd make for a nasty morning commute. Some computer models have indicated gusts over 50 MPH are possible, but that's not a lock yet. If gusts of that strength become more likely, power outages would be a concern. Right now, it's worth watching, but not worrying about just yet.

Keep in touch with us on-air and online for updates.