The strong quake near New Zealand on Thursday was picked up by the seismometers over 9,000 miles away in Maine and New England. 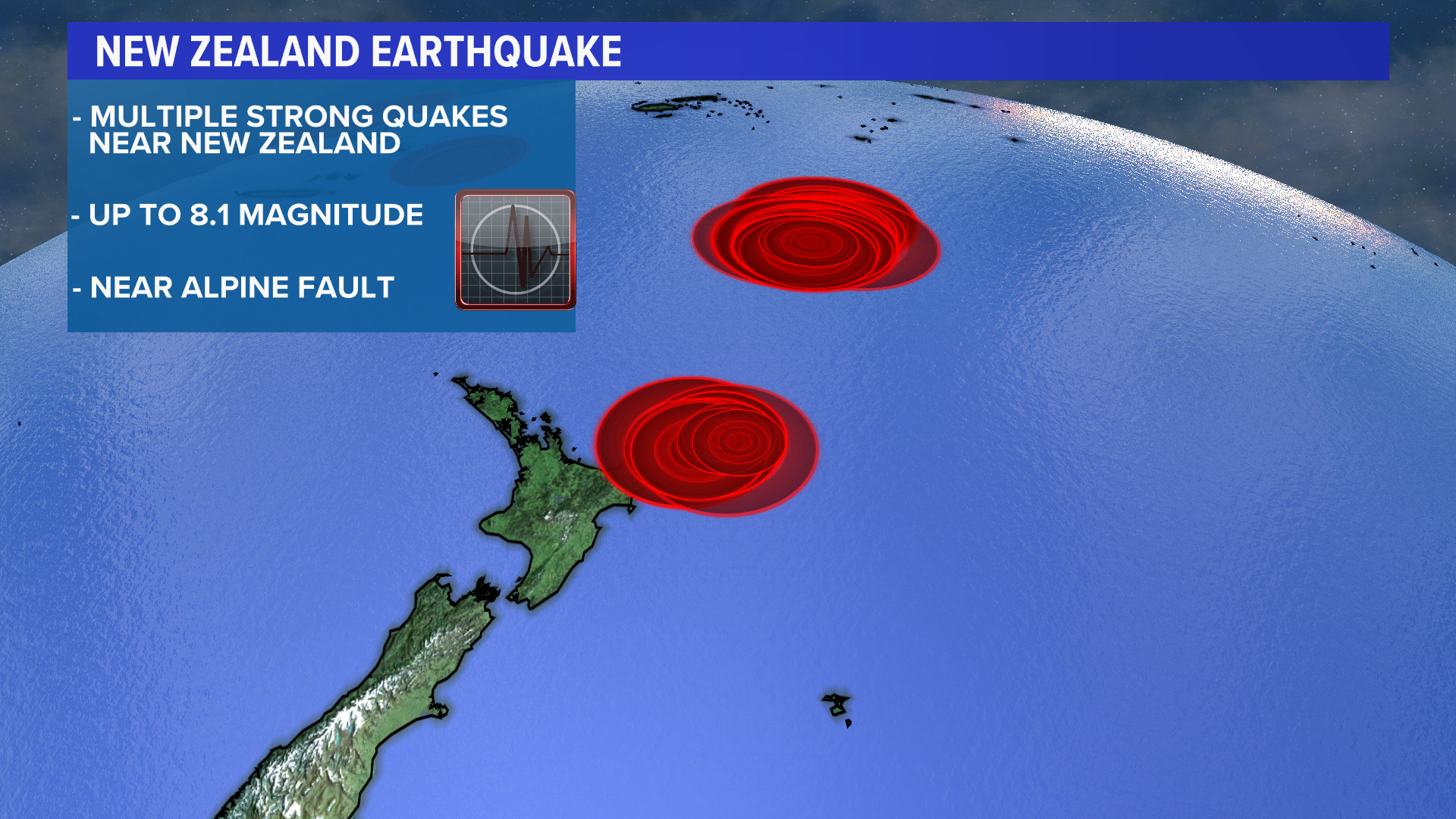 MAINE, USA — It was an active day near New Zealand, where multiple strong earthquakes were recorded.

Back in August of 2020, a strong quake hit North Carolina. I wrote about the local seismographs picking up on that activity.

While North Carolina is pretty far away, the reasons why we saw that quake get picked up by our equipment is mostly due to the makeup of the earth's crust. The harder, older rock that makes up the east coast of the United States allows the seismic waves to travel very efficiently.

You can't say the same about the west coast. Sometimes, that doesn't matter, though. Thursday's quake in New Zealand showed that, even almost halfway across the globe, the activity can get picked up here if it's strong enough.

There were multiple earthquakes off of the coast of New Zealand and near the Kermadec Islands on Thursday.

In the graphic above, each red circle indicates a quake that occurred along the Pacific-Australian plate boundary on Thursday.

The strongest was in the 7.4 magnitude to 8.1 magnitude range. Impacts in New Zealand were mostly around the concern of a tsunami. As of now, there are no reports of major damage.

The seismic waves left the epicenter of these quakes and made it almost halfway across the world.

After roughly 9,000 miles, they registered on the seismometer at Colby College in Waterville, Maine.

Other seismometers in New England recorded the quake, including some near Boston.

There were no impacts locally due to this quake. Still, it's interesting to see how something over 9,000 miles away can be registered here.