More wintry weather on the way this weekend in Maine

More snow is on the way for the weekend. It looks like totals will be a lot less than the last one, though. 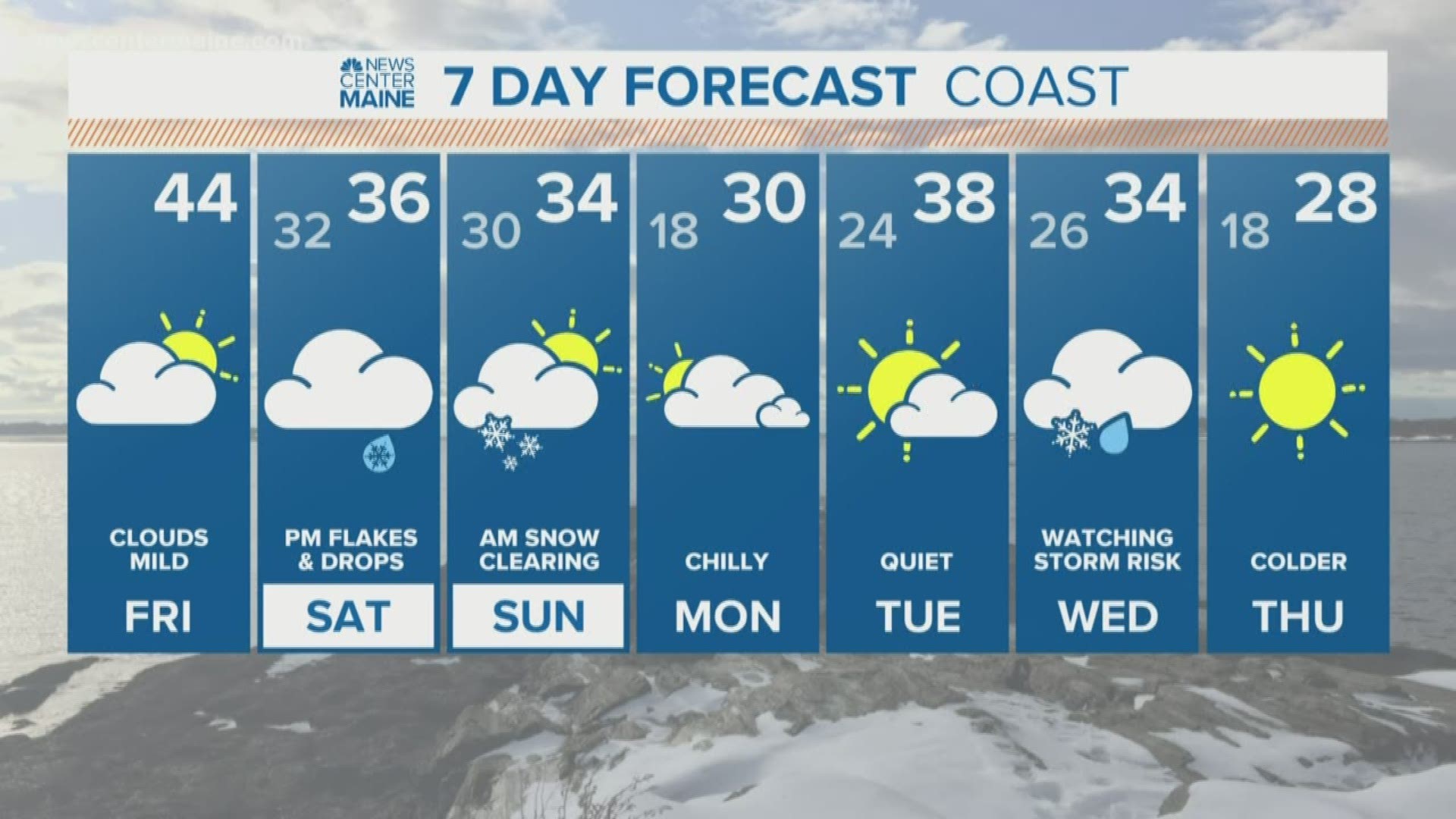 MAINE, USA — Ah, January in Maine...wintry weather makes a return this weekend. This, of course, comes as no surprise, since it's winter. While most are still recovering from that last storm, it's a good time to keep an eye on what's coming down the pike.

Here's the good news: This storm looks like it will have smaller impacts than the last one.

Here's the bad news: There will likely be some variability in the model runs leading up to it. In other words, there is some room for change in the forecast totals.

The overall system will favor wintry precipitation, despite the marginally cold air.

Credit: NEWS CENTER Maine
Some mixing will be possible Saturday afternoon before a transition to snow.

Mixed showers startup Saturday afternoon in western and southern Maine. As the evening goes on, colder air wins and the showers transition to snow. The bulk of the precip falls in these areas. There could be some light showers or flurries outside of these immediate regions, but accumulation looks unlikely. Sorry, snowmobilers...this has not been a good winter to build up the snowpack through the northern half of the state.

Snow continues overnight and into Sunday morning. Overall, snow rates do not look too impressive.

Credit: NEWS CENTER Maine
Most of the showers on Sunday will be snow.

Sunday morning brings snow to the Midcoast and up the Penobscot into Bangor. A handful of spots in the western mountains see snow continuing into the later part of the day Sunday, but most of southern and western Maine watch snow wind down in the late morning and early afternoon.

RELATED: Next snow threat: This weekend

Below are the forecast totals for the event. Most will struggle to see more than 4" of snow (unless the track changes - more on that in a second). This forecast brings a weaker system and less moisture, resulting in some suppressed snow totals.

Credit: NEWS CENTER Maine
Snow totals will be much lower than the last system, but still enough to cause some slick roads.

The uncertainty of this storm comes into play when we talk about storm strength. The low looks like it's going to pass by to our south - which is certainly a favorable track for some snow.

Some models, and especially model ensembles, do suggest a smaller chance of a stronger storm. If this was to be realized as we get closer, it could end up bumping totals up a little bit and pushing them north.

Todd will have updates in the morning, and Jess will have even more tomorrow night. Stay tuned for updates!