Another spring snow. Although, let's be real...we didn't REALLY think March would be snow free, did we? 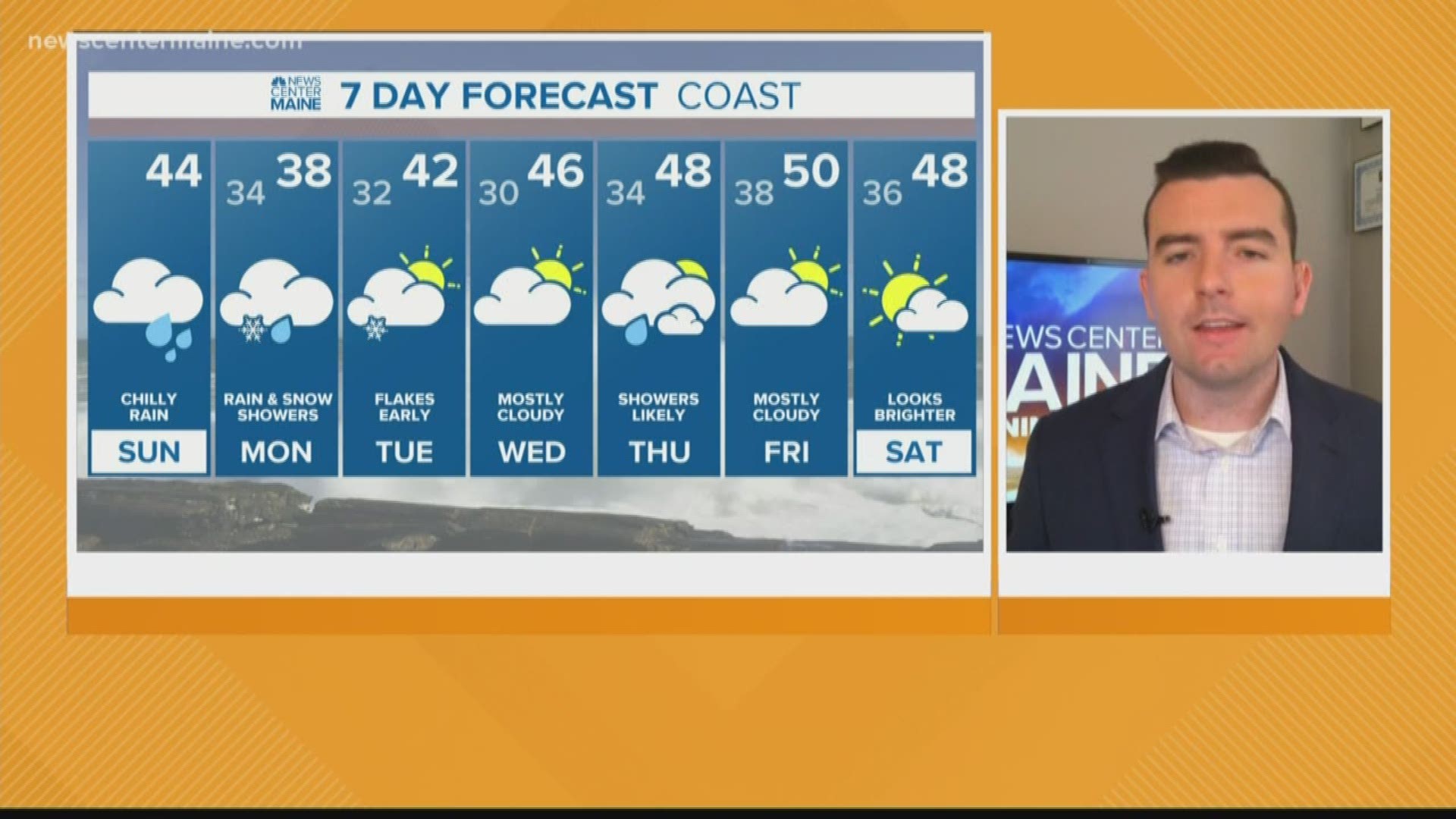 There are a couple of big pattern signals we look for each winter that signal big snow. Through most of January, February, and now March, those signals were nowhere to be found.

We celebrated the spring equinox on March 19. For the Mainers who don’t partake in winter activities, it's time to get out and enjoy some warm days! But, did we rush into the new season a bit too quickly?

Our weather pattern thinks so. The general set up for Sunday and Monday is fairly wintry in nature and brings another springtime snow event to Maine. This is the biggest focus of this article.

Credit: NOAA CPC
According to the climate prediction center, our pattern will favor cooler conditions for the next few weeks.

See this, though? Looks like the pattern is going to favor cooler days for the next few weeks. This doesn’t mean that every day will be cold, but we will likely see more below average days than above. Enough of the long term forecasting, though. Let’s talk snow!

Rain showers take over Maine through the day on Sunday.

By the evening, there will be a transition to snow in both western and northern Maine. The reason why is quite interesting.

The science behind this is pretty cool...no pun intended! As the rain falls into the drier air, it evaporates to saturate the air. It cools the air as it evaporates, bringing the temperature down.

This will result in the air being below freezing, allowing snow to form and fall.

The storm system hangs around all day Monday, too. Since we are on the backside of the storm, there will not be quite as much moisture to work with. As such, snow showers may continue, but they will be much lighter in nature.

The storm slides east on Tuesday, leaving a cooler and drier day in its wake.

When all is said and done, the highest totals will be through northwestern Maine. I think the mountains get the most snow with this one.

This event is mostly cold rain at the coastline, with better snow conditions inland.

Beyond this, the week looks relatively cloudy with a few more shower chances. This is the biggest wintry threat for the week. Beyond that, it’s tough to say. We will have to see what next week has in store for us!