Several more inches of snow on the way

The active week continues with the next storm arriving late Wednesday night. This storm plans to drop several plowable inches of snow. 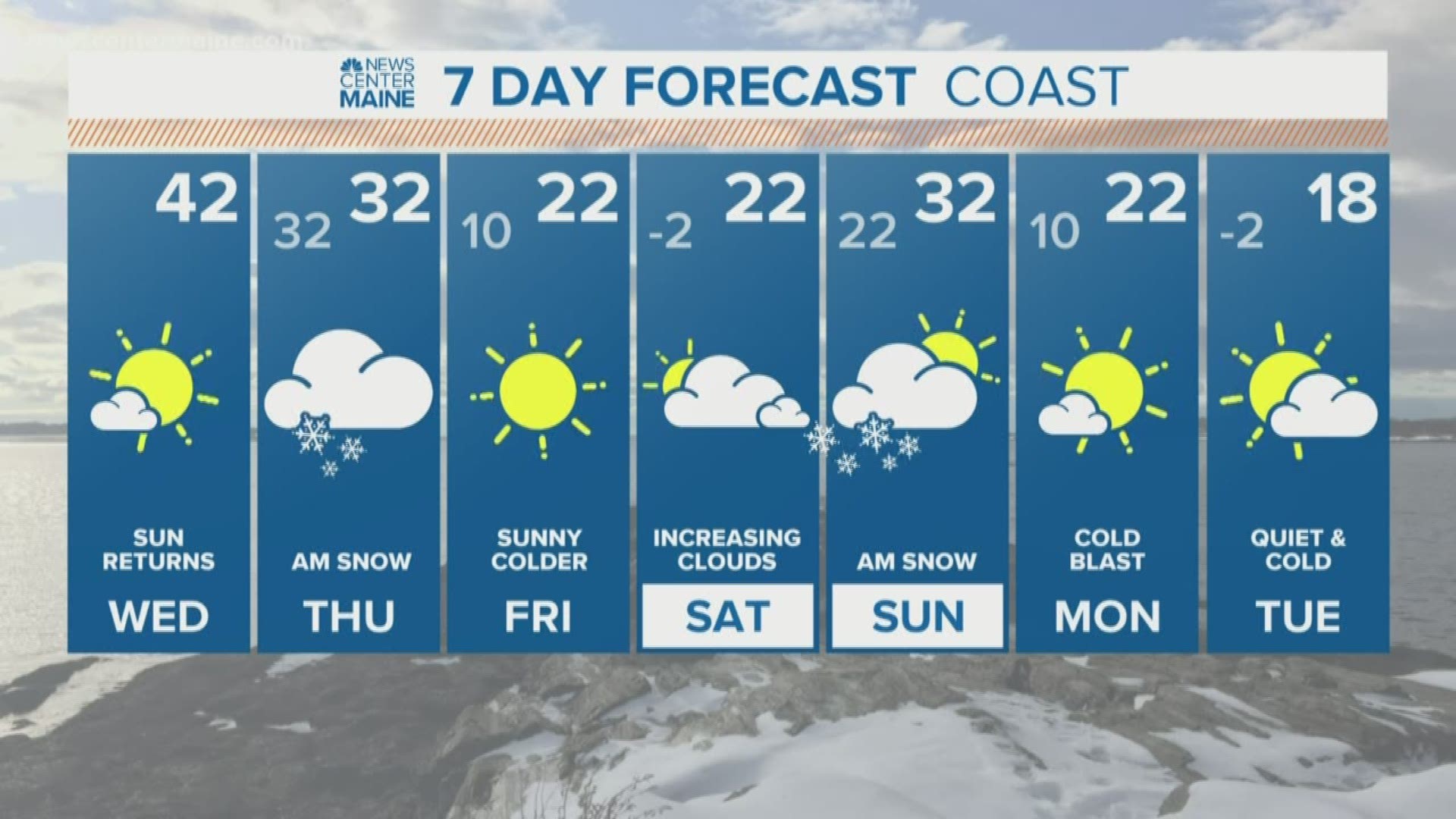 MAINE, USA — We've had some baby storms over the last few days, but bigger ones are on the way. The first of two will roll in around midnight tonight. It starts off very light, in fact I only expect to see around an inch of snow on the ground by daybreak.

The storm track has shifted a little farther south. This doesn't sound like a big deal, but it will keep us slightly colder and therefore less mixing along the coast is expected. The low will travel from the Great Lakes through Upstate New York then through Southern VT, NH and Maine but stay south of Portland. This will cut off the supply of mild air off the ocean, suppressing any mixing with rain to the York County coast and NH Seacoast.

The timing isn't ideal either, I'm expecting numerous delays and cancellations. The steadiest of the snow will fall between 6AM - Noon. The surface low will be strengthening in the Gulf of Maine, throwing moisture back into the lift generated by the approaching shortwave and a coastal front. Snowflakes will have some size to them, accumulation will be efficient for a few hours beneath some banding tomorrow morning.

The afternoon will improve quickly with snow tapering off around or shortly after noon.

Another storm is expected Saturday night into early Sunday. This one is looking similar to the one tomorrow, several plowable inches. More on this tomorrow.