Update on nor'easter; timing and totals

Snow is expected to start tapering off in Southern Maine around 9 a.m. It comes to an end in southern and central Maine by early afternoon. 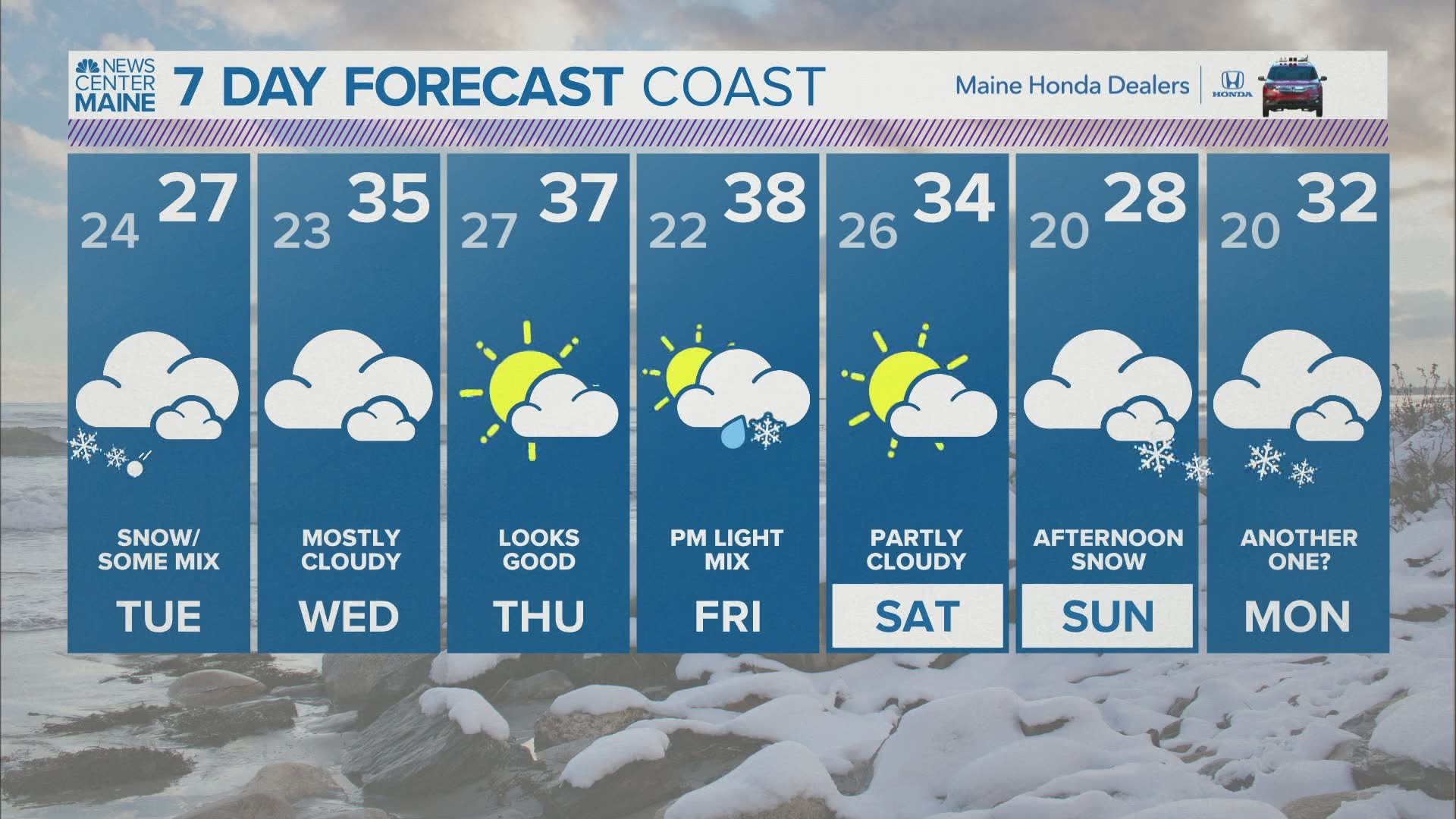 Folks will be waking up to snow Tuesday morning and likely a good amount of snow on the ground, especially in Southern Maine. Snowfall rates will be 1-2" an hour along the Midcoast and potentially into Bar Harbor.

Snow is expected to start tapering off in Southern Maine around 9 in the morning. It'll still be coming down in Eastern Maine though.

It comes to an end in Southern and Central Maine by early afternoon. We'll see some mixing along the Downeast Coast which will likely keep snowfall totals slightly lower.

Here's the map. Mountains get the most because of the "fluff factor." That's where it'll be the coldest, so the snow is lighter and fluffier and able to pile up higher. Most of us are in a 6-12" range.

Another issue will be this wind. Winds could gust 35-40 for a bit and potentially up to 45 mph. Not much of an issue as far as power outages go, but whiteout conditions are possible tonight and tomorrow along with blowing and drifting snow.

As always, please be safe. We'll be here watching it for you.