Messy Tuesday storm will have ice, and it won't be nice...

Even after the storm stops later on Tuesday, an icy mess will be left behind. 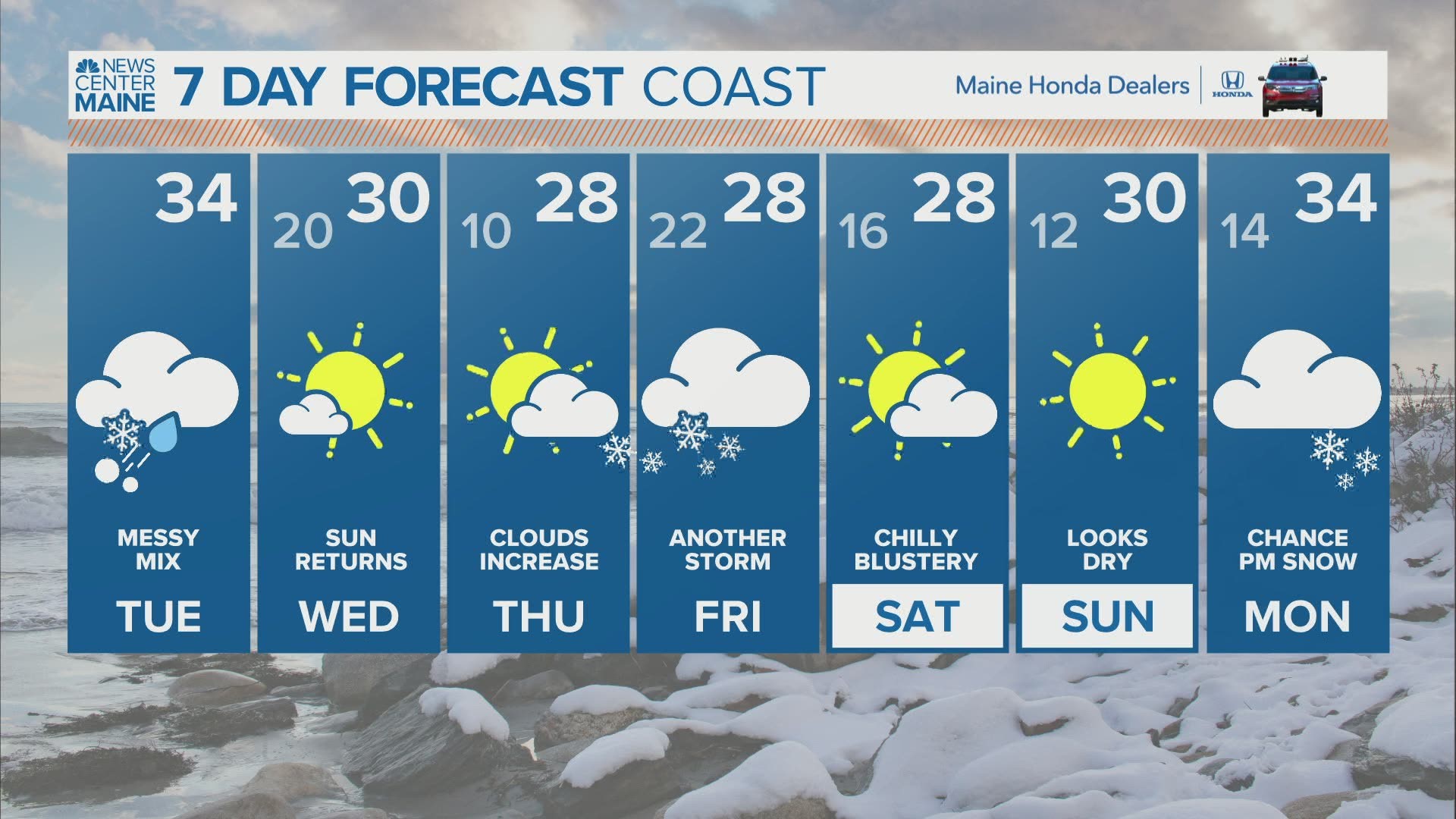 MAINE, USA — Most of us started as snow but it looks like a real blowtorch aloft which will complicate matters as far as precipitation type. That's especially true along the coastline. The coast runs the whole spectrum from snow, changing to sleet in the morning, to freezing drizzle briefly, and then over to plain rain right along the coastline.

Inland it'll be more of a battle between snow and sleet with a glaze of freezing rain possible.

The mountains should stay mostly snow but even there I wouldn't totally rule out some sleet pellets and late storm ice glaze.

By early Tuesday, it's snowing statewide.

By mid-morning, Tuesday we'll see some sleet and freezing rain mix into Southern and Central Maine and along the coast.

Note: Sleet is those little ice balls and freezing rain looks exactly like regular rain when it falls, but freezes on contact, giving everything an icy glaze. Lucky us, we'll get both.

Some rain will likely also mix in along the immediate coast.

Precipitation will start to wrap up in Southern Maine by the early afternoon, but at this point, it'll be icy in the Bangor area and farther into Eastern Maine. Again, rain mixes in along the coastline.

Storm lightens up even more by the evening. But it'll still be icy for most of us. Please be careful out there.

Here's a look at precipitation types. We get it all. Oh, joy.

Watch out for the ice especially. It could be bad in parts of Southern Maine and Central Maine from Sanford to Lewiston especially.

Snowfall totals look like this. A win for the mountains. Terrible at the coast though. Get the salt ready.

Then there's another storm Friday.

And maybe even another one on Monday.

You can find me on Instagram too: @MeteoroloJess. I do not make TikTok videos, so don't bother.