The biggest threat is likely in areas with poor drainage that tend to see standing water, but the river and stream levels will also have to be monitored closely. 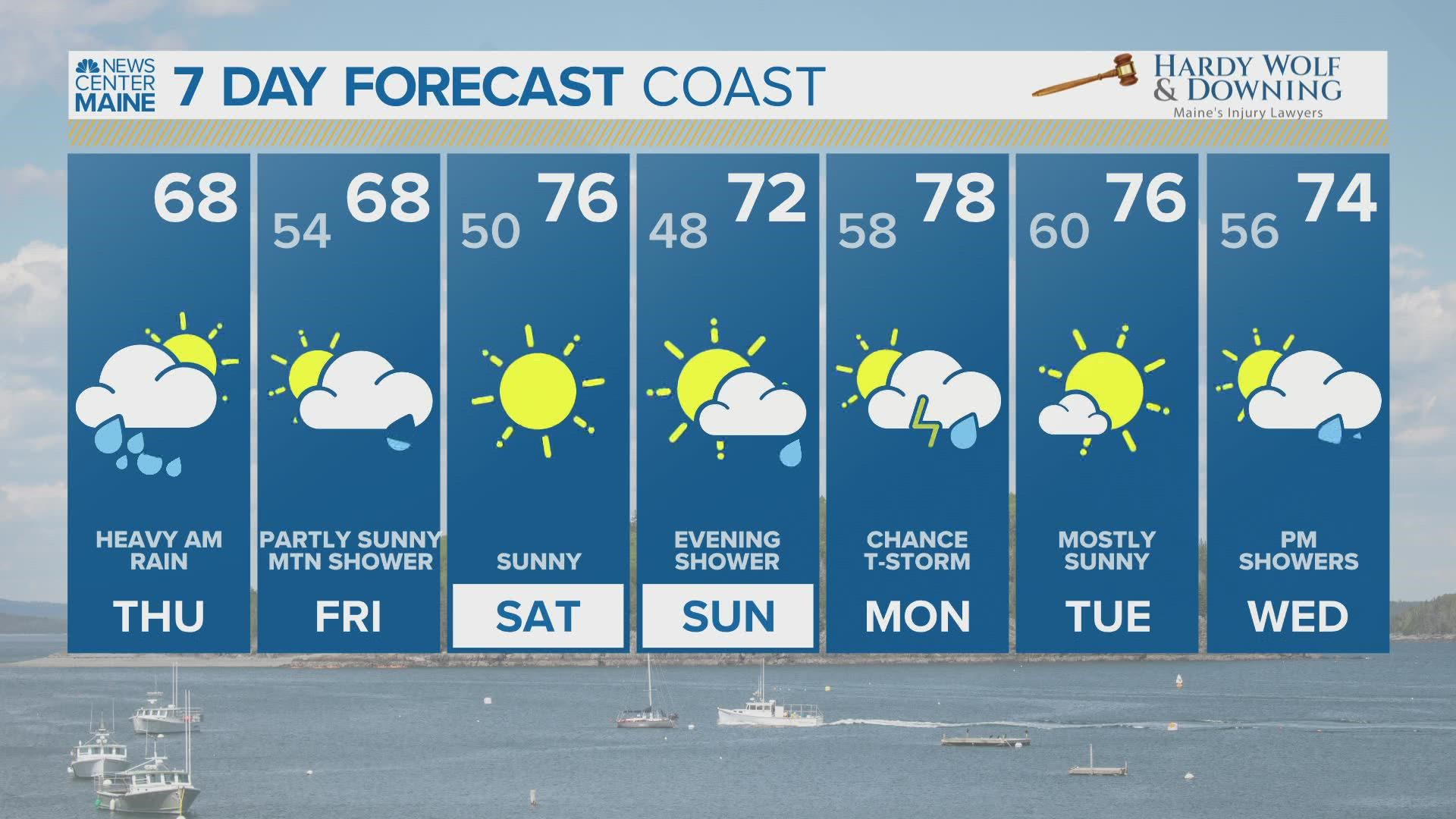 MAINE, USA — There are several flash flood warnings throughout southern Maine and New Hampshire. Check the status of your county here ➤  WEATHER ALERTS

Another day, another Maine storm.

The remnants of Ida are sending moisture north, bringing soaking rain across Maine through the morning.

The storm center tracks to our south, though, so northeast winds will keep cooler temperatures locked in place all day long.

Given the amount of rain southern Maine has seen, soils have become saturated and some isolated flooding issues are certainly possible. But the worst should remain to our south in southern New England.

The biggest threat is likely in areas with poor drainage that tend to see standing water, but the river and stream levels will also have to be monitored closely.

Expect the heaviest rain to taper off later this morning with a little sun expected this afternoon.

Flash flooding may be possible in the height of the rainfall since soils are saturated. The rain will also have impacts on the morning commute, reduce your speed!

Unfortunately, the heaviest rain will be in the areas that need it least. There is still a drought ongoing across northwestern Maine, and this rain will not end it.

RELATED: Remnants of Ida to bring drenching rain to Maine