Maine gets a little snow to start the week

No large storm is expected this week, but we'll still see some snow accumulation. 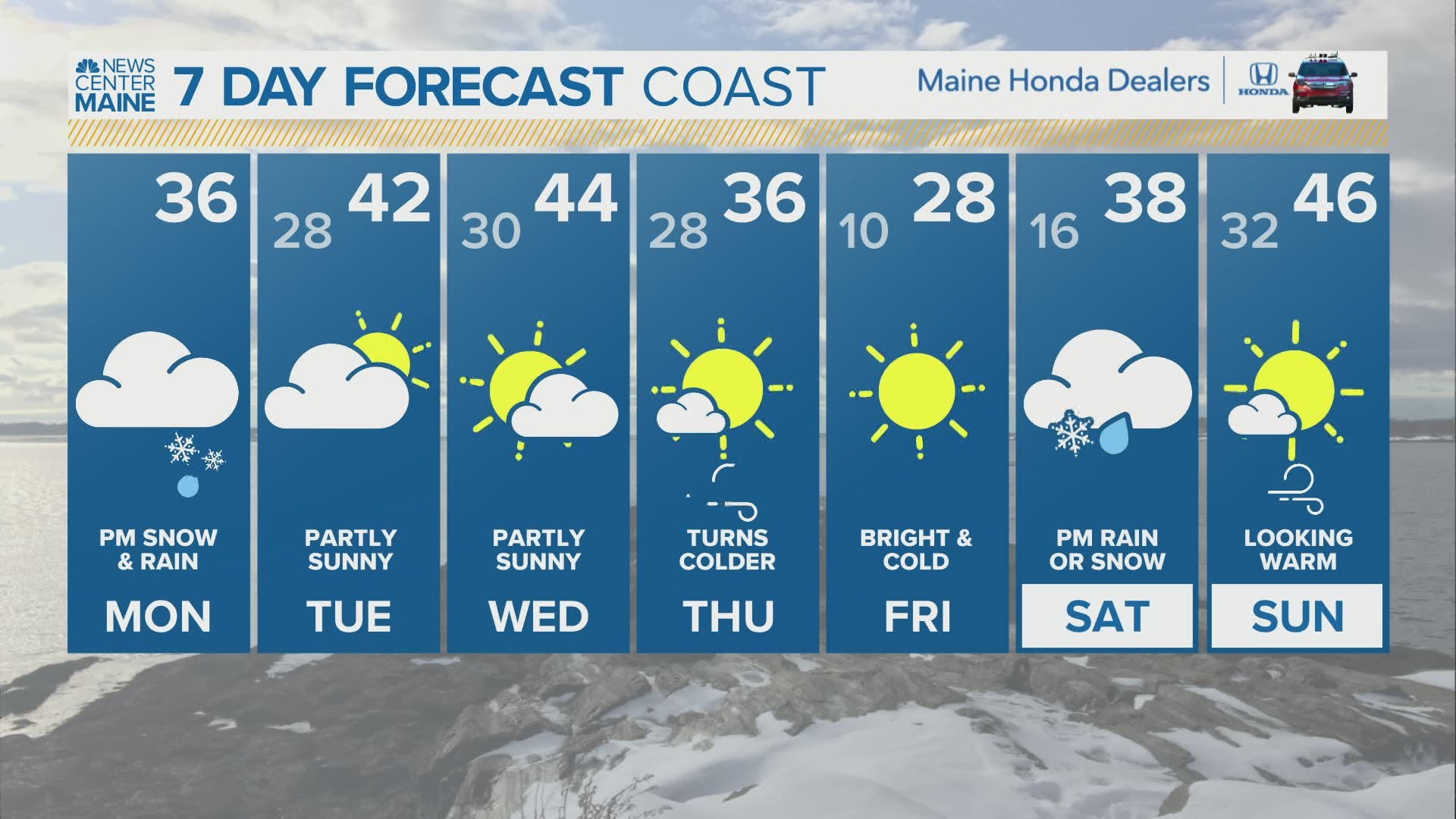 MAINE, USA — If you're a snow lover, you've been pretty happy with the month of February. So amounts have been above average with most towns in the southern half of the State picking up over a foot so far. The northern half of Maine has picked up around two feet. While no more large storms are expected this month, we'll still get some accumulation later today and tonight.

A frontal system will slide through this afternoon and evening. We'll get a burst of snow lasting a few hours long. The timing won't be great, falling during the evening commute and roads will get slushy and slippery.

Snow will start mid afternoon and mix with some rain along the coast during the evening.

Snow and rain will taper off late this evening.

In general, we are looking at a 1-3" snowfall. Some of the islands and peninsulas will see less than an inch with the milder temps and more rain.