Snow still looks likely Friday, but it will not be as heavy in Maine. Expect some slick conditions with light, accumulating snow. 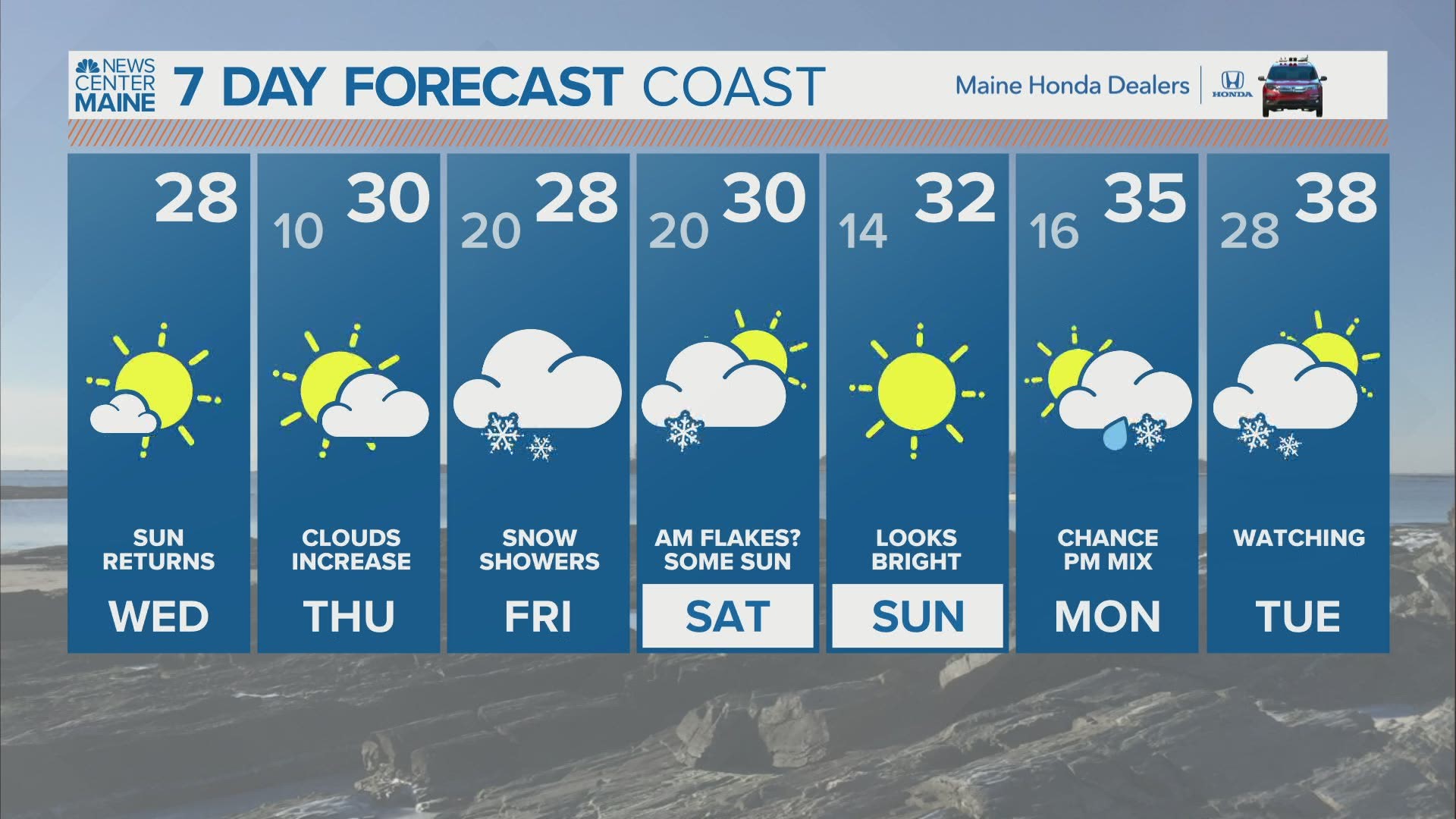 MAINE, USA — Tuesday's storm brought a mess of sleet, freezing rain, and snow to Maine. Thanks to warm air moving in earlier than forecast, most of southern and central Maine did not see very much snow accumulate before the switch to a wintry mix.

Northern areas did end up with quite a few reports of 6" or more, which was still on the low end of the forecast.

At first, Friday's storm looked prime for snow...good track, high pressure to the north to keep us cold, and decent moisture/energy.

The pattern has become more suppressed and pushed the storm south, though. While the trend is your friend for forecasting, it may not be your friend if you wanted to get more snow in Maine.

Even though this isn't "the big one," it will still have impacts to anyone trying to travel on Friday. Here's an overview of what to expect with this storm system.

The first flakes fall in southern Maine early Friday morning. Snow will stick as soon as it falls, leading to some slick conditions for the morning commute.

Central Maine and the western mountains become a bit slick through the morning on Friday, too.

Snowfall rates will not be very high here. While it could snow for most of the morning and afternoon Friday, the totals are not expected to be very high.

Snow showers linger into Friday evening or Friday night before dissipating entirely. Some areas Downeast might see showers linger through the morning Saturday.

Disclaimer: I expect this to change slightly, so check back over the next couple of days for updated forecast info!

Here's the first shot at figuring out how much snow is on the way with this storm.

The biggest area of uncertainty right now is just how much snow falls in York county and through southwestern Maine.

It's possible that we end up with a few reports nearing 6" or so of snow.

Should the storm track keep shifting south, expect these ranges to do the same.

The next shot at precip locally is Monday, but that could be more of a mixed bag. The pattern trends warmer to end off the month of February.