Isaias is tracking to our west, putting Maine and New Hampshire in line for showers, thunderstorms and gusty winds tonight. 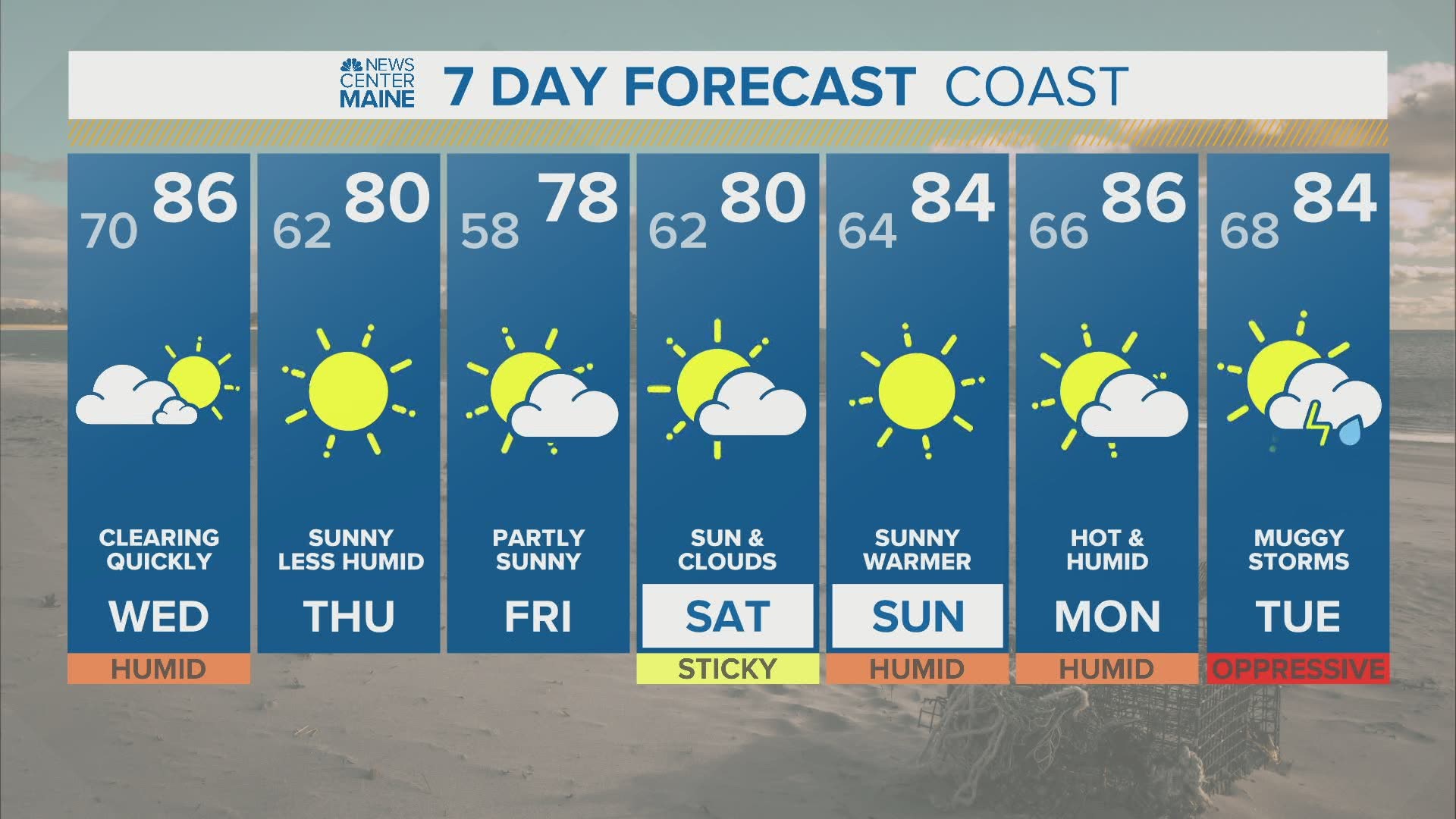 It's now picking up forward speed and its center will track through western New England tonight. The track of the storm has shifted west a bit - falling on the west side of the cone of uncertainty we were showing over the weekend.

Tropical Storm Watches and Warnings are in effect, but it's not a big reason to panic. If a tropical system is the cause of strong winds, the National Weather Service issues these advisories instead of the standard high wind ones we are used to hearing about.

The worst will come through overnight tonight.

There will be a lot of clouds today, and the chance for a passing shower or storm during the day. High temperatures will be between 75 and 80 for most.

Isaias' showers and storms move in this evening - with the bulk of the rain and strong winds between 8 p.m. and 2 a.m.

There can be thunder, lightning, heavy rain, and perhaps even a spin-up tornado. There will be tornado watches and warnings to our south, and it's possible that risk extends into Maine later today.

Unfortunately, since the storm has shifted west, we won't get a big drenching that can help ease the drought. The heaviest rain will be in Vermont and New York, with most of us picking up under an inch of water. Downeast Maine won't get much more than a few showers.

The wind gets gusty this evening. The wind gusts will peak in the 45 to 55 mph range, strongest near the coast and in western Maine. I'm only expecting a short period of potential damaging gusts - a few hours centered around midnight. While we should avoid major power outages, scattered ones are expected, so it's better to prepare.

#Isaias will bring a brief period of strong winds to Maine tonight - only a few hours worth - but gusts 45-55 mph can cause outages. Charge your phone and be ready in case. #ncmwx pic.twitter.com/QZrD4UGoNo

High tide happens around 1 a.m. Some minor splashover and beach erosion is possible during this time, enhanced by the strong onshore wind.

By Wednesday morning, the storm is gone. Wednesday will be partly to mostly sunny, with quick clearing and high temperatures in the 80s. 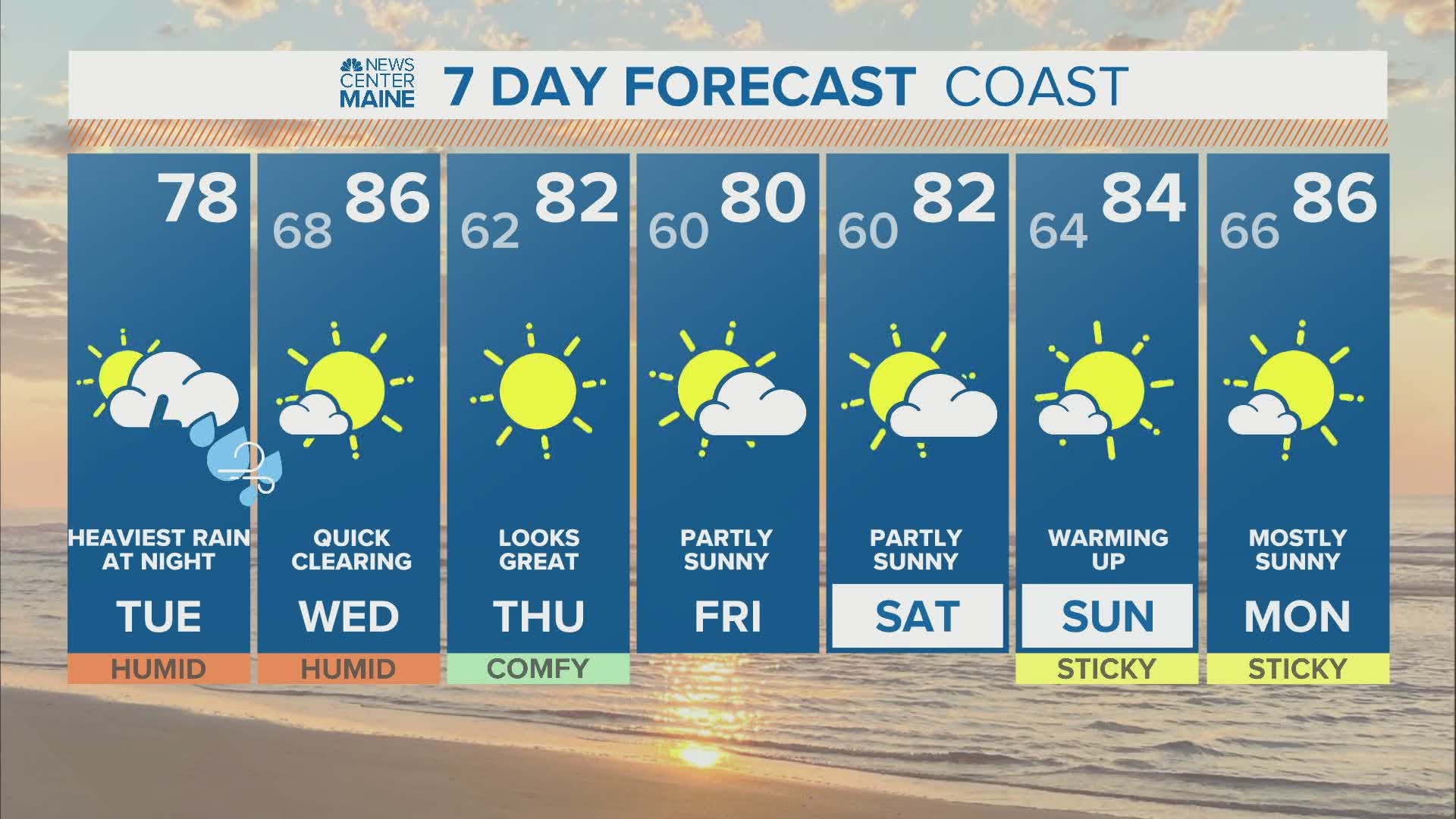