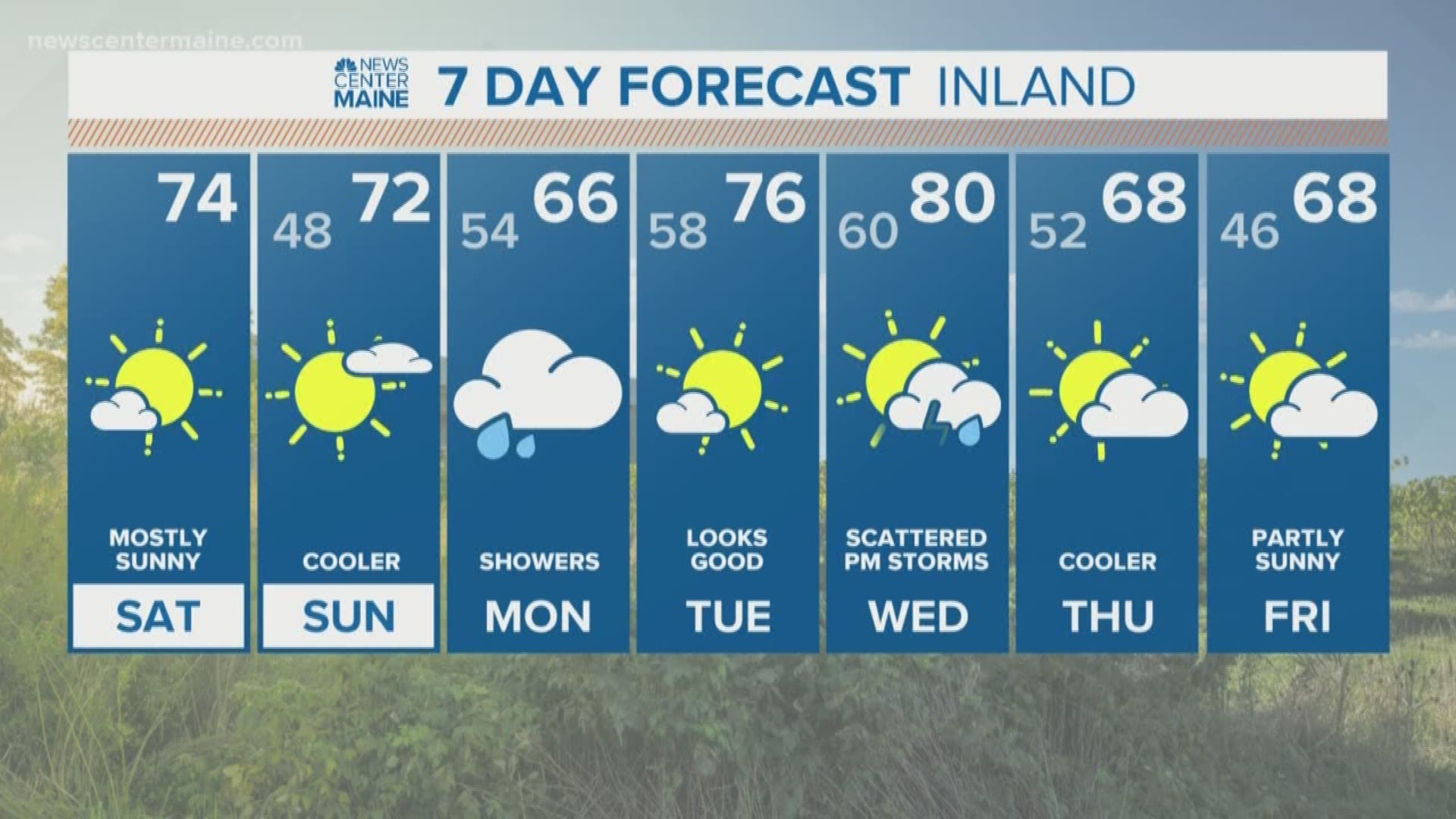 Dorian is a major hurricane about 275 miles east of the northwestern Bahamas.

The buzz-saw intensified overnight, moving over very warm water and through an area conducive to strengthening.

There will be ebbs and flows as the storm cycles, but it's expected to remain a major hurricane through Tuesday.

It's slowing its forward movement too. Right now, it's moving to the west around 12 mph, putting it on a path toward the Abaco Islands and Grand Bahama, tomorrow into Monday.

The storm will start to take a turn to the north, but when that happens is critical to Florida's east coast.

A couple of days ago, it looked like that turn to the north would occur after making landfall.

However, trends in the last day have been for an earlier turn north, before hitting the coast. If the earlier turn happens, the worst of the winds would stay over the ocean, sparing the Florida Peninsula a direct hit.

That said, a major hurricane just offshore would still cause problems in Florida. Power outages from strong wind gusts, heavy rain and major coastal erosion would still occur, even if the eye doesn't hit land.

A shift of just 100 miles back west -- well within the National Hurricane Center's cone of concern 3 to 4 days out -- can't be ruled out yet.

But even the NHC says additional adjustments away from Florida may be needed if the current model trends continue.

While this is better news for Florida, bringing an impact more like Matthew in 2016, it's more concerning for the Carolinas. But even there, its path is still quite uncertain; it may take until Thursday for the storm to move that far north.

Beyond that, it's impossible to say what its remnants would do. Whatever is left will probably move toward the northeast next weekend, but that's pure speculation at this point.

The bottom line: The news this morning is a bit better for Florida, but they're not out of the woods. Coastal Georgia and the Carolinas need to watch this one too.