Henri to bring rain and wind to Maine

The worst from Henri will stay south of us, but we'll still see some wind and rain Sunday night and Monday. 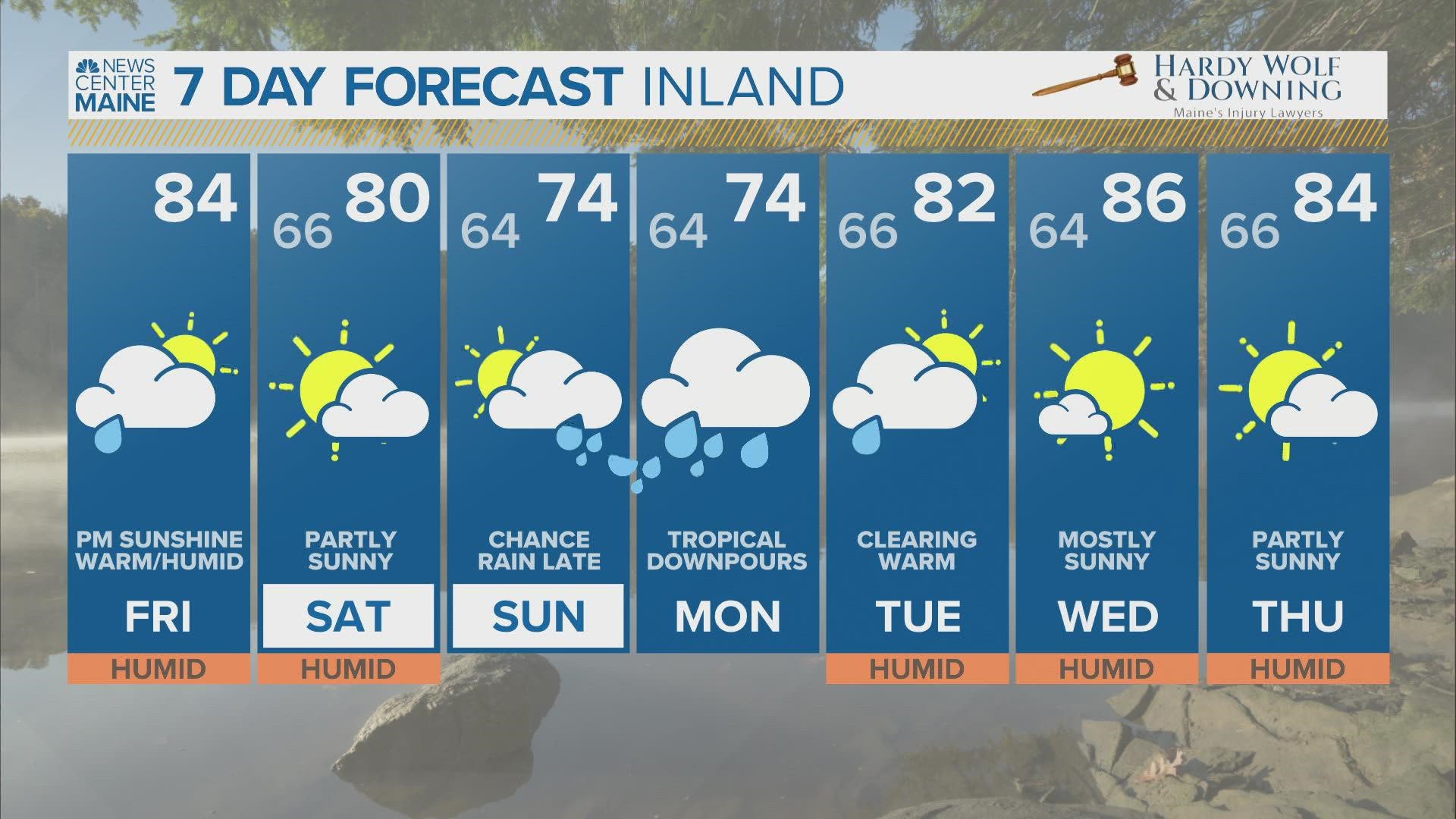 PORTLAND, Maine — We've been zeroing in on this forecast for the last few days and it now appears likely that Henri will impact us here in Maine and New Hampshire on Sunday night and Monday.

Henri is still well south of us, between Bermuda and the Carolinas. But it's about to turn north and head for New England. A landfall is likely sometime Sunday afternoon on the Massachusetts or Rhode Island coastline and it may be a weak hurricane at that point, bringing big problems to southern New England.

The track and timing is interesting to me. Most landfalling New England tropical systems get picked up by the westerlies and race through. This limits the weakening and causes widespread problems over many states.

But Henri is different. It will get trapped in a blocking pattern and stall over land in Massachusetts, allowing it to decay and weaken. By the time it gets to us, it will be a shadow of its former self. This should be a savior for us here in Maine.

I still expect impacts, however. Once again we're going to see pockets of very heavy rain. Torrential, tropical downpours will give us more drainage issues Sunday night and Monday. Rain amounts may top 2 inches in spots.

Along the coastline, large waves and breakers are expected, as well as rip currents. We also have a full moon, and high astronomical tides because of it. Minor coastal flooding and splashover is expected Sunday night through Monday night.

I suppose, collectively, wind and power outages are the biggest concerns. The breeze will kick up Sunday afternoon and night, and may gust to around 40 mph along the south coast of Maine and the New Hampshire seacoast. The ground is saturated from recent rain, so that's something to consider. But with the weakening storm, the big gusts probably won't be there and widespread outages are unlikely at this time.

While it's still a few days away and things can change, I feel good about avoiding the worst from Henri. The majority of our guidance keeps Henri just south of us and weakening over land before it would get to the Maine coast. Keep checking back for any updates.

RELATED: Tropical Storm Henri forecast to become hurricane on Saturday, why the east coast should monitor