Heavy rain likely in Maine on Friday, unsettled this weekend

There is still some uncertainty in the forecast, but the ingredients are in place for heavy showers and a couple of strong storms. 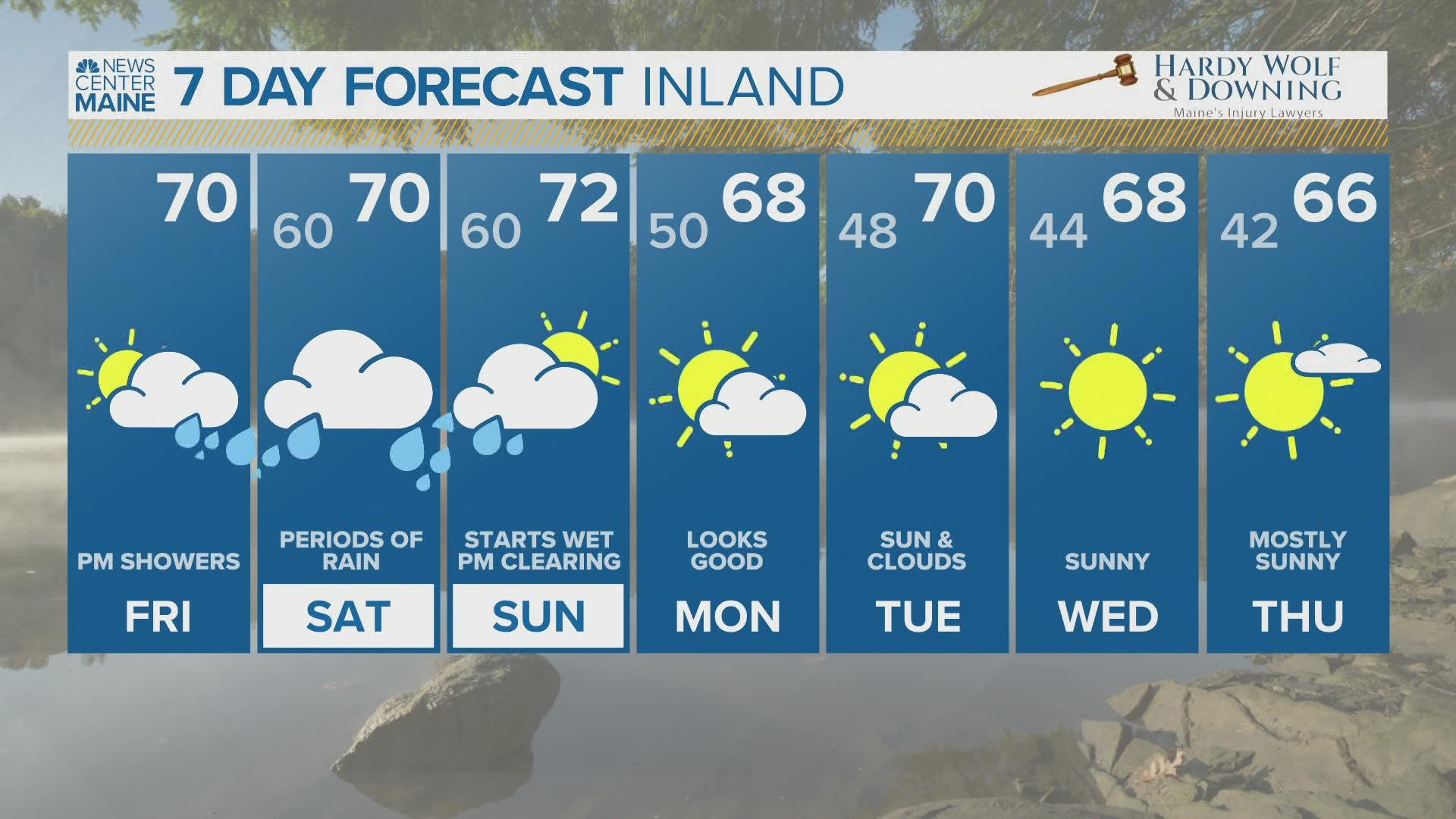 MAINE, USA — The final week of September is here, but the humidity and mild days may be more reminiscent of August.

This also applies to the dynamics in play for rain on Friday in Maine and New Hampshire.

While downpours are guaranteed for Friday, there is still some uncertainty in how this rain event unfolds further into the weekend.

Even with just 48 hours of lead time, weather models are all over the place for how this storm system evolves and where the heaviest rain will fall.

On top of the heavy rain threat, a couple of stronger storms - possibly strong enough for a weak tornado - are possible on Friday.

On Friday afternoon, a line of storms along a cold front will be approaching Maine from the west.

Still intrigued by the spin up tornado risk in central NH and western ME tomorrow. Abundant moisture, plenty of shear, and just a little bit of instability (top overlay) could be enough to get something to spin. Any storms that pop will need to be monitored tomorrow #NCMwx pic.twitter.com/fKGaqP0WSM

Ahead of this, there will be a few ingredients in place that could allow for some stronger storms to develop:

The biggest question is whether or not there will be enough energy for those storms to use.

The storm prediction center is also highlighting this area for a low chance of severe weather.

Again, the tornado risk is low, but it is certainly there. It could certainly be windy underneath some of these storms, too. Strong wind gusts can be just as damaging as a weak tornado.

While the severe weather threat is worth mentioning, heavy rain will be the bigger part of the story.

The flash flood risk is pretty low despite the heavy downpours. The highest risk would be in the typical trouble areas or anywhere that has clogged storm drains.

This is where the forecast uncertainty comes into play. There are two scenarios here...

In the first scenario, the front stalls out over Maine. This will allow a continued deluge on Saturday, with rain totals easily making it over 2".

Flooding would become a larger risk if this scenario plays out.

In the second scenario, the front moves east of Maine, allowing for much less rainfall.

Either way, southeast-facing slopes should be prepared for persistent heavy rain. Wind out of the southeast will run up against the mountains, which will effectively keep the showers going and squeeze the moisture out of the air.

For now, I think this is a pretty good call on forecast rain amounts. The highest are most likely in the mountains of NH and Maine, with a second bullseye somewhere near or east of the Penobscot River.

The uncertainty in the forecast also has implications for when sunshine will return.

As it stands, we're quite confident in some lasting downpours on Saturday. If the front is faster, Sunday could be quite nice.

If not, Sunday would be wet just about everywhere.

Check back in with us for more updates later this evening. I'll also be posting about this on my Twitter, @MikeSliferWX.