While flakes may fly for most of the day Friday, it will take a while for them to actually stack up. Some slick spots still expected. 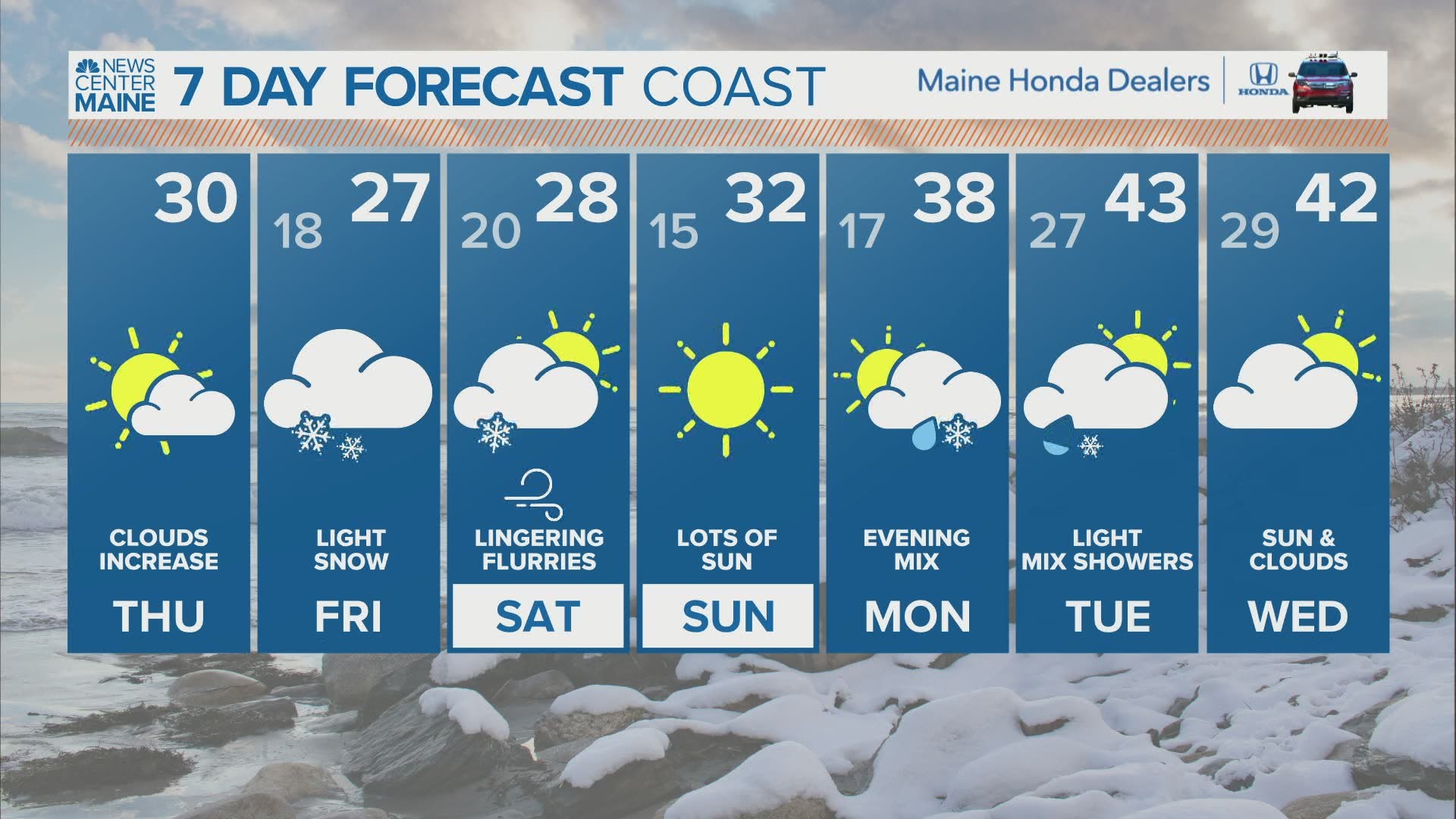 Quick aside before we get into the forecast...

Recently, at least for us in Maine, it seems our weather model capabilities have slipped some. There are always tweaks going on with them, and they generally get better.

The past few months, though, have not been kind locally. It seems models have struggled to get a good handle on most of our storm systems, giving us guidance that is sometimes erroneous and flawed.

While I'm not sure on all of the reasons this may be happening, I am sure that it has led to some wonky outcomes in model guidance.

This storm started off with an impressive look, but as we get closer, it becomes less organized and much less impressive.

No big changes here. I expect snow showers to start overnight, mostly after midnight. The first spots to see flakes will be the southwestern parts of Maine.

With temperatures well below freezing, any snow that falls will stick. Slick roads are still expected on Friday morning.

Most of the snow will be south of Fryeburg and west of Augusta by this point.

Light, spotty snow showers continue in the afternoon. Showers will spread east gradually through the day, bringing light snow to Bangor and Downeast areas sometime in the afternoon or evening.

The reason why these showers will be light and spotty is due to the southern track of the storm.

Since the strongest energy and moisture stays away from Maine, the highest snow totals will also be displaced.

Blustery, cold conditions are on the way Saturday. There will be some scattered snow showers, too, but accumulation looks inconsequential.

Sun returns for Sunday, with a second storm looming for Monday. Right now, it doesn't look like a very impressive storm.

Totals from this system still look pretty small, except for the far southwestern reaches of York county. A potential 3-6" of fluff is in the cards for Kittery, the Berwicks, and York.

Lewiston-Auburn, Rangeley, Augusta, and Bangor could see a coating or an inch. North of that, there isn't enough moisture to get any accumulation.

Overall, I expect some minor impacts for this long-duration snow event.

We'll get more details on the next one as we get closer.